Jodi Rudoren, a senior editor and digital leader at The New York Times, will be the new editor-in-chief of the Forward, a storied institution in the process of digital transformation.

Rudoren is currently an Associate Managing Editor at The Times in charge of Audience Strategy, a role she has pioneered over the last year. In more than two decades at The Times, she has served as Jerusalem bureau chief, Chicago bureau chief, deputy international editor, education editor and deputy Metropolitan Editor.

“I am thrilled to be joining the Forward, a storied institution ready to reinvent for this digital moment,” said Rudoren, 48, who was also one of the seven authors of the New York Times 2020 report on newsroom innovation.

“This is a critical moment for local and identity-based journalism, and a crucial moment in the American Jewish story,” she added. “We need independent reporting, provocative writing and dynamic storytelling that connects people to their Judaism, and we need a platform for civil discourse about all that divides us. I hope the Forward can help forge new models for sustainable, nonprofit newsrooms that put readers at the center of all they do.”

Established in 1897, the Forward — originally the Jewish Daily Forward — remains deeply meaningful to multiple generations of readers. The publication reaches 2MM digital readers a month, a third of them under 35. Its last print issue shipped in March 2019; the Forward is now a fully digital property.

The Forward’s hallmarks include groundbreaking investigative journalism; demonstrated commitment to hosting the American Jewish conversation from multiple ideological points of view; celebration of Jewish culture, both high and pop; and exploration of what it means to be Jewish in America today. It also continues a 120+ year tradition of publishing in Yiddish, with content created by a separate Yiddish editorial team.

“We are thrilled to have someone of Jodi’s talent and experience leading our team,” said Rachel Fishman Feddersen, CEO and Publisher. “Jodi’s journalism is of the highest calibre, and that combined with her passion for invention and mentorship, make her a dream addition to our group.”

Rudoren will lead the editorial vision for the Forward, growing the Forward in new ways, for a rapidly evolving world. She’ll assume her duties in September.

At The Times, Rudoren oversees the Reader Center, newsletters, search and initiatives to deepen engagement of international readers and women. She was the executive producer of “One in 8 Million,” a multimedia series that won an Emmy Award in 2009, and also was the founding editor of Metropolitan, the print Sunday local section.

A graduate of Yale University and the mother of twins born in 2007, Rudoren also serves on the board of the Fuller Project, a nonprofit newsroom doing groundbreaking journalism on issues that impact women. 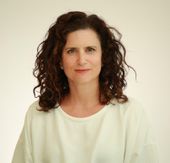 The Forward Names Jodi Rudoren Its Next Editor-In-Chief