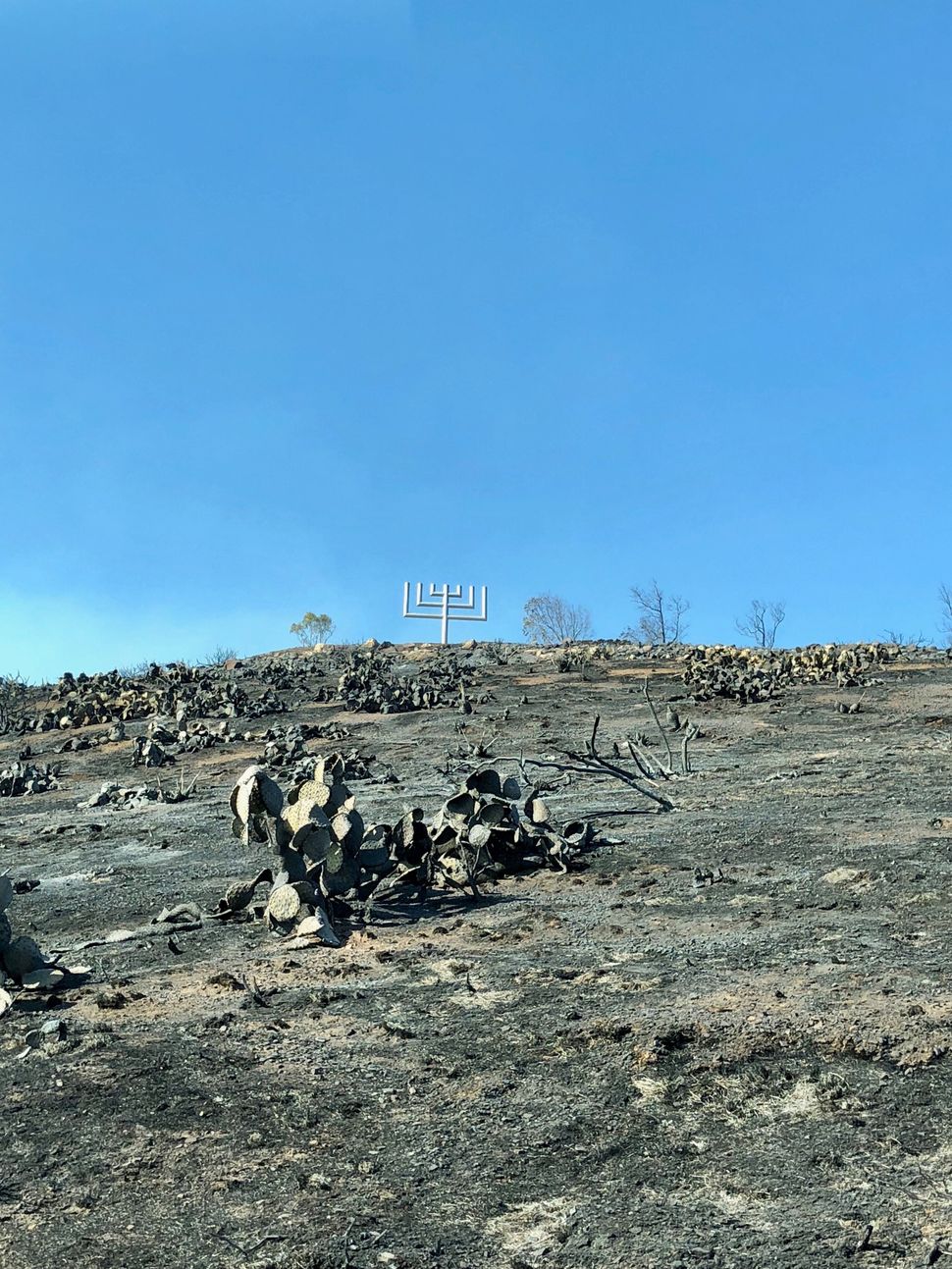 A fire-scarred hillside left behind by the 2018 Malibu fires that destroyed Wilshire Blvd. Temple’s Hilltop and Gindling camps.

For nearly two weeks in late November 2018, wildfires ravaged parts of Los Angeles and Ventura counties, much of the damage in and around the oceanside city of Malibu. The fires burned nearly 100,000 acres, destroying 1,643 structures and killing three people.

Within hours, camps that hosted hundreds of children each year – and created decades of childhood memories – were reduced to ashes.

Their demise prompted Temple officials to relocate activities last summer to Cal State University Channel Islands in Camarillo, a town midway between Santa Barbara and Los Angeles in the foothills of the Santa Monica Mountains, not far from where the fires burned.

With the Temple’s original camps millions of dollars and years away from reopening, plans have been underway for a return this year to the CSU site. But like so many other summer activities awaiting measure of the coronavirus, everything from major league baseball to family vacations, it all depends on guidelines from state and federal authorities that will determine whether they can operate safely.

While some Jewish camps, including those affiliated with the Union for Reform Judaism, have announced they would not operate this summer, others are waiting for official guidance from the Centers for Disease Control and Prevention as well as state and county authorities.

Wilshire Boulevard Temple, the largest Reform congregation in California but not a member of the URJ, has been hosting kids at its summer camp for decades. And in that capacity, said Steve Leder, the Temple’s senior rabbi, they play a much larger role in Jewish life than providing weeks of activities every summer. 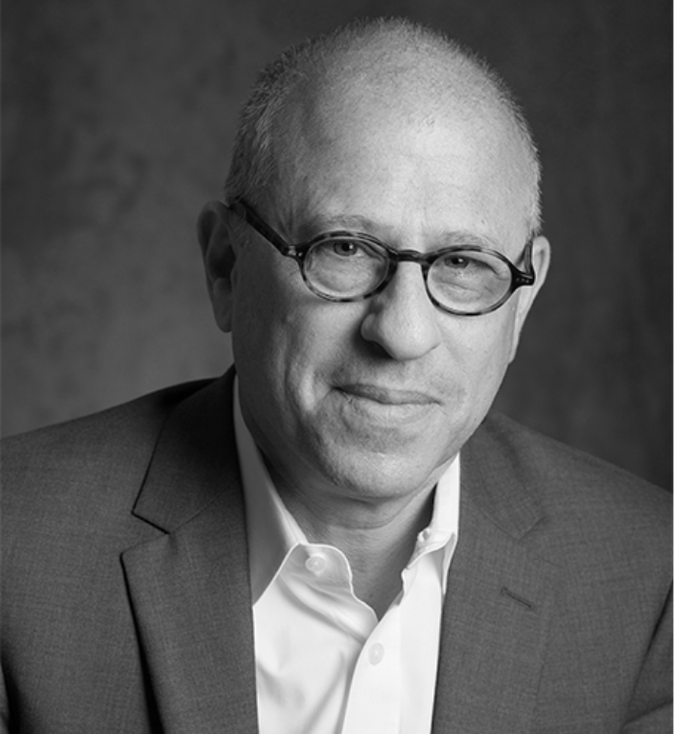 “The more important question,” he added, “is what does Jewish camp mean for American Judaism. Outside of the Orthodox community, nothing has created and sustained the Jewish community more for generations than Jewish summer camps.”

He used himself as an example: “I was one of 70 rabbis ordained in 1987. When we were asked how many of us had a Jewish camp experience, 90 to 95 percent raised their hand. So without that experience, we might have had 90 percent fewer rabbis, and that extends to teachers at Jewish schools, principals and Jews in the pews. So much of our Jewish identity and lifelong commitment to Judaism stems from Jewish camps. I can’t overstate that enough.”

Wilshire Boulevard Temple is one of the oldest congregations in the west, founded in the early years of the Lincoln administration as an orthodox temple, Congregation B’nai B’rith. In 1929, it opened its current main sanctuary several miles west of downtown with major contributions from the early heads of the Hollywood studios — the Warner brothers, Louis B. Mayer, Irving Thalberg and Carl Laemmle. (Full disclosure: I am a member.)

Camp Hess Kramer was created in 1952; Gindling Hilltop, in 1968. The fires destroyed 79 of their buildings as well as the infrastructure for electricity, water, sewage and roads.

Today, the burned area has returned to a lush, green landscape and planning has begun for a rebirth with new structural designs, a hydrology study and geological survey in the works. Any ground-breaking remains years away. Insurance will cover some of the rebuilding costs, but only a small part. 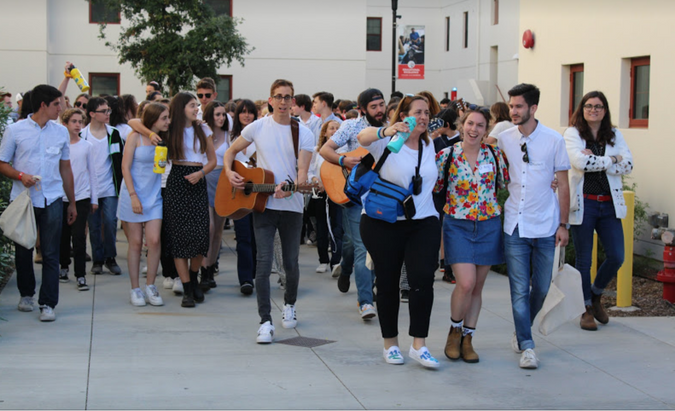 Meanwhile, the CSU site has served as a fitting stand-in. While previous years drew about 850 to the two camps for the 12- and 26-day programs, last summer’s attendance fell to about 600, the number Mr. Lynn has been expecting for this year if they get the go-ahead to open at some point of the summer..

And even if they do, he said, it’s uncertain what the scope of programming might be. 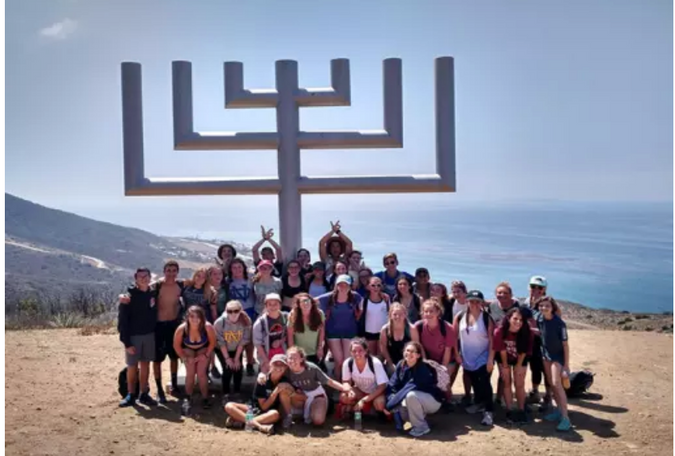 “There are two hurdles,” he said. “The first is assuring the health and safety of everyone. If we can’t promise that, we won’t open. But if health and safety are okay, the second hurdle is what would the camp experience be like.”

That would depend entirely on the federal and state guidelines. For example, limiting the number in a group to 50 or 100 is one thing, Mr. Lynn said. “But to 10?”

“Those kinds of things will determine any changes we’d have to make in a program,” he added.

Michael Janofsky is a former correspondent for The New York Times, now an editor and writer living in Los Angeles.