If you love ketchup, thank this Israeli-American partnership 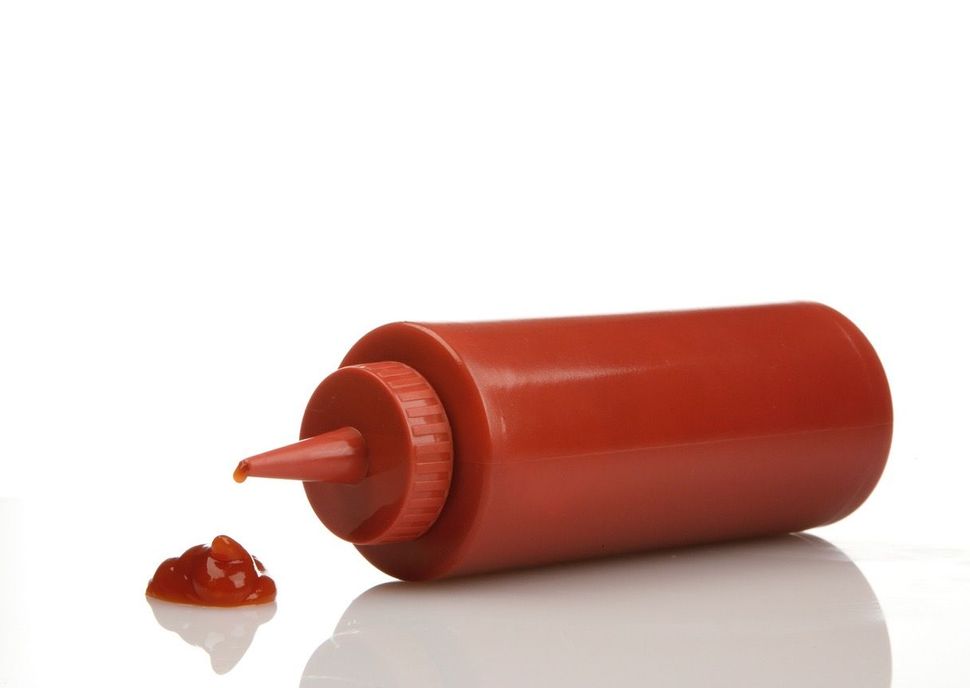 If you glopped some ketchup on your Memorial Day burgers, you may have a little-known Israeli-American initiative to thank. Chances are the tomatoes in your condiment came from California, and those tomatoes descended from genetic lines developed by a joint Israeli-American agricultural research initiative.

This year, that initiative, the Binational Agricultural Research Development Fund, known by its English initials as BARD, celebrates 40 years of research, and has much to look back upon.

A joint effort between the American and Israeli governments, the fund was first conceptualized in 1977 with the aim of solving the issues faced by the two nation’s agricultural sectors. To that end, the two countries put $55 million each into an endowment fund, and supplemented that with an extra $1 million investment each year so that $7 million can be distributed annually to researchers through competitive grants and exchange programs.

“Our two governments decided to invest in research and development that would make them better prepared for any problem,” explained professor Yoram Kapulnik, executive director of BARD.

When the first year of funding began in 1979, water scarcity was the main concern for both Israelis and Americans, but as the years have gone by, BARD funds have furthered research on everything from climate change to food security.

“Here we have a body that for the last 40 years has concentrated on bringing new ideas and invitations to reality, to cope with changing circumstances,” Prof. Kapulnik said.

Research and development is slow work however, especially in the agricultural sector which is reliant on seasonal and yearly cycles. According to Kapulnik, most innovations will take at least 15 years from conception until they get into the hands of the average consumer.

But with a decades-long track record, BARD feels that it has finally been around long enough to look back and assess the value of their work. It would seem, it has been a smashing success.

By their own numbers, BARD has funded more than 1300 research projects that have published some 5,600 papers, established 200 new agricultural practices, 40 commercial products, and over 100 patents and breeding licenses.

The innovations aren’t just known to farmers and scientists though. BARD’s funding has contributed to the development of everyday products as common as ketchup.

“We helped develop new varieties of tomatoes, tomatoes which are particularly well adapted to the conditions in California. Most of the ketchup industry depends on tomatoes grown in California, and most of them come from a genetic background developed through the BARD program,” said Kapulnik.

The fruits of BARD funding have included everything from increasing the milk yields of American dairy cows to GMO-free high-protein wheat and extending the shelf life of Israeli mangos without chemicals, allowing them to be sold abroad.

Overall, BARD estimates that every dollar invested in the program has been multiplied 20 fold in benefit. Examining just 20 of the more than 1300 projects invested in by BARD, they found a benefit of $2.7 billion to the American economy, $500 million to the Israeli economy and $13.3 billion globally.

Looking forward, Kapulnik wants to shorten the time between the inception of research and when the product finally gets into the hands of consumers. He believes that in part it is impeded by the divide between academics and the consumer industry.

“For the next 40 years, our goal is to connect academia with industry. We want them to work together from day one. Let them work together with the industry right away so we can increase practicality and shorten the time to market.”

Of course, Kapulnik finds that commercial companies are often averse to investing in early-stage research since there is a significant risk that it won’t pan out. He hopes that BARD can be the risk-nullifying agent, by providing that early funding to get research off the ground.

However, according to Kapulnik, BARD isn’t just good for farmers and the agricultural industry, It’s good for the Jews as well.

“If you don’t know people in person you have all these suspicions and prejudices. All of the sudden when you know someone and deal with them on a regular basis, it becomes an entirely new thing,” explained Kapulnik. “The Israeli and American scientists that work together through our program are friends for life and continue collaborating. We are exposing ourselves as scientists, it’s a very important window into our culture and more and more people are learning to work with us as Israelis and Jews.”

Though more commonly known by its English initials BARD, in Hebrew, the fund is known by its Hebrew initials as Kemach, a pun on the Hebrew word for flour and reference to a line from the Mishna (Pirkei Avot 3:21) “Im ayn kemach, ayn Torah” meaning ‘without flour there is no Torah,’ or as Kapulnik translates it, “You can’t study without funding.”

If you love ketchup, thank this Israeli-American partnership