Bay Area community rallies for family of Dr. Ari Gershman, killed in shooting in the Sierras 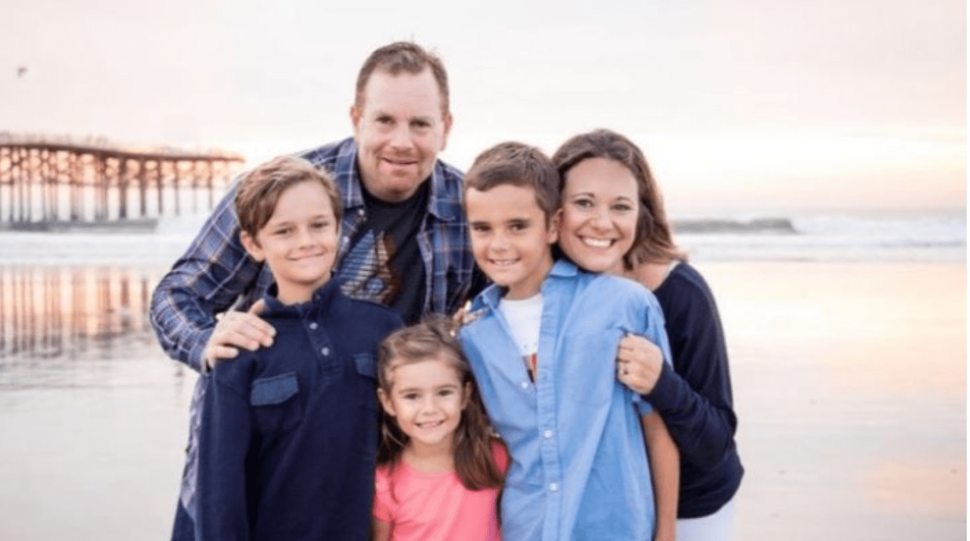 Ari Gershman (top), who was killed over the July 4 weekend, with his family. Image by GoFundMe

A GoFundMe campaign for the family of a Bay Area Jewish doctor shot and killed while off-roading with his teenage son in a remote part of Sierra County, Calif. has so far raised over a half-million dollars.

Ari Gershman, a 46-year-old pulmonary doctor who worked in pharmaceutical research, was with his son Jack when the attack occurred on July 3. They were in a brand new Jeep exploring near Downieville in the Tahoe National Forest, according to police and the GoFundMe page created for the family.

Jack, 15, fled into the woods after the attack. He called police, saying his father had been shot and that he was lost, according to a press release from the Sierra County Sheriff’s Office.

Earlier in the day, police had received a report of two other people sustaining gunshot wounds in the vicinity, near Poker Flat about 10 miles north of Downieville. The suspect was said to be driving a utility terrain vehicle. “Neither victim knew the shooter, and the act appeared to be a random act of violence,” police said in the release. The two victims were transported to the hospital with injuries reported to be non-life-threatening.

After receiving Jack’s call, officers were able to locate Gershman, who was found deceased. A multi-agency team began a search for Jack, a student at San Ramon Valley High School, that lasted the entire night and well into the next day. The agencies included the U.S. Forest Service, California Highway Patrol, California Department of Fish and Wildlife and more than five police departments from Sierra and nearby counties.

On the afternoon of July 4, with help from a K-9 tracker, officers found Jack, who had survived more than 30 hours alone, drinking from a stream, wearing only shorts and a T-shirt, according to the San Francisco Chronicle. Despite spending the night outdoors, “he was in good physical condition and did not need medical attention,” the release said. He was given food and water and transported to the sheriff’s office, where he was reunited with his mother, according to police.

Conway was a fugitive wanted by the Butte County Sheriff’s Office on a felony warrant for vandalism, battery and two counts of making terrorist threats, according to the Chico Enterprise-Record.

The case was referred to the Sierra County district attorney’s office, which had not announced charges as of July 13.

Bordering Nevada, Sierra County is one of the most sparsely populated counties in the state with a population of just under 3,000, according to the most recent census data. It had not seen a homicide in 17 years.

The Gershman family is affiliated with Temple Isaiah in Lafayette. The coroner’s investigation is ongoing and a funeral has not been scheduled, according to a spokesperson for Sinai Memorial Chapel in San Francisco, which is handling the arrangements.

A semi-private candlelight vigil is scheduled for July 14 at the family home, with pictures to be posted on social media.

“Ari was an avid bicyclist, a vegetarian, an outdoorsman, an Internal Medicine Doctor, a devoted and loving father and fantastic friend that was willing to drop anything for his friends and family,” reads the GoFundMe page. “He was witty and wise. He died doing what he loved with his son in an area he had hoped to retire in one day.”

Gershman is survived by three school-age children and wife Paige, a speech and language therapist who is undergoing cancer treatment. Paige is “in the fight for her life,” the fundraising page states.

“He was humble and easygoing,” said a former colleague of Gershman’s at Genentech, the pharmaceutical company in South San Francisco. “He really seemed like a wonderful guy, with everything going for him.”

The family’s GoFundMe page raised more than $375,000 in just two days to support funeral costs, chemotherapy treatments, family counseling and other expenses. “The financial burden is overwhelming,” the page says. 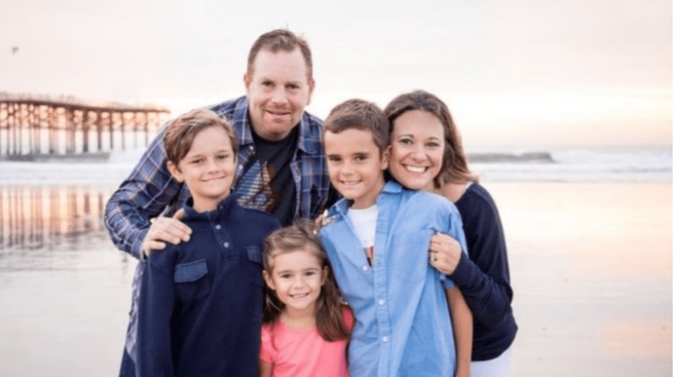 Ari Gershman (top), who was killed over the July 4 weekend, with his family. Image by GoFundMe

Jared Stratton, one of more than 3,800 donors, shared a message in support of the family along with a $5 donation.

“It is not much but it is what I can give today,” he wrote. “This poor kid went through hell for 30 hours. His mom is sick. There are also other children in the family. This is a tragedy.”

This story first appeared in Jweekly.com. Reposted with permission.

Bay Area community rallies for family of Dr. Ari Gershman, killed in shooting in the Sierras