Think you know how Jews voted for president? The data is still not clear. 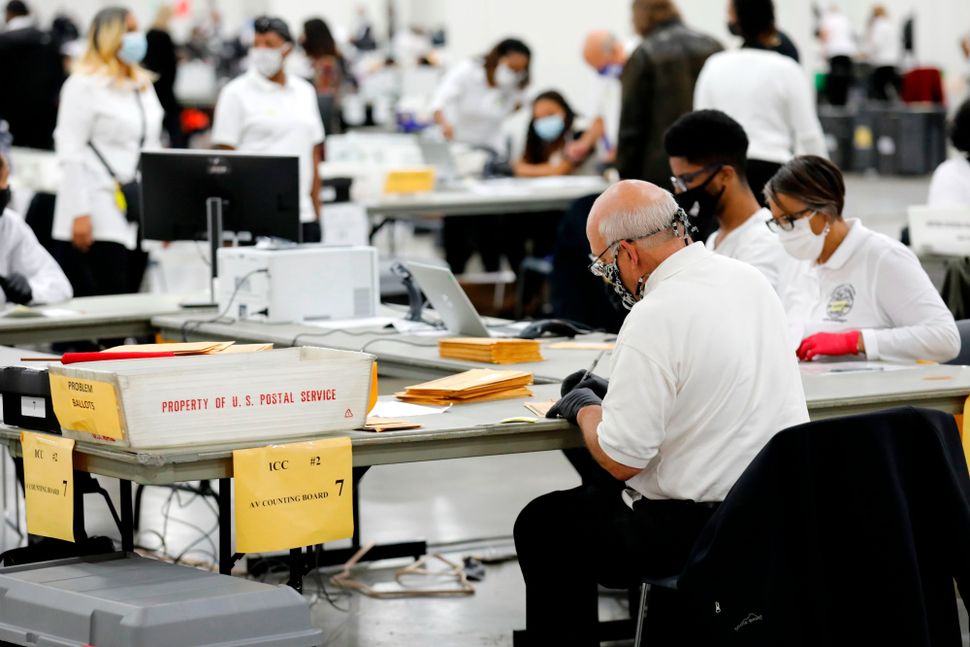 A clutch of polls on and around Election 2020 indicate that Jewish support for Democratic candidates is still stable.

“They’re not really different numbers,” said Professor Leonard Saxe, director of the Steinhardt Social Research Institute at Brandeis University. “They are in line with the more-or-less 70-30 split between Democrats and Republicans that has been in force in Jewish voting for decades.

It’s main finding was eye-catching: that 77% of Jews surveyed supported former Vice President Joe Biden compared with only and 21% for President Donald Trump. 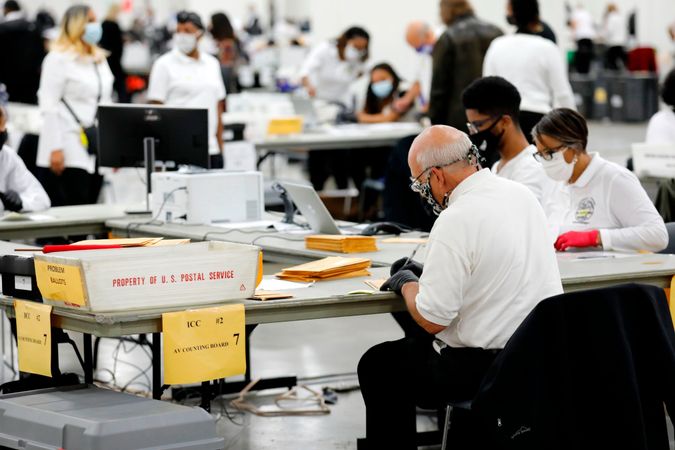 If J Street’s result was accurate, it would indicate that Jewish support for Democrats had returned to levels enjoyed by Presidents Bill Clinton and Barack Obama, in his first term.

To be sure, national polls had predicted a similar outcome. The American Jewish Committee released data two weeks before Election Day which showed that Jews favored Biden over Trump at a rate of more than 3-to-1.

Yet a survey released Tuesday night by the Associated Press, painted a different picture: Only 69% of Jews supported Biden, and 30% supported Trump.

And the Republican Jewish Coalition offered yet another scenario: 60% of respondents voted for Biden, 30% for Trump and 5% for third-party candidates.

That would also be an historically significant phenomenon; not since Michael Dukakis ran against George H.W. Bush in 1988 has Jewish support for the Democrat been so low.

Of the three, the AP’s is most likely the highest-quality poll, because it had the largest sample size — 3,315 Jewish respondents.

However, the AP’s was a national project, and Jews just one segment of the general population surveyed.

J Street made a case that its special knowledge of the Jewish population gave it an advantage that more than compensated for its smaller sample.

Jim Gerstein, whose firm GBAO conducted the survey for J Street, said that their data were more accurate than the AP’s when it came to Jewish voters, since they followed “gold standard” methodology for identifying Jewish voters formulated by the Pew Research Center.

The AP did not immediately respond to an emailed question about its methodology.

Yet even though each survey had a slightly different methodology for determining who would be included in its poll, they paint roughly the same picture of Jewish political support that we’ve seen since 1984, according to Saxe.

Getting a perfectly accurate picture of Jewish voting is difficult, Saxe added, because there are so few Jews, and therefore almost never enough to get a large sample size. There can be considerable bias between different methods of finding Jewish voters, leading to different results, even as they all hover around the same trend line.

“Nothing that happens seems to change Jews’ voting behavior,” said Benjamin Ginsburg, a professor of political science and Jewish history at Johns Hopkins University. “They are cognitively entrenched — if it’s Democratic, it’s good, if it’s Republican, it’s bad. Trump started out bad and only got worse, from most Jews’ perspective.”

Think you know how Jews voted for president? The data is still not clear.