Jewish camps are ready to open this summer. Will states let them? 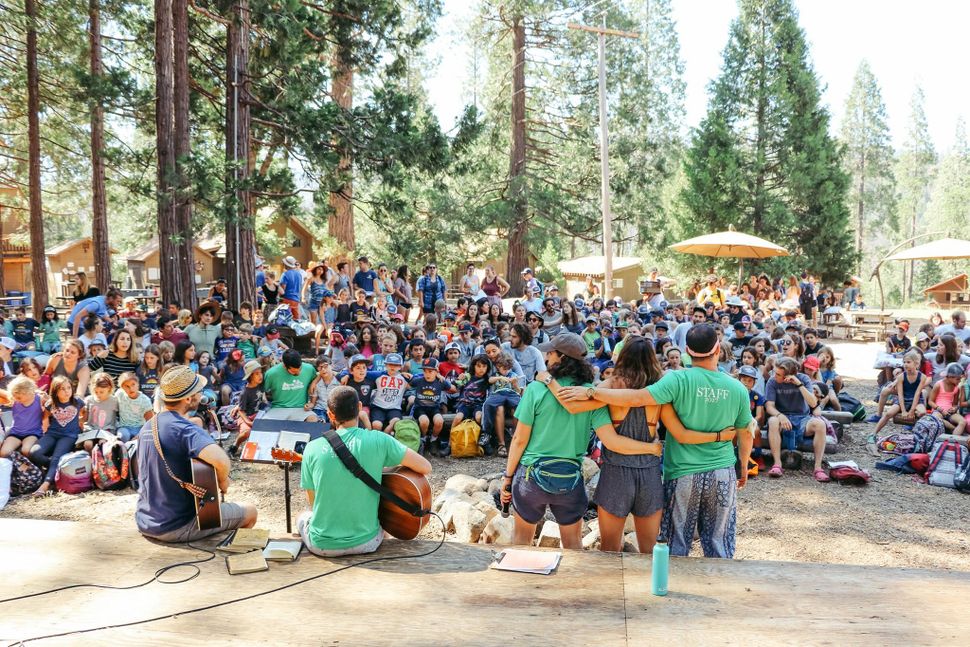 Jessica Colvin recalled her two sons’ devastation last year when Camp Tawonga, an overnight JCC camp in California, announced that it would not open due to the pandemic.

“The day I told them camp was canceled was probably the hardest day of their spring,” Colvin said. “There was a lot of a hope it was going to happen and there was huge disappointment.”

Colvin’s 11-year-old and 14-year-old kept in touch with their camp friends in text message groups to monitor Tawonga’s website for news about 2021. When the registration opened in December, Colvin said she signed them up within minutes.

“My kids can only make it through, day-to-day, thinking camp is a done deal.”

After a year in which only a small fraction of overnight camps chose to operate in the United States, almost every Jewish camp in the country is planning to open this summer. The thought of returning to cabins, campfires and friends this summer is like light at the end of the tunnel for many children.

“My kids can only make it through, day-to-day, thinking camp is a done deal,” Colvin said.

While families have been eagerly registering for camp throughout the fall and winter, and camp officials have been making preparations based on what they say is a proven set of safety protocols, many state governments have yet to tell summer camps what standards they must meet to open, or whether they will be allowed to do so at all.

While camp officials are optimistic that they will receive the green light eventually, some are anxious that it will come too late. Last year, the Centers for Disease Control did not release guidance for overnight camps until late May — just one week before many camps were slated to open.

But Andy Moschenberger, a founder of Save Next Summer, which is helping camp families lobby state officials, said hiring staff, ordering food and items like toilet paper, and securing personal protective equipment for campers and staff needs to be done months in advance.

“Camps have a really long runway to opening,” said Moschenberger, who runs an overnight camp in California. 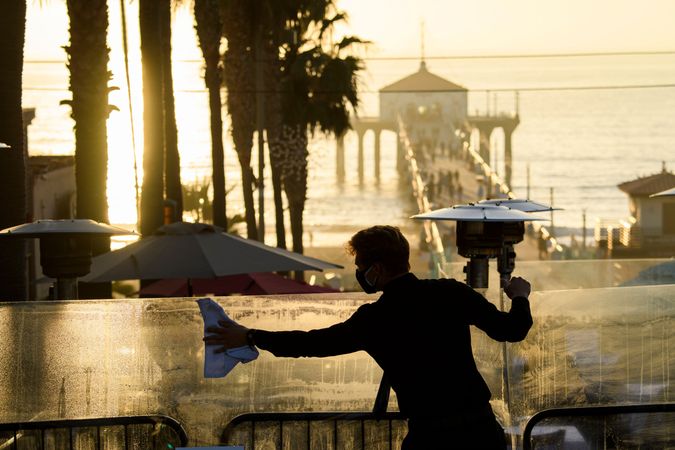 California, New York, and other states home to scores of Jewish overnight camps have yet to tell camps what standard they must meet to operate. That has led to a unique lobbying effort, including the Save Next Summer campaign, which Tawonga is encouraging families to participate in by sending letters to state officials.

Jamie Simon, Tawonga’s chief executive, said she understands that summer camps are not the top priority of public health officials this winter. But after seeing friends in the food service industry push the state to relax certain restrictions, Simon said she thought it was important that officials hear about the value of camp.

“The restaurant lobby is why we have outdoor dining in California right now,” Simon said. “Their business was important to them and their community, but it took lobbying to get the government to agree.”

A spokesman for California Gov. Gavin Newsom declined to say whether the governor, who incidentally attended Tawonga as a child, supported opening camps this summer. The California Department of Public Health said any announcements about camp guidelines would be posted on its website.

“Their business was important to them and their community, but it took lobbying to get the government to agree.”

The American Camp Association has been leading national advocacy efforts, including successfully encouraging the CDC to prioritize childcare workers — including camp staff — in the vaccine distribution process. The Foundation for Jewish Camp has partnered with the Jewish Federations of North America to lobby at the federal level.

? Today is the first day of early registration! Families who were enrolled, waitlisted or canceled from a 2019/20 program are eligible to sign up. You can learn more about our offerings and register on our website at https://t.co/3sFJTPg7Tg ? pic.twitter.com/oEiqqpOODd

It’s been a more piecemeal effort locally. Some states have existing groups that can lead conversations with public officials, like the New York State Camp Directors Association, which has been meeting with Gov. Andrew Cuomo’s office. Elsewhere, the uncertainty wrought by the pandemic has caused camp leaders to band together.

Zach Duitch, director of Camp Solomon Schechter outside Seattle, said he began worrying in early fall about whether camps in Washington State would be allowed to open in 2021. Washington is home to three overnight Jewish camps and dozens of non-Jewish ones, but there was no central body to represent their interests with public health officials. Duitch felt like that gave camp directors little control over what the governor’s office decided to do.

“It was keeping me up at night,” Duitch said.

In September, Duitch started tracking down the names of other camp directors in the state and emailed more than 140 asking if they wanted to form a coalition. Many did, and the Washington State Camp Coalition now has two lobbyists working in Olympia helping the camps build relationships with Gov. Jay Inslee.

Mike Faulk, a spokesman for Inslee, said the governor’s staff had been in touch with the coalition and that while overnight summer camps were not currently allowed in Washington, “our hope is that we can resume this activity in a safe manner sometime this year.” 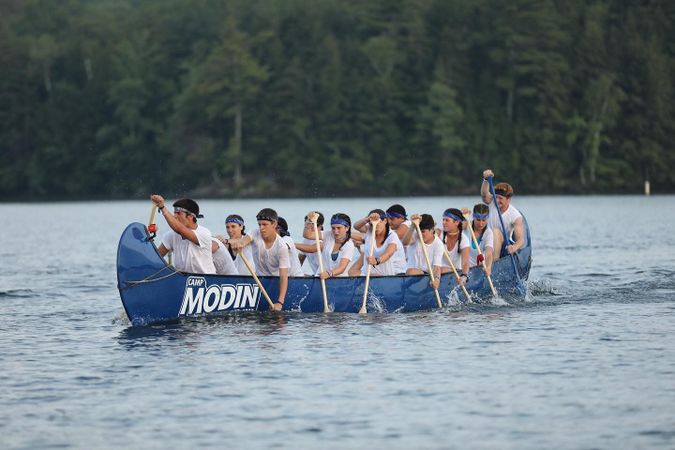 Jewish camps planning to open this summer say they are taking their cues from the handful of summer camps, including Camp Modin in Maine, that successfully opened last summer. Courtesy of Camp Modin

Duitch and other advocates for opening camp emphasize that they are not trying to convince elected officials to ignore public health concerns. Rather, they say, the goal is to share the importance of camp and the ways it can run safely this summer.

Camp associations point to the handful of camps that ran successfully last year as models. The American Camping Association has created a field guide outlining how camps can safely operate this summer and all the Jewish camps surveyed by the Forward said they are relying on that document.

The guide encourages camps to screen campers for COVID-19 before arrival. Once on site, campers should wear masks during almost all activities and stay with a small pod of other campers – along with detailed recommendations for transportation, building ventilation and communication with families.

There’s plenty of leeway even within the guidelines and camps are still ironing out all the details. Camp Yavneh in New Hampshire, where state officials have indicated camps will be allowed to open, is considering building new cabins and dividing existing ones with barn doors to create smaller “family units.” Duitch said Solomon Schechter is installing fans in cabins to increase ventilation.

Some camps, including Tawonga, are adjusting their sessions to make sure campers don’t overlap with one another — potentially bringing COVID-19 to or from the camp grounds — and that kids are there long enough to allow more mixing between pods after a period of distancing.

Camp Kinder Ring, outside Poughkeepsie, New York, will have campers masked when they’re outside of their pod of roughly 30 others, and is changing meal service to offer “grab and go” options rather than a buffet. Staff will also be required to stay on site in order to maintain a COVID-19-free bubble and director Marc Rauch said he’s developing programming to keep the adults at camp entertained.

Rauch is optimistic the camp will run this summer, but said he also had safety plans in place last year before New York State banned camping in the late spring.

“We’re not as concerned about the actual parameters — if there are 15 or 20 kids in a pod — than with hearing the actual words that residential camps will open,” he said.

Dara Kass, an independent camp health consultant who counseled against opening last summer, said there was enough information for camps to open safely this summer so long as they closely adhered to public health guidelines.

“Camps need to embrace this new normal,” Kass said. “If they do that I think they can open safely — and I’m excited for them to open safely.”

Many proponents of camp go even further than Kass, arguing that after more than a year of unprecedented loneliness for many kids, opening summer camp is a public health imperative.

“There’s no such thing as a risk-free environment,” said Ruben Arquilevich, the Union for Reform Judaism’s vice president for camps. Arquilevich said that last year, when the URJ canceled all 15 of its camps, the potential danger of opening was too great.

(Disclosure: This reporter previously worked for the URJ.)

But armed with more information and ways to limit risk, Arquilevich highlighted the value of alleviating isolation for children and teens by welcoming an estimated 10,000 campers and staff back to camp with the necessary precautions.

“Those benefits, and that need, we feel, far outweigh the risks at this point,” Arquilevich said.

Simon, the Tawonga director, is likewise adamant that, so long as it remains possible to do so safely, operating camp this summer is a necessity. She said one kid recently told her that the prospect of camp was the only thing getting her through the year.

Jewish camps are ready to open this summer. Will states let them?