Let there be camp — please! 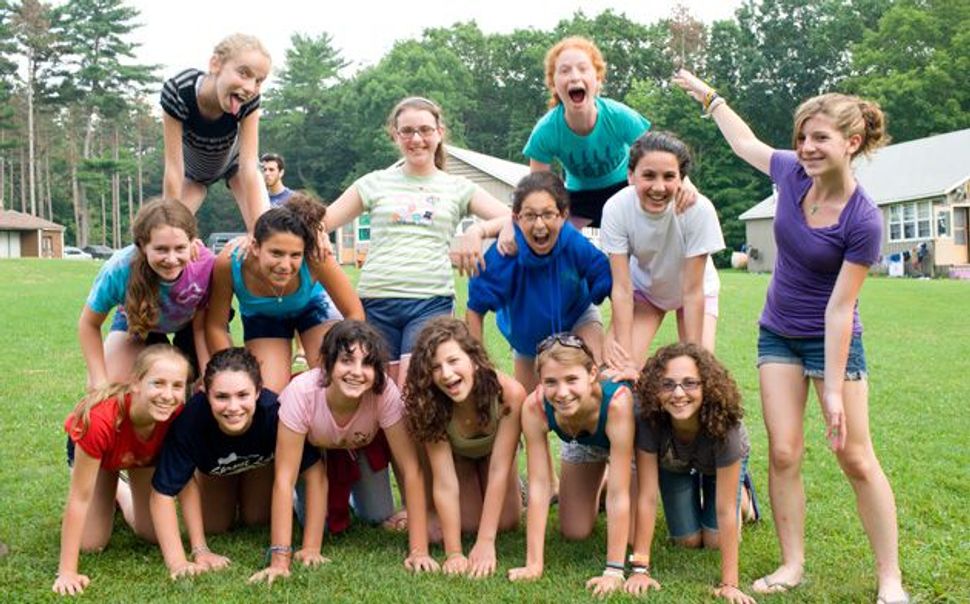 Let there be camp.

That is what I pray to I’m-not-sure-who each night of this pandemic. With every announcement like Thursday’s that school in New Jersey will stay closed at least until May 15, with every email message like the one I got last week saying “Eben’s Bar Mitzvah has been moved to Zoom,” with every news alert about a cultural event far in the future being made virtual (Burning Man!), I am just thinking: Please, please, please somebody find a way to let there be sleepaway camp this summer.

Let there be Shabbat song sessions where nobody cares if you’re off key as long as you’re loud. Let there be ga-ga games and tetherball tournaments, where the geeks get a chance to win. Let there be bug juice, gallons of red and orange sticky-sweet bug juice in too-small paper cups. Let there be late nights reading by flashlight under the covers, late enough to hear the counselors come in whispering the gossip of their evenings “out.”

Yes, let there be camp. No, not Zoom Camp. Camp is not virtual, camp is tactile. Camp is the antithesis of social-distancing. Camp is all about togetherness. Let there be camp camp. 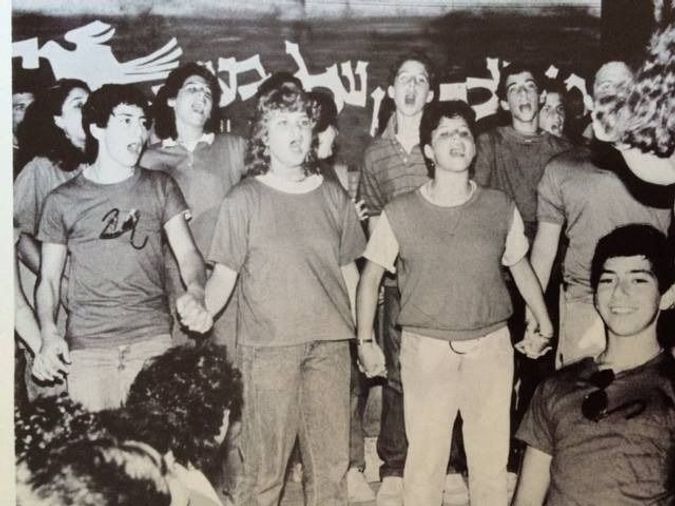 Let there be mosquito-ridden outdoor movie nights and teva trips with hot dogs on sticks over open flames. Let there be job wheels that seem to always saddle the same sad sap with toilet-cleaning duties. Let there be fights about who gets the first shower, let there be clothes-swapping among the tweenage girls, let there be hand-holding on the walks back to the bunk after evening activity, let there be marathon rounds of Crazy Eights and Magic: the Gathering.

Lord, if you’re listening, let there be camp — if not as it is meant to start in July, at least for second session in August?

Let them lock it down tighter than ever. Let them turn lice check into a full-body scan. Let them cancel Visiting Day if they must, ban all packages — please, by all means, ban care packages! — even kill the beloved Trip Days. Let them put more space between the bunks, put tents six feet apart on the lawn, send home anyone who sniffles.

(Let them cut back on the photographers, too, to save money — we can live without obsessively checking the Internet to see our little pishers smiling, or not, and just wait for the maddeningly cryptic and all-too-short letters, like our own parents did.) 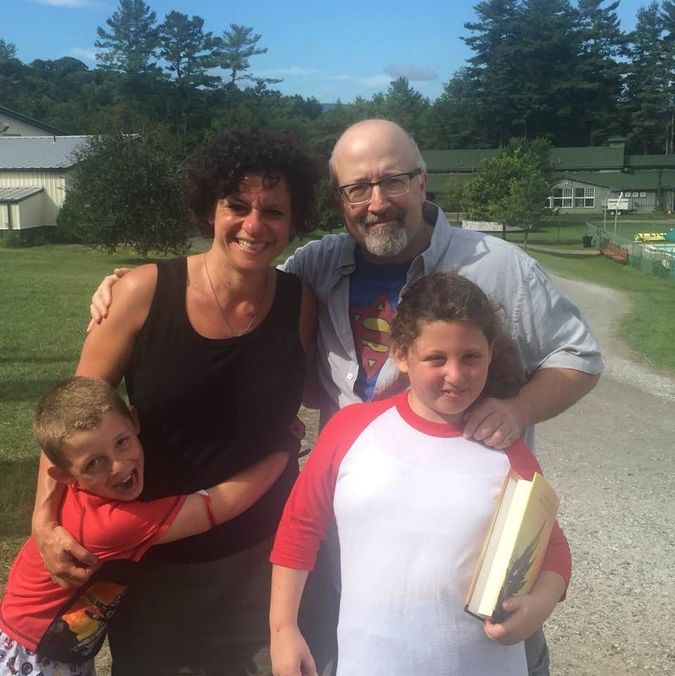 Jodi and Gary Rudoren picking their children up from summer camp. Image by Courtesy of Jodi Rudoren

I know that people are dying, and the economy is flailing, and that it is only from a position of privilege that I could possibly be making this plea, but we need camp.

Yes, we working parents need camp — need to be able, just for a few weeks, to only have to feed ourselves; need to have our annual Chinese-restaurant outing with two other couples whose children are also at sleep-away camp; need a weekend away somewhere, anywhere, just ourselves.

But our kids really need camp. They need their space away from us to become who they’re meant to be, to solve their own problems, to suffer their own setbacks — all in a society whose ruling authorities are mostly only a few years older. Our kids need to wear the same clothes for days on end if they want, eat nothing but cereal for weeks if they must. To make friends and break up and form cliques and feel left out and make other friends and not make others feel left out — but also to figure out how to have fun alone, sometimes, wandering in the woods or canoeing in the lake or making a lanyard in the shade.

They need to scrub a toilet once in a while, endure a cold shower. And to sneak a first kiss behind a tree, be part of a team that doesn’t depend on athletic ability, learn the hand signals to the Birkat Hamazon. They need to sing their throats dry at a Shabbat song session, they need to hear a few Hebrew words like “Hadar Ochel,” they need to meet an Israeli soldier, maybe even learn the meaning of Tisha B’av.

And the Jewish world needs camp. The way it creates a feeling of home rarely replicated in synagogue or school. That sense of calm that washes over everyone as they emerge each Friday evening in their whites. That intensity, that closeness, that warmth and pure fun — all essentially, intrinsically, tied up in Jewish identity and sealed with a singalong.

So let there be camp. Let the politicians argue over who gets to decide when to open what, but let whoever is going to decide about camp be a person who gets camp. (Did Dr. Anthony Fauci go to camp?) Let them remember that kids are the least vulnerable to this virus, let them be safe and smart but also sympathetic and something of a softie for the miracle that is summer camp. 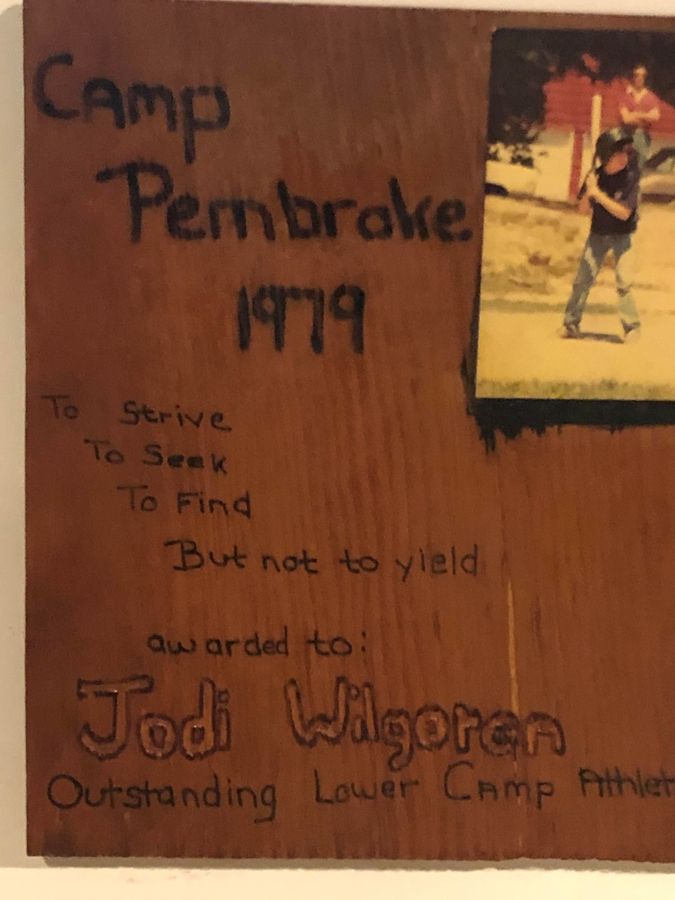 Let there be color war — and please, call it Maccabiah — with its days of exaggerated competition down to whose cabin floor is best swept and whose ruach most authentic. Let there be an Apache relay — even if we can no longer call it that — in which the ability to whistle after eating a cracker or carry an egg on a spoon is as valuable as running fast and being a trivia whiz. Let there be true teamwork, and let the losers weep because it feels like it really, really matters.

Let there be that last day of camp, when we cry like we’ve never cried, hug like we’ve never hugged, trade phone numbers and photos, sign scrapbooks and sort sweatpants. Let the kids climb into the cars, tanned and skinny and hoarse and depleted, tears racing down cheeks but but also humming those Shabbat songs, and counting the days until camp can start again.

Jodi Rudoren is editor-in-chief of the Forward, and a proud alumna of Camp Pembroke (Outstanding Lower Camp Athlete, 1979) and Camp Yavneh (co-captain of the losing Maccabiah team, 1986).

Let there be camp — please!