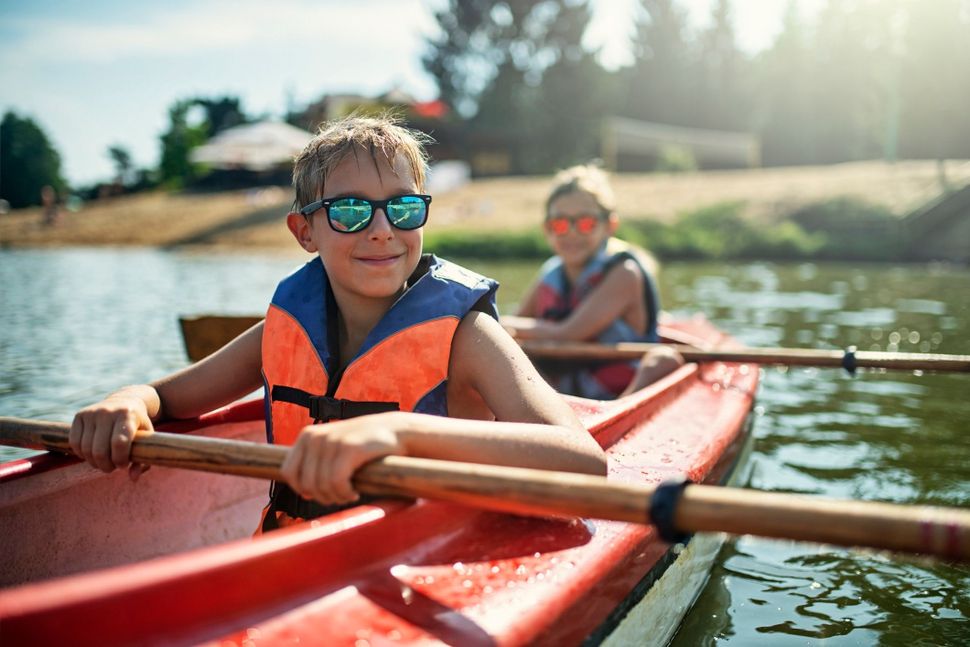 Dr. Dara Kass loves summer camp. She was a camper and a counselor herself when she was younger. Her kids go to summer camp. She now volunteers as a camp doctor. And she co-founded a company called Camp Health Consulting, which works with summer camps to improve their health systems and is an official affiliate of the American Camp Association, which accredits more than 2,400 camps nationwide, including most of the major Jewish camps.

But Kass is also an emergency room physician in New York City who has not only seen firsthand the effects of coronavirus – she contracted it herself. So it’s with a heavy heart that she predicted that sleepaway camp this summer was unlikely to operate as normal – if it does at all.

“There’s nothing I want more in the world than to send our kids to camp for two months of normalcy after losing school,” she said. “But I don’t see yet how that is feasible operationally in a safe way for either the kids, the staff or the healthcare staff.”

Kass and other experts stressed that it’s too soon to definitely say that camps should cancel their sessions. The future of summer 2020 depends on many factors, most especially whether social distancing over the next month sufficiently flattens the curve of infectious spread, and whether quick-response COVID test is widely available by the time camp starts. But neither of those are sure things.

Some 80,000 Jewish children and teens attend sleepaway summer camp every year, according to the Foundation for Jewish Camp. Virtually all camps are continuing to publicly state that they’ll be open this summer, though they’re working with board members and health professionals in their communities to plan for every possible permutation of what could be possible.

“We think it’s too early to make any decisions, but we’re coming up with contingency plans, lots of scenarios for what camp could be,” said Bil Zarch, the executive director of Camp Yavneh in New Hampshire. He added that people on his camp’s health committee include two epidemiologists and an employee of the Centers for Disease Control, and that all of the Jewish camps in New England were communicating with each other and want to make the same decisions collectively.

Some options, Zarch said, include mandatory temperature checks before arriving at camp, cancelling visitor’s day and parental drop-offs and pick-ups, and eliminating staff’s ability to leave the premises on their days off – anything to mitigate the possibility of the virus entering their enclosed system.

“We have to really think about social distancing, and what does it mean to be in a camp environment and socially distance,” Zarch said.

“The opposite of social distancing is summer camp,” said Dr. Deborah Lehman, a professor of pediatrics at UCLA’s David Geffen School of Medicine.

Zarch agreed: “They’re kind of opposites with one another.”

Hundreds of campers living in cramped bunks, sharing food, playing sports and maybe getting their first kiss – it’s easy for viruses to be transmitted.

Indeed, camps have often had to deal with such outbreaks, such as the swine flu epidemic in 2009. “They do a really good job, when there are outbreaks, of controlling the outbreak – they know who the infected people are and who they’re interacting with,” Lehman said. “They have an advantage, I think, over day camps and school situations.”

Still, without large-scale COVID-19 screening with quick results – a much more effective testing technique than just taking temperatures – someone could come in asymptomatic and then quickly infect dozens or even hundreds. That’s why Lehman suggested that camps’ second sessions were much more likely to happen than the first ones earlier in the summer.

Ultimately, it will be state and county departments of health that will determine whether camps in their jurisdiction can even be open in the first place. A state that has banned mass gatherings of more than 10 people is obviously one in which summer camps cannot operate. That could mean that some camps are able to open – perhaps for reasons more to do with political concerns than public health. Kass said that was worrying.

“What do we do with camps in Georgia?” she asked. “Brian Kemp” – the governor – “is not doing social distancing. Brian Kemp is never going to cancel camp, ever. If my kids went to camp in Georgia, their director would say, ‘Our governor says it’s fine.’”

Being unable to operate would be a “financial disaster” for many camps, said Mark Evans, a camp consultant who runs summercamphub.com.

“While a lot of camps still make money throughout the year by renting out facilities to sports leagues, and schools (field trips) this isn’t a huge portion of their income (around 15-20%),” he wrote by email. “Needless to say, losing nearly 80% of your income completely often can lead to disastrous consequences.”

What’s more, it would be even more expensive if the camps, while operating as if all systems are go, went through with the process of opening up the facility – ordering food, repairing buildings, scheduling buses – and only later having to cancel their orders with no guarantee of refunds.

“It would be a real strain, I’m not going to lie,” Zarch said. “We’d have to give back all of the tuition. We prepare all year. I think people don’t realize what it takes to open summer camp.”

Both for-profit and non-profit camps are eligible to apply for Small Business Administration loans under the recent government aid package, and the Harold Grinspoon Foundation announced Tuesday that they were providing $10 million in emergency grants to Jewish camps.

“We’ve been around for 75 years, we have a strong alumni base, and we have the strong support of our local federation, which has said to us that they’re not going to allow any Jewish overnight camp to close because of this,” Zarch said.

Kass, however, was less hopeful.

“The camp community is general a very optimistic community,” she said. Zarch said it’s his job to be optimistic.

Kass said that parents were likely pressuring camps to give them an answer, before all of the necessary facts are known. “If I was to put out one call to action: Give camp directors some time, because they’re not giving you an informed answer, because we don’t have an informed answer yet.”

Zarch said that not a single parent he had been in contact with had asked for a refund because of concerns over the virus.

“My attitude, and many others’ attitude, is that we want to do everything in our power to have camp run, and we are staying positive for our communities,” he said.