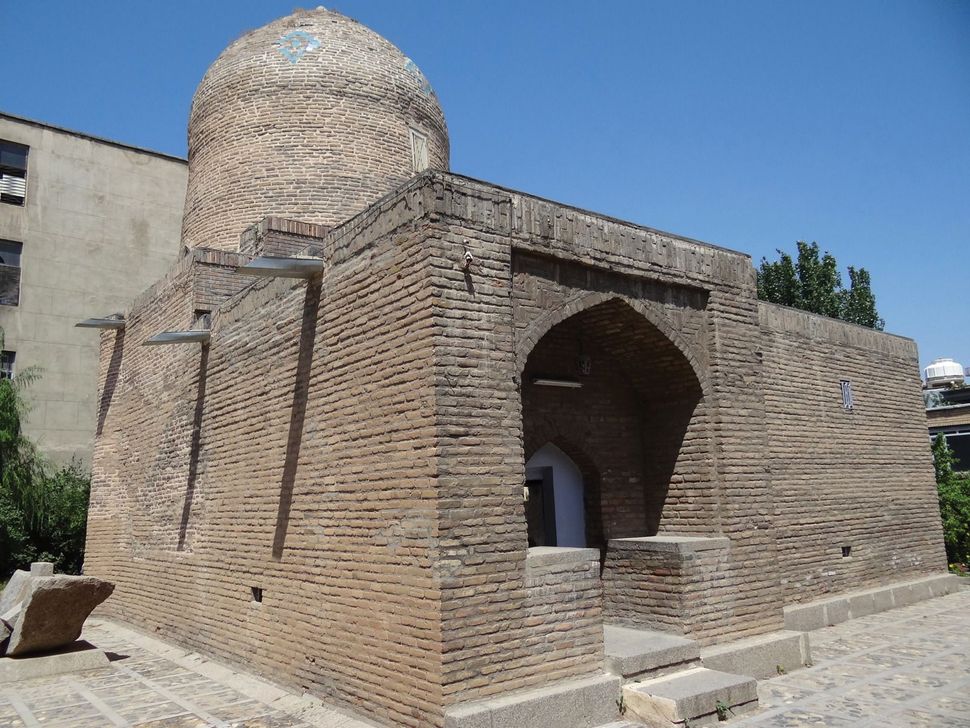 Tomb of Esther and Mordechai Image by Wikimedia Commons

In the 43 years since arriving in L.A., he has been unable to return to his birth city of Hamedan in Iran and visit the burial site of Purim’s heroine Esther and hero Mordechai located nearby. The Iranian regime’s random arrests of Iranian Americans and Jews makes such visits all but impossible.

But this Purim Moradzadeh hopes to be able to visit Esther’s tomb virtually through 7dorim.com, a website that is trying to provide a virtual 3-D tour of the Esther and Mordechai mausoleum.

The 3-D tour is still glitchy and the site, in Farsi with some English, difficult to navigate. But those drawbacks don’t dissuade Moradzadeh and others who are proud there’s an online home for Iranian Jewish heritage even if, as they claim, wealthy Iranian Jews aren’t interested in funding it.

The site is the brainchild of Los Angeles Iranian Jewish small businessman Yousef Setareh-Shenas, who nearly 15 years ago created the Persian-language online forum to preserve Iranian Jewish history, culture and information — and which he runs on a shoestring without help from far wealthier members of the community.

“I realized that we as Iran’s Jews are gradually losing our history and heritage because the majority of the community live here in America are unconcerned with the past,” said Setareh-Shenas, who is in his late 60’s. 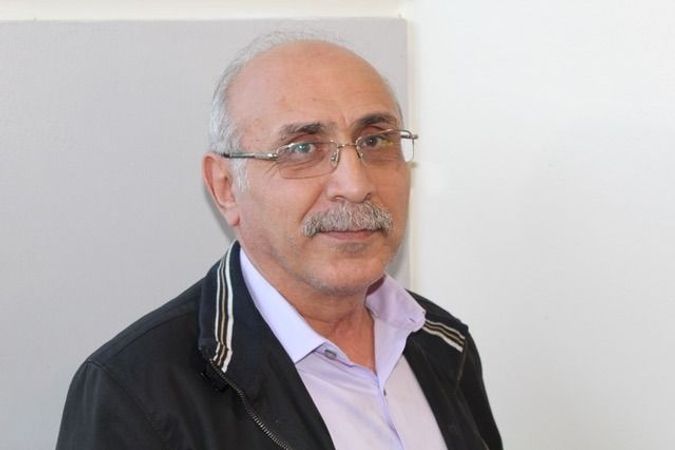 The site now contains nearly 40,000 photos, 400 biographies of prominent Iranians Jews, panoramic photos of all of Iran’s total 110 operational and defunct synagogues as well as photos of important Jewish sites like the tombs of Esther and Mordechai.

Likewise the site contains thousands of individual photos of Jewish headstones from Jewish cemeteries in Tehran and other Iranian cities.

In addition, the site contains hundreds of pages about the community’s 2,700 year history as well as nearly 300 individual videos of Jewish sites throughout Iran, as well as interviews of older Iranian Jews speaking the older Judeo-Persian languages from their respective cities.

“We have been trying to keep the past generations of our ancestors in Iran connected with the current generation alive today and with future generations,” said Setareh-Shenas, who also runs the small non-profit organization that owns the site. The site is largely in Farsi, with a few English-language pages which he hopes to expand — with additional funding. 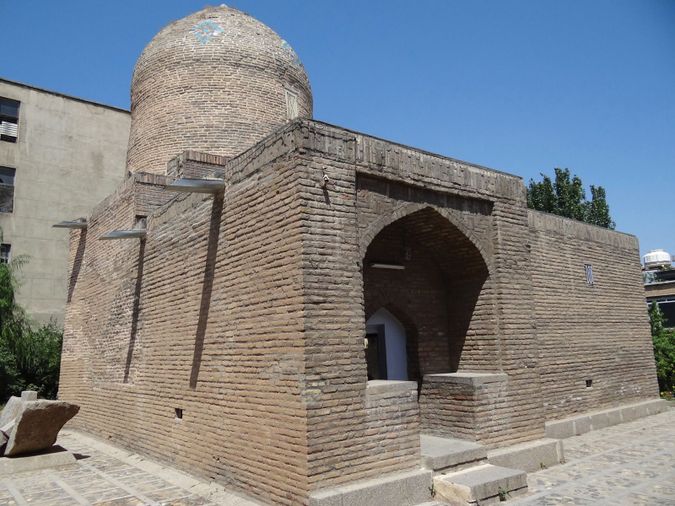 Tomb of Esther and Mordechai Image by Wikimedia Commons

No expert counts exist, but Iranian Jewish community leaders estimate that nearly 40,000 Iranian Jews live in Southern California, about 25,000 live in New York, roughly 100,00 Jews of full or partial Iranian origin live in Israel and only 5,000 to 8,000 Jews remain in Iran.

One thing they have in common: a special affection for Purim, the Jewish holiday that begins at sundown Feb 25 this year.

The story of Purim took place in ancient Iran, and its heroes Esther’s and Mordecai’s burial site — established by tradition if not historical fact — remains an important pilgrimage site. The 7dorim.com website helps connect Iranian Jews to the Persian roots of the holiday, said George Haroonian, an Iranian Jewish activist in L.A.

For some Iranian Jews, the 7dorim.com site has rekindled fond memories of their Purim traditions from Iran. Frank Nikbakht, who heads the L.A.-based Committee For Minority Rights in Iran and was born in Hamedan, said some Iranian Jewish women and children in the past would often gather inside the small shrine where Esther and Mordechai are purportedly buried to pray and retell the Purim story.

“You could say that Purim was mostly a women’s celebration in Iran, with Queen Esther at the center of it,” said Nikbakht. “Most people would bake sweet bread and send it to relatives’ homes, while brides would receive all kinds of gifts from their families on Purim. Women would make dolls of Haman and hit them against the floors whenever Haman’s name was mentioned in synagogues or gatherings as they were sitting on the ground.” 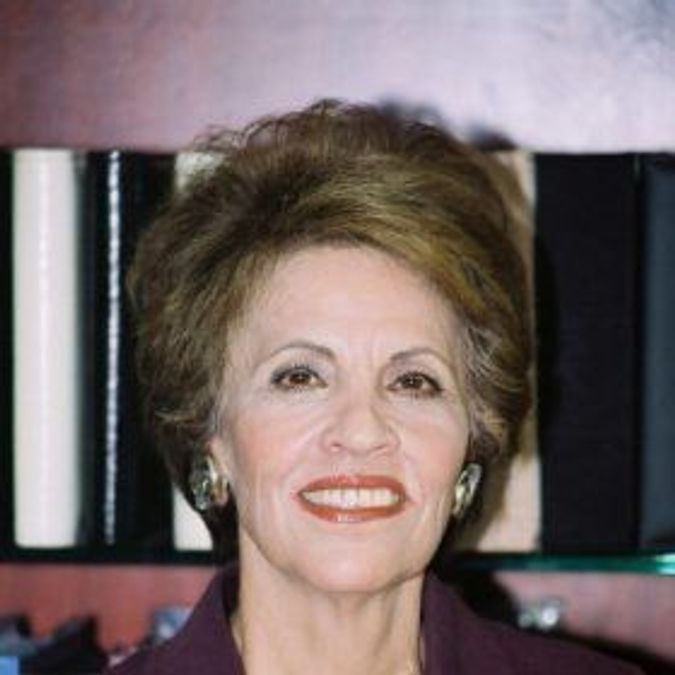 Nahid Pirnazar Courtesy of UCLA/ Near Eastern Languages and Cultures

Dr. Nahid Pirnazar, professor of Iranian Jewish studies at UCLA, praised Setareh-Shenas for his substantial work on the site over the years and said there are no other equivalent sites online with so much extensive information, photographs and videos about Iranian Jewish culture and history.

“What he (Setareh-Shenas) is doing is so vast and so important because we may never have an opportunity to go back to Iran to see these historic Jewish sites or gather this information about Iran’s Jews because all of it could be destroyed or lost over time,” said Pirnazar.

Setareh-Shenas took four different separate trips to Iran over two years in order to take photos of Jewish sites in the various cities and provinces throughout Iran as well as to collect oral and written history from Jews still living in Iran.

He did not face imminent danger in traveling to Iran because he retained his Iranian citizenship and the necessary paperwork since he had remained in Iran after the 1979 revolution, unlike many Jews who promptly fled in those early years.

He also maintained a strong relationship with the Tehran Central Jewish Committee, which made his visits easier by coordinating them with the Iranian regime’s authorities. They were aware that the purpose for his visits to Iran were only for retaining the Jewish community’s cultural and historic records.

Setareh-Shenasc works in his own beauty supply store in L.A. He said he has spent a total of $200,000 of his own money during the last 15 years and up to six hours a day working on the website in order to create a public forum for Iranian Jews and non-Jewish Iranians to learn more about his community.

He said he primarily works alone on the website preparing its written content and interviewing individuals from the community living in Los Angeles and New York, but also occasionally receives some supplemental help from his children and a few Jewish volunteers living in Iran. He still has a substantial amount of content — including some 50,000 photos — that he has still not been able to post on his site due to a lack of time, lack of help and lack of funding from Southern California’s Iranian Jewish community.

The Iranian American Jewish Federation (IAJF) in Los Angeles and wealthy Iranian Jews “have unfortunately declined to contribute financially to this special effort for whatever reason,” said Setareh-Shenas. “Sadly we have some very successful people in our community who just don’t care and it’s a shame because this is their heritage we are trying to salvage”. Calls made to IAJF’s leadership for comment were not returned.

“They have declined to help,” he said. “They see no immediate personal value in helping, and there’s no way for them to show off their contribution like a plaque on a wall or a sign on a building they can point to.”

The site should hire an academic advisor to review and edit content, staff in Iran and L.A. to gather and prepare new items, and more English translation to reach the younger generation of Iranian Jews, said Pirnazar.

L.A. area Iranian Rabbi Ruben Malekan said he was disappointed with local area Iranian Jews who had forgotten the hardships of their families in Iran nearly a century ago and failed to support Setareh-Shenas’ efforts to preserve the community’s past.

“He is someone with a great heart and soul who has taken on the huge effort of saving our community’s history without seeking any recognition. He needs all the financial help possible for this project,” said Malekan.

“Iranian Jews are among the most successful doctors, lawyers, business people in America and it is shameful that none of them have stepped forward to help with saving their own heritage.”

Despite a lack of funds and a limited staff, Setareh-Shenas said he will nevertheless continue work on the 7dorim site and to have more pages translated into English. He said he is also open to having an outside Jewish university or institution potentially house the archive of history he has gathered on Iran’s Jews.

Meanwhile, said Setareh-Shenas, the virtual tour of Esther’s Tomb should be up and running by Friday, just before the end of Purim.