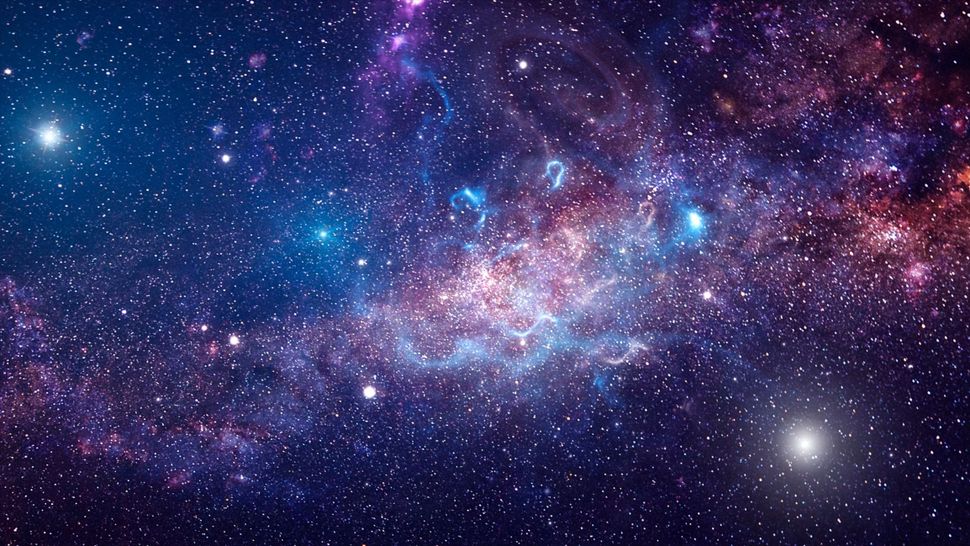 Kramer’s beat is quite larger than that that of most reporters on Earth. Photo-illustration by Mik38/iStockPhoto

As a kid growing up in Knoxville, Tenn., there was a brief moment after Miriam Kramer saw the Hale-Bopp comet when she decided she wanted to be an astronomer. “I was like, man, that seems like a really cool job: Being able to look at stuff in the sky,” she said. “What an amazing job that would be.”

What she couldn’t have imagined was the job she holds now. “I don’t think I ever would have thought that this is something I could be doing,” Kramer laughs. “That I would be paid to write about space? That’s a wild, wild idea.”

It may be a wild idea, but for years now, it’s been Kramer’s reality. At 31 years old, she writes the space newsletter as a reporter for the popular news site Axios, and covers everything from how the next environmental crisis could be in space to how astronomers are grappling with racism in their field.

We connected on the phone with the Nashville-based reporter to talk about the most important space stories she’s covering – including astronauts with physical disabilities and the search for alien life – and what it was like growing up Jewish in the American South. The interview has been edited for clarity and length. 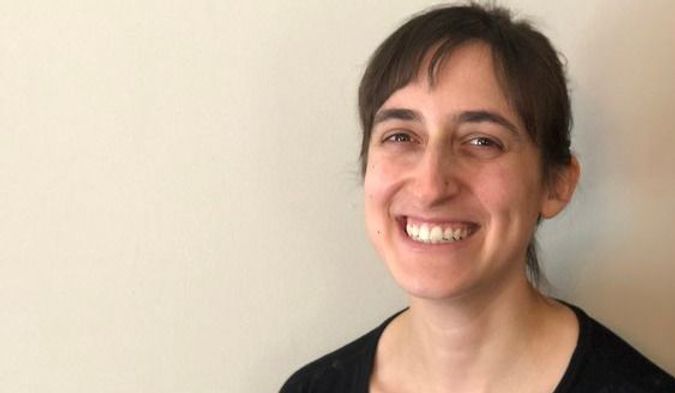 After three years as a reporter at Mashable and another three at Space.com, Miriam Kramer now writes the space newsletter for Axios.

I’m curious if Jewish community is a big part of your life, and how it contributes to shaping the work you do?

Judaism shapes many different parts of who I am. Growing up in Knoxville… there’s a thriving Jewish community, but it is small. I was one of two practicing Jewish kids in my high school of around 800 students. I always found the Jewish community was a place of solace for me. … Growing up as a southern Jew is a very interesting experience. Jewish community was always an essential part of my family’s lives. I learned a lot about how to ask questions from my upbringing in synagogue. How to question everything, I think was the main thing I took away from my life in Hebrew school, and that’s served me really well as a journalist.

And then it was interesting to move from a place where Judaism was very much not the norm, to New York City. Having Jewish culture all around me, it was overwhelming. It was funny for me to meet people who are not Jewish who knew what lox and bagels were.

I’d love to hear about how you got into what you’re doing now: the intersection of outer space and journalism.

I went to the University of Tennessee, and found my way into this tiny specific science journalism major at UT… I ended up going to NYU for my master’s right out of undergrad. I thought I was going to be a general science journalist, but like a lot of people, I ended up on my beat by accident. I got a job at Space.com, right out of the masters program, and I just kind of fell in love with it. It’s the intersection of a lot of things: It’s science, it’s engineering, it’s politics, it’s business. It’s everything, and it’s all in one. In my three years there, I learned how to be a space journalist. It’s a pretty small field, there’s not a ton of us, but they exist… It dates back to the Apollo era. There’s a long history of space writers and it’s fun to be included among them now.

Is there a specific story you’ve written at Axios that stands out to you? That you’re the most proud of, or that was the most fun to write?

I wrote about how spaceflight is starting to be more open to people with disabilities. I just really enjoyed reporting the piece, and I thought the different dynamics at play are really fascinating. There’s a lot negative that people can say about private spaceflight — it’s for the ultra rich, and it’s not really for you, me, and everyone we know. But when you look at it a bit more holistically, different types of people will be able to fly to space now because of it. Like if you’re paying for a ride to space, it opens up the door to more than just professional astronauts.

Also the European Space Agency is looking for astronauts with certain disabilities to actually join the astronaut corps to kind of understand what it would take to send them to space, which I found really compelling.

Yeah, I think that’s super fascinating. There are actually certain “disabilities” that can be more helpful for functioning in space, right?

Disability is something different in space. One of my favorite quotes from that story is like, ‘Nobody’s walking in space. So what does it matter if you can walk or not?’

What would you say to a college kid who’s excited about space journalism? What do you think are the skills that have enabled you to work in this field?

I think the truth is that the skills you need to be a science reporter are effectively the same as you need to be a good journalist. You need the curiosity, you need the ability to ask questions that maybe sound kind of dumb but will get you the answers you need. Those are the important skills, more than what your major is. Being able to write a tight sentence is more important than being able to unpack the specific physics of the science you’re reporting on. … You don’t need to go to a fancy school, you don’t need a fancy degree to be a good journalist. It’s writing, listening, asking questions — on any beat. 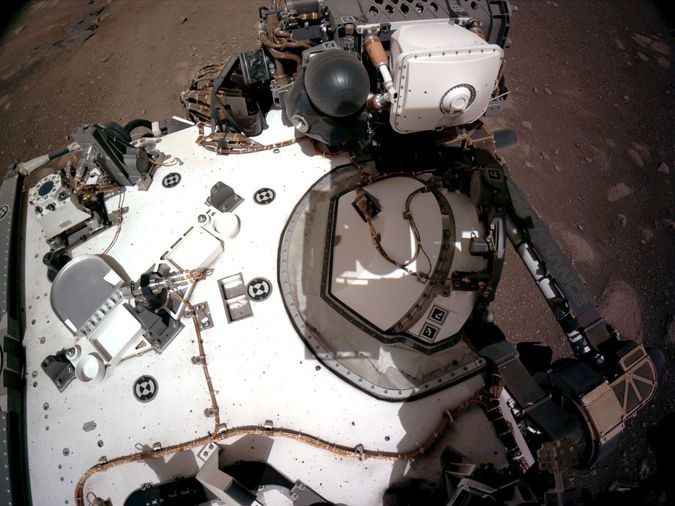 Pretend I’m a reader who knows next to nothing about space. What are the stories I should follow? Stories you’re following now and ones that will continue to be important for the next five years.

One is the rise of commercial spaceflight. What I mean by that is, you have SpaceX — the Elon Musk-founded space company — and they’re able to fly people to the international space station and other parts of orbit, which is something no private company has ever been able to do before. It’s a very big formative moment in the history of space. And it opens up a whole bunch of different interesting questions. If people can buy flights to space, who gets to go? When will the flights become cheaper? Plus, you have NASA relying on a private company for the safety of their astronauts… that’s a pretty big change. The hope is that eventually this is going to lead to private space stations in orbit, and a whole economy in lower-Earth orbit that is not just serving NASA but is serving other companies and nations and private individuals. In the next five years, we’re going to see how that’s playing out.

And you know, NASA is still aiming for the moon at some point in the next decade. So that’s another huge thing that, if it happens, could be formative for a whole generation of people.

There’s a certain generational divide when it comes to talking about space. There’s an excitement I’ve personally noticed when it comes to space among older folks that younger people don’t feel as much. Is that something you’ve noticed as a reporter, and how do you deal with that?

Yeah, no question. I’m a millennial. I think our generation in general has faced a lot of economic turmoil on Earth, I think that’s fair to say. There’s been a lot that’s happened in the course of our adult lives that has been difficult. So when you see a bunch of money being spent on a Mars rover when you don’t really understand what it’s doing or why, it can create a sense of “Why are you spending money on this when we have all of these problems to solve on Earth?” I never begrudge people that say that because I get it, I really do. But to me, I think that there can be sort of a wonder in space exploration and an awe. It’s the kind of thing you can look at and say, “Okay, that’s bigger than myself. Bigger than me, bigger than my parents, bigger than my kids. These are the big questions we want to answer.” I think it can be useful to keep our eye on that, and not just have to always focus on these big problems on Earth that are obviously so important. I don’t think it’s an either/or situation.

What’s a story in space that isn’t getting enough attention?

There are scientists who are very specifically trying to find signs of life elsewhere in the universe. Right now, the Perseverance rover on Mars is looking for signs of past life. It’s just a huge deal. The way searching for life has become a mainstream idea in the sciences has been a really interesting evolution in the course of the past 30 years or so. We’re starting to see the fruits of the labor that scientists put in toward making this science more accepted, less of a joke, more of a reality of what we can do with the technology available.

Last question: What do you do when you’re not working?

I play with my kid a lot. I watch sci-fi with my husband. Right now we’ve been watching “Battlestar Galactica” together. We’ve been going through different “Star Trek” series and it’s really fun. I’ve become sort of a first-time Trekkie, which is funny because as a space reporter everyone always assumes I’ve always loved “Star Trek” but I actually didn’t watch it until a couple years ago, and now I’m completely hooked. Other than that: typical quarantine stuff. I exercise, I cook, I play with my kid, and then I pass out.