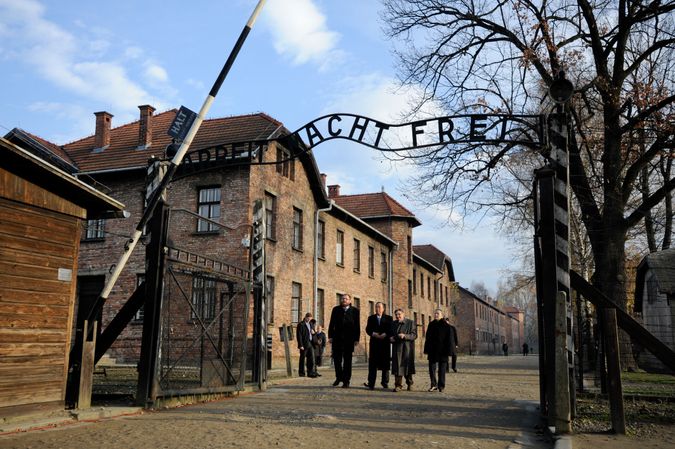 Secretary-General of the United Nations Ban Ki-moon (2nd L) walks with Marian Turski (2nd R), during a visit to the former Auschwitz concentration camp on November 18, 2013. Image by BARTOSZ SIEDLIK/AFP via Getty Images

“Seeing all those survivors in Auschwitz not far from here got us to thinking about how much we benefit from being around them and how much they teach us,” said Ornstein, executive director of the Jewish Community Center in Krakow.

Ornstein is now part of a group spearheading the naming of a day to honor the estimated 350,000 Jewish Holocaust survivors worldwide. His choice would be June 26, the birthday of Marian Turski, 94, a Holocaust survivor whom he described as the “moral conscience of the Polish Jewish community.” 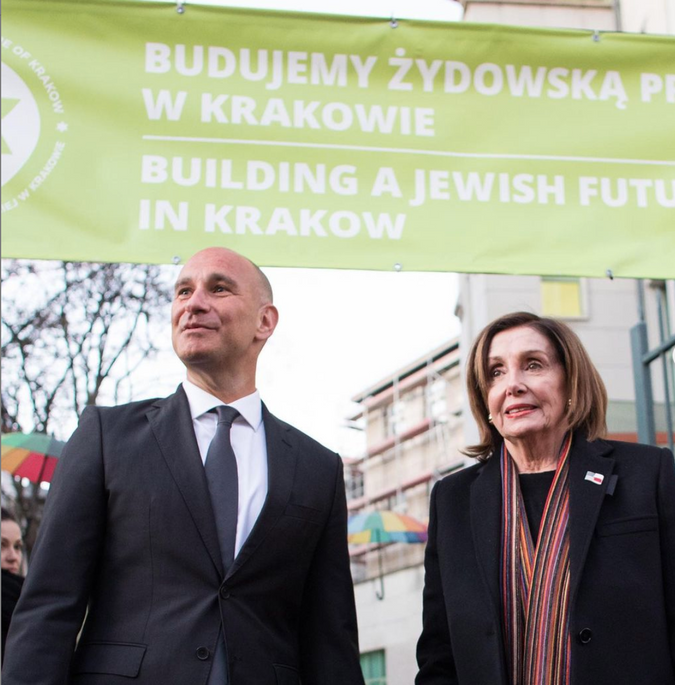 An American-born Jew, who moved to Poland 20 years ago when he saw the potential for the rebirth of Jewish life in Poland, Ornstein, 51, said focusing the world’s attention on survivors one day a year would convey their lessons of “resilience, hope and strength” to future generations.

“Considering all they went through after seeing the horrors of the Holocaust and losing their families, they had the strength to rebuild their lives — Jewish lives.”

Such a day to pay tribute to survivors would also serve to “focus attention on the many survivors living in poverty and living in need,” he added. “We need to do a much better job taking care of our needy Holocaust survivors, and I would hope that this day of attention would motivate people to support them around the world.”

In a statement, Turski said he believes a Holocaust Survivor Day would help survivors to share their important testimonies. 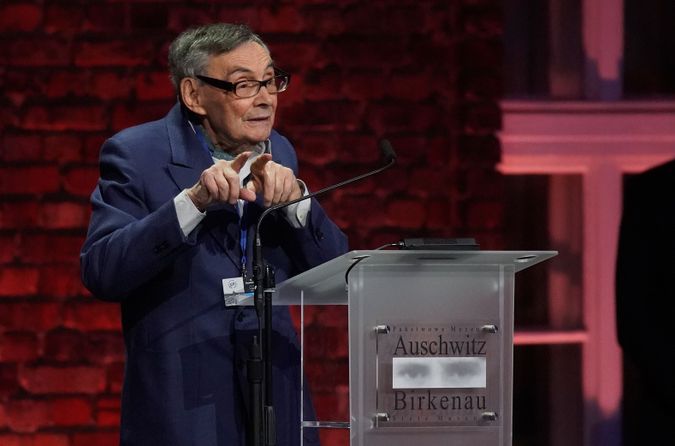 Holocaust survivor and Chairman of the Jewish Historical Institute in Warsaw, Marian Turski, addresses audience at Auschwitz-Birkenau during commemoration of the 75th anniversary of the camp’s liberation in Oswiecim, Poland, on January 27, 2020. Image by WOJTEK RADWANSKI/AFP via Getty Images

A survivor who attended last year’s Auschwitz anniversary, Sally Yassy, 94, of Jamaica, New York, said she too thought a Holocaust Survivor Day was a good idea.

“We are getting old and dying out,” she said. “The more we talk about them, the better it is for the future.”

The idea has caught on and has now been endorsed by the Conference on Jewish Material Claims Against Germany, the World Jewish Congress, and various survivors’ groups.

Michael Berenbaum, the eminent Holocaust historian and director of the Sigi Ziering Institute at the American Jewish University in Los Angeles, said he strongly supports the idea.

Similar support came from Menachem Rosensaft, associate executive vice president and general counsel of the World Jewish Congress, who said it would be a “fitting tribute to the survivors, giving them well deserved recognition.”

Colette Avital, chair of the Center of Organizations of Holocaust Survivors in Israel, said “all of those who survived were courageous people and did a lot to come back to life and raise families. We should also thank them for the fact that there is a state of Israel.”

If there is not yet a Holocast Survivors Day, there is a night. Since 2017, the Conference on Jewish Material Claims Against Germany has designated the fourth night of Chanukah as International Holocaust Survivors Night.

But Gideon Taylor, president of the Conference, said that is no reason not to extend further recognition. “There are fewer and fewer Holocaust survivors,” he said. “This additional chance to honor survivors while they are still alive is a huge mitzvah.”

David Schaecter, president of the Holocaust Survivors’ Foundation –USA, agreed, saying simply: “We have been ignored long enough. We are a dying breed.” 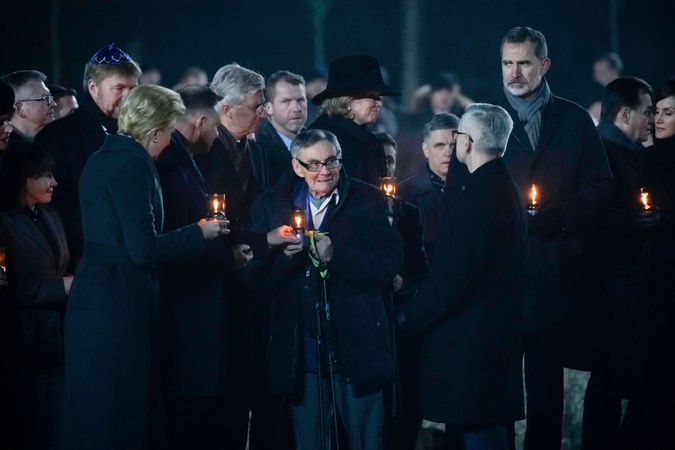 A delegation of heads of state led Marian Turski (C) and King Felipe VI of Spain (R) attend a candle lighting ceremony at the former German Nazi death camp Auschwitz-Birkenau during events to commemorate the 75th anniversary of the camp’s liberation in January 2020. Image by WOJTEK RADWANSKI/AFP via Getty Images

In the last week, two prominent Holocaust survivors died. Leo Rechter of Jamaica, New York, the long-time president of the National Association of Jewish Holocaust Survivors (NAHOS) and publisher of its newsletter, died last Saturday at the age of 93. At its peak, the newsletter had thousands of subscribers, including survivors, community leaders, the media and public officials in 20 states. In 2016, he was honored by The Blue Card Foundation in New York City for his support in providing direct financial assistance to needy survivors.

Irving Roth of Williston Park, New York, a founder of the Holocaust Memorial and Tolerance Center in Glen Cove, New York, who traveled worldwide to speak about his experiences in the Holocaust, died Feb. 16 at the age of 91. He was the inspiration for the Million Penny Project that created the museum’s Children’s Memorial Garden. A survivor of Auschwitz and Buchenwald concentration camps, he also helped to build and direct the world’s first Holocaust Resource Center at a synagogue, Temple Judea of Manhasset, of which he had been a longtime member.

“This shows there is no time to waste,” said Ornstein. “We need to do all we can as soon as we can to honor and support our remaining survivors.”

Ellen Greenberg, president of the Descendants of Holocaust Survivors, said a day dedicated to survivors would be a “way to honor the strength of survivors. I only wish it had been done long ago.”

Ornstein said that although his primary focus is on Holocaust survivors, he could envision this day become a day to honor survivors of other genocides as well.

“We’re starting with a focus on Holocaust survivors,” he said, “and we’ll see how it develops.”