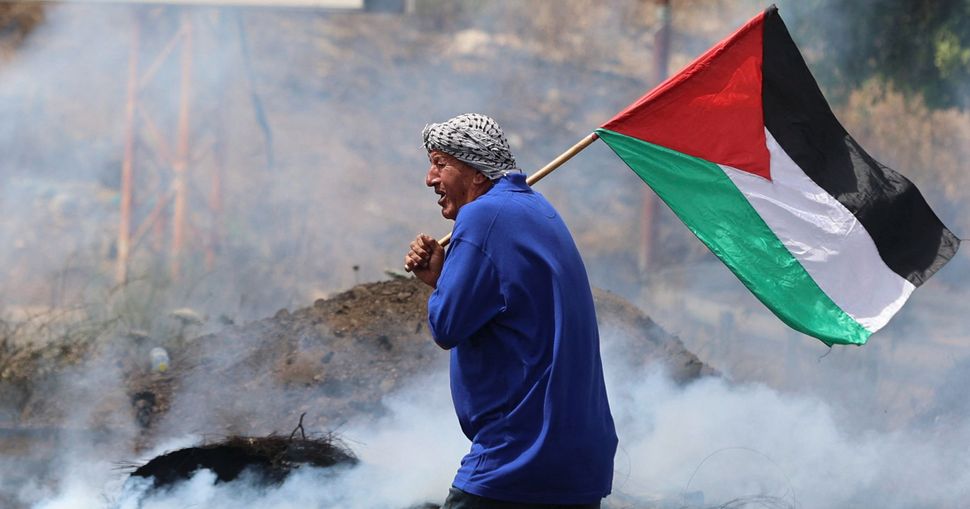 A Palestinian protester lifts a national flag amid confrontations with Israeli security forces in the West Bank. Photo by JAAFAR ASHTIYEH/AFP/Getty Images 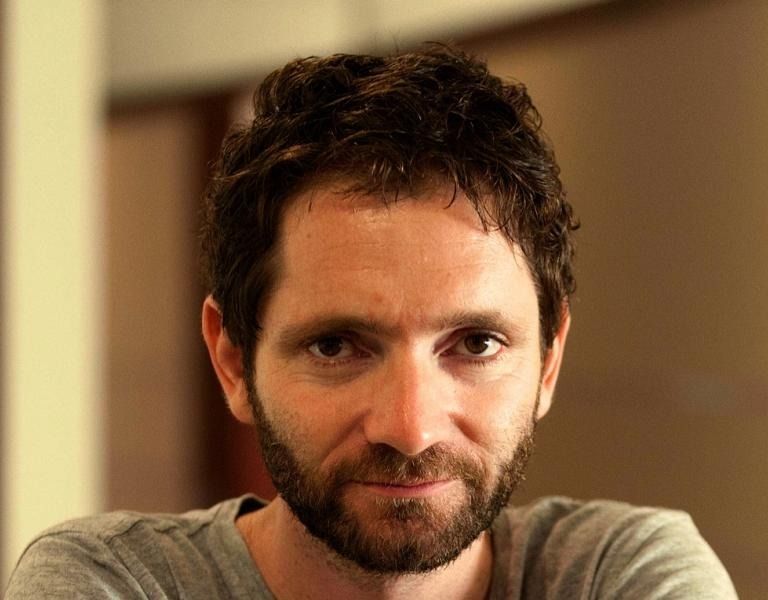 One of the triggers for the recent conflagration in East Jerusalem, which quickly spread across Israel, was an effort to evict Palestinian families from the Sheikh Jarrah neighborhood.

Like so many real-estate cases over the so-called Green Line that delineates 1948 Israel from the West Bank territory it has occupied since the 1967 war, ownership questions are murky. Attempts to identify the owners of the company behind the purchase of these six homes – and the source of the company’s funds – leads to a complex tapestry of obscure overseas companies. So intricate is this tapestry that it is impossible to know for sure who financed the planned evictions that led to the violence.

What is clear is that this real-estate project had millions of dollars in investments. Companies involved had links to Delaware and the Marshall Islands – corporate havens because of their low tax rates – as well as New Jersey, the Netherlands and Israel. Seymour Braun, a New York lawyer, is listed as an official in most of these companies on public records.

The bottom layer in this pyramid of companies, those actively conducting a legal battle to evict the Palestinian families, is Nahalat Shimon Ltd., an Israeli firm established in April 2000. The company bought the Sheikh Jarrah land underlying these six homes for $3 million in 2003 from descendants of the Jewish owners who had acquired them at the end of the 19th century.

The public face of Nahalat Shimon in several Israeli court hearings and filings dating back to 2010 was Tzahi Mamo, who manages its properties. Mamo is largely unknown to the Israeli general public, but is well-known among groups promoting Jewish settlement in the occupied West Bank for heavy involvement over the last three decades in the purchase of land and buildings in East Jerusalem and elsewhere. 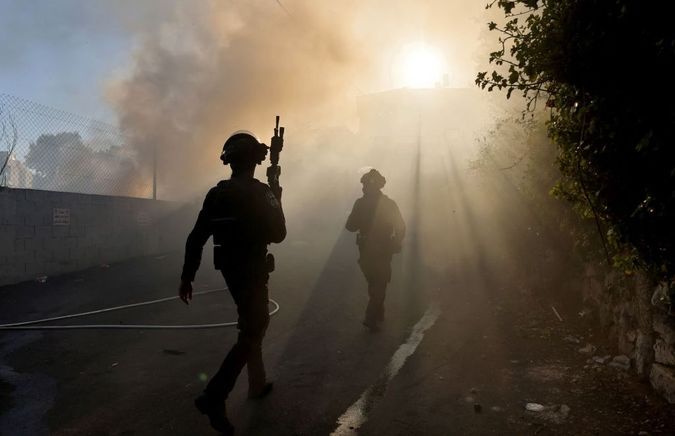 Members of the Israeli security forces patrol during protests by Palestinian demonstrators at the Sheikh Jarrah neighborhood in east Jerusalem, on May 18, 2021. Photo by EMMANUEL DUNAND/AFP via Getty Images

In 2012, I conducted an investigation published in the Israeli daily Haaretz showing that Mamo, who lives in the West Bank settlement of Ofra, helped establish at least 20 companies that made various land purchases across the West Bank and East Jerusalem starting in the mid-1990s. Among them were Al Wattan (Arabic for “the homeland”) and Bnei Rachel (Hebrew for “sons of Rachel”), both of which were registered with Israel’s civil administration, which operates in the West Bank; Lippens, which is registered in the United States; and Space Real Estate, an Israeli company.

Mamo’s role differs from company to company, but usually involves the purchase of the properties and evictions of their occupants. Many of the companies he established are registered abroad. Mamo, contacted via phone, refused to talk with me.

The records relating to Nahalat Shimon – Nahalat means “estate of” in Hebrew – at the Israeli Registrar of Companies mention just one name: Braun, who is listed as director.

Born in Toronto, Braun is in his late 60s and is a partner at the New York law firm Braun & Goldberg. The firm specializes in international tax law and trusteeships. In addition to several connections to the tapestry of companies linked to Sheikh Jarrah, Braun’s name has also appeared dozens of times in international documents leaked in recent years – including the Panama Papers. He is also listed as the director of various unrelated off-shore companies in places like Barbados and the Bahamas.

Braun did not respond to several messages left at his firm, on voicemail and with a secretary.

It is unclear whether Braun’s involvement in the companies connected to the Sheikh Jarrah evictions is ideological; it could simply be part of his legal work. But my investigation for this article uncovered a document, revealed here for the first time, showing that in 2010, Braun gave a $500,000 loan to the Amana Home construction company, part of the main movement that has promoted settlement in the West Bank – and, previously, the Gaza Strip – since 1978. The loan was used to help five families move into Ma’ale Efraim, a settlement in the Jordan Valley created in 1978.

Mamo and Braun are not the owners of Nahalat Shimon. Shares in the company are owned by a different Israeli company known as “Shimon Hazadik Holdings Ltd.,” which was also established in 2000. Shimon Hazadik, or Simeon the Just, was a Jewish high priest at the time of the Second Temple whose tomb is near the neighborhood now called Sheikh Jarrah. The few records available about the holding company list one individual: Seymour Braun, director. 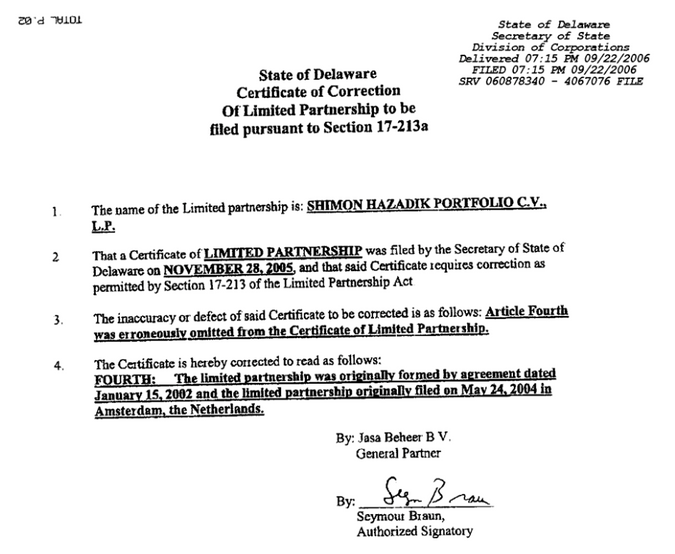 Paperwork for the Shimon Hazadik Portfolio C.V., registered in Delaware, and signed by attorney Seymour Braun.

The corporate tax rate in Delaware is famously low and the state demands almost zero transparency from companies registered there. Little surprise, then, that the file relating to Shimon Hazadik Portfolio contains just four short documents – some of which merely correct mistakes made when the company was first registered. One of those documents shows that Shimon Hazadik Portfolio C.V. L.P. is a reincarnation of Shimon Hazadik C.V., which was established in Amsterdam to “invest in real-estate projects in Jerusalem.”

That document – submitted to Delaware’s State Department in 2006 – was signed by Braun.

An examination of the Dutch incarnation of Shimon Hazadik reveals that, after its establishment, it received a total of $3.2 million from five different sources. Records do not indicate who transferred the money or who owned the company, but here, too, Braun’s name pops up: he is listed as the director of Jasa Beheer BV, the company that operated Shimon Hazadik C.V. (The shareholder of Jasa Beheer BV is Yardworth Corporation N.V., registered in Curacao, a former Dutch colony known as a tax haven. Its director was, again, Seymour Braun.)

Hagit Ofran from the Settlement Watch Project of Peace Now, said it did not surprise her that the people behind the evictions operate largely out of public view.

“The settlers are making a lot of efforts to conceal the sources of their funds and the identity of their supporters,” she said. “And so, the Palestinian families who are facing displacement, don’t even know who are they facing.”