Drag King Rabbi Schmeckie is a consultant on the film.

In the world of drag where queens like RuPaul reign supreme, drag kings – much less Jewish ones – are markedly unrepresented in the media. But that will soon change, thanks to an upcoming British film set to transform the Jewish cultural narrative.

“Make Me a King” recounts the fictional story of Ari, a Jewish drag king rejected by their family who is enamored with Pepi Littman, an early-20th century Yiddish vaudeville singer and comedian known as the first Jewish drag king performer. 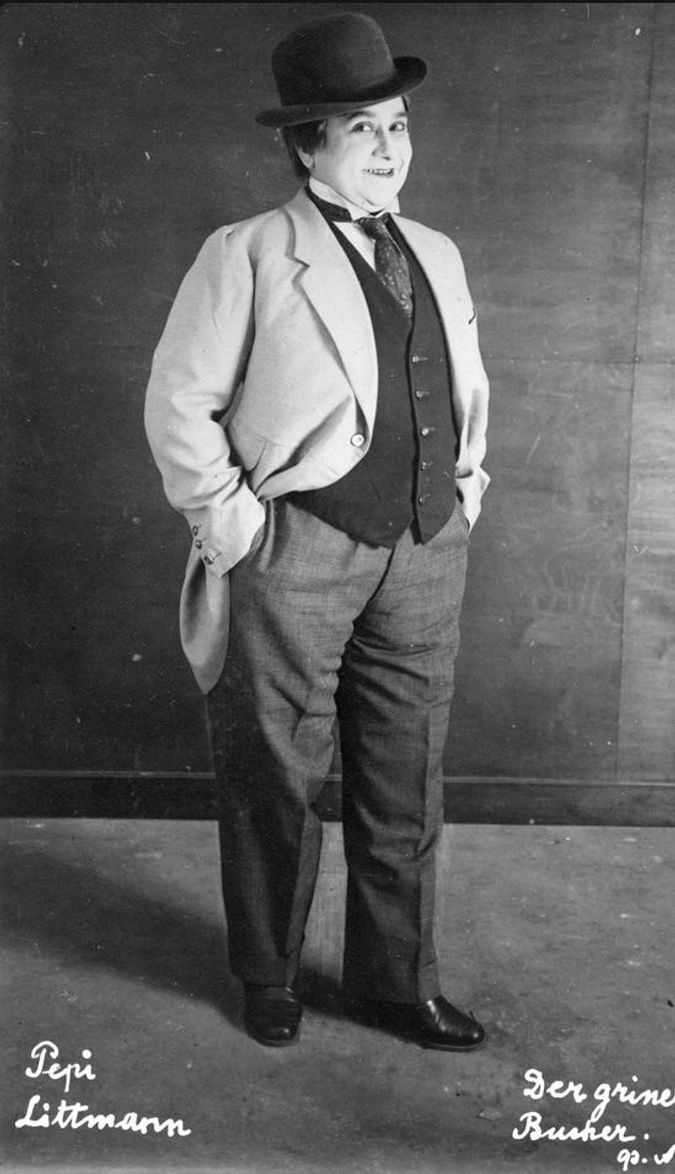 Pepi Littman was a cross-dressing female Yiddish vaudeville singer in the early 1900’s.

It’s a story that’s never been told, according to the movie’s writer Natalie Arle-Toyne.

“The art of drag dates back to the 1800’s but those raking in the big bucks were women dressed as men with routines that poked satirically at male stereotypes, like Pepi Littman, Gladys Bentley and Hetty King,” she said.

While researching late 19th/early 20th century performers for a British TV pilot, Arle-Toyne came across Littman and was immediately drawn to her character.

“She was a lauded songstress who recorded on many albums and, as a singer myself, I fell in love with her voice and her energy,” said Arle-Toyne. “While she isn’t well-known within the Yiddish and Klezmer music scene here, Jewish drag kings know all about her and have adopted her as their own.”

Having carved out the screenplay in her head, it was serendipitous when Martina Russo, founding director of London’s award-winning Unleyek production company, approached Arle-Toyne and asked whether she had a story idea to pitch to the Pears Foundation Short Film Fund with UK Jewish Film. 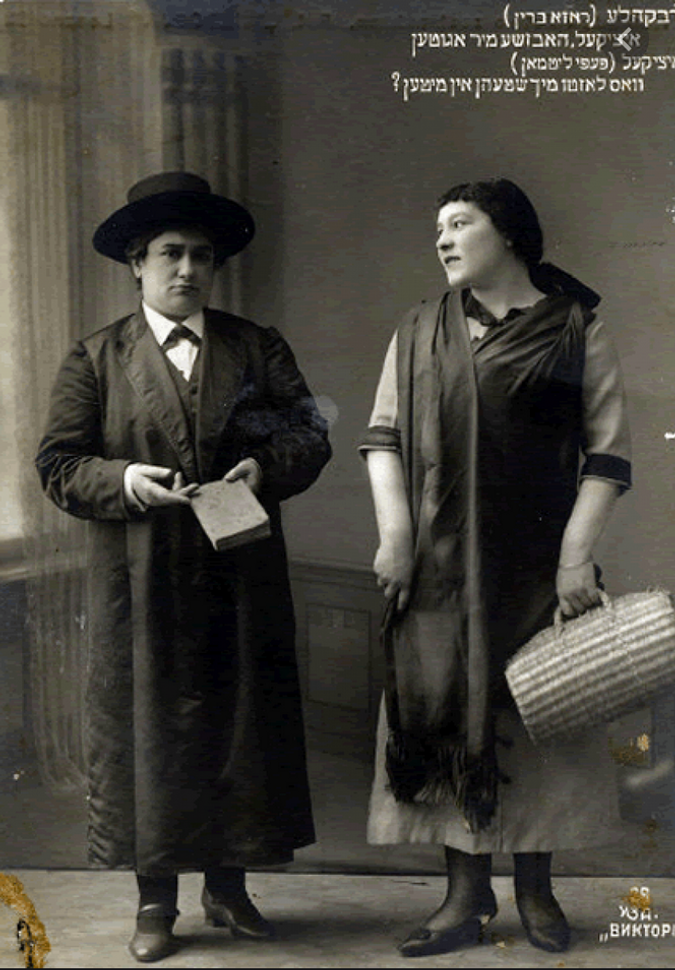 The cross-dressing Pepi Littman (left) during a performance.

“Unleyek’s mission is to unlock hidden stories through a new lens, empowering audiences to see beyond,” said Russo. “So I was of course attracted to [the] project… This film is about being your authentic self against the odds and that is a universal struggle with which we can all identify.”

With less than a week to apply for the foundation grant, Arle-Toyne churned out the script in two days. The result was so impressive, that “Make Me a King” was one of two out of 63 entries to win the prestigious Pears award of £13500 ($19,035) toward the film’s production.

And so began Arle-Toyne’s journey to learn more about London’s Jewish drag scene, something she did with the help of “Make Me a King” drag king consultants LJ Parkinson (aka LoUis CYfer) and Ashleigh Loeb (aka Rabbi Schmeckie Platzowitz).

‘Jews come in all shapes and sizes’

A performer and founding member of the Queer Alternative, an LBGTQ+ group promoting acceptance within alternative subcultures, Loeb says that London’s drag scene is fairly diverse and multicultural.

The broader British Jewish community, said Loeb, is largely welcoming of LGBTQ+ Jews. Still, “there is a high risk of loneliness and isolation among people in the LGBTQ+ community. Sometimes just knowing that there’s someone out there with a similar story, background and obstacles to you can be comforting.” And that is partly what motivated Arle-Toyne to pen this particular story; to provide “a reference point for my drag king friends who didn’t see themselves represented on screen when they were young.”

In mixing Yiddish and English, old and new worlds and challenging preconceived notions of family and community, “Make Me a King” aims to shake up the traditional history of Jewish culture – a tall order for a short film that’s less than 15 minutes.

“Particularly within some dominant narratives of Yiddish culture and Yiddish musical culture, we’re often fighting against a kind of ‘Fiddler on the Roof’-esque nostalgia, which is only one version of a story,” said Dr. Phil Alexander, a Klezmer and Yiddish musician and scholar and the film’s Yiddish music and language consultant. “I think a more nuanced understanding is really important. We run the risk, looking back in history, of assuming one monolithic version of Yiddish culture [and] there’s no real evidence that was ever the case. So to tell this story is really important in terms of building up those alternative narratives.”

Beyond its universal messages of self-love and acceptance, the film shines a light on the heterogeneity of the Jewish people.

“Jews come in all shapes and sizes, just like all people,” notes Dr. Alexander. “It’s important, therefore, to grab the chance to tell alternative stories of Jewishness – stories that show that Jews are as complicated, contradictory, and diverse as everyone else, that they have desires and passions that sometimes conflict with other people’s expectations. That belonging to a community can also mean discovering yourself a little more.”

With filming set to begin in July, “Make Me a King” will be screened at the UK Jewish Film Festival in December, before moving on to international ones, and, if all goes well, a movie theater near you.