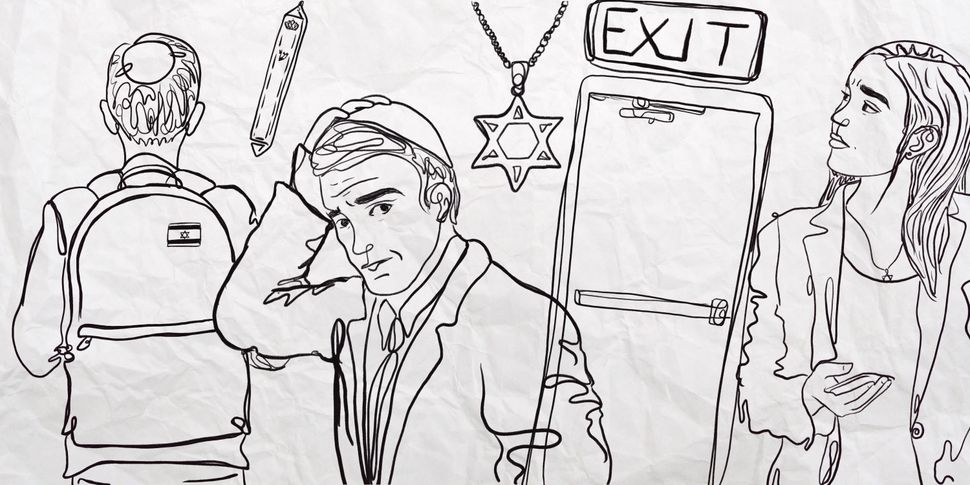 An Anti-Defamation League survey released this month found that about 40% of American Jews are “more concerned about their personal safety” in the wake of fighting between Israelis and Palestinians and highly visible and sometimes dramatic antisemitic attacks.

“The antisemitic attacks we’ve witnessed in the streets and on social media in the past few weeks are weighing heavily on the American Jewish community,” said Jonathan Greenblatt, the head of the ADL, in a statement when the report was released.

Experts agree that reporting incidents to the police is important for holding perpetrators accountable and tracking patterns in behavior. But while it can be difficult to know how to respond in the moment, there are best practices for de-escalating a situation, supporting a victim and dealing with the emotional costs of antisemitism. The Forward asked experts to advise readers on some productive and healthy ways to respond.

If you are physically attacked

The most important thing, said Deborah Lauter, the head of New York City’s Office for the Prevention of Hate Crimes, is that people call 911 if they feel their lives are being threatened.

Crimes like assault or aggravated harassment can be subject to enhanced penalties if they are accompanied by a bias motivation, so if someone is making threats or making physical contact while also indicating that the act is motivated by hate, it’s important to report all of the details to police.

The ADL also tracks bias incidents, even in cases where the victim is afraid to go to the police, said Scott Richman, the regional director of the ADL’s New York and New Jersey office, so victims can also report using the group’s online form.

“There are people who, for whatever reason, are concerned about working with law enforcement,” he said. “We play an intermediary role. We would never reach out to law enforcement without permission of the person who reported it.”

If you hear verbal antisemitism

Lauter said there are laws banning antisemitic or other hateful speech in the workplace, and banning discriminatory practices in public accommodations like restaurants.

“All of those places are governed by federal civil rights laws,” she said. “It’s incredibly important to report those incidents too.”

Slurs and other antisemitic insults on the streets or in other public places can be more complicated, Lauter said.

“This‌ ‌is‌ ‌America‌, ‌and‌ ‌that‌ ‌kind‌ ‌of‌ ‌rhetoric‌ ‌and‌ ‌speech‌ — ‌no‌ ‌matter‌ ‌how‌ ‌hurtful‌ ‌and‌ ‌painful‌ — ‌is‌ ‌protected‌ ‌by‌ ‌the‌ ‌First‌ ‌Amendment‌,” she said. “Everyone will call any incident a hate crime, and they get frustrated when nothing is being done about it, but sometimes we just can’t do anything about it other than encourage people to get skills to stand up to the hate as individuals.”

Richman of the ADL said his organization can be helpful when an incident does not rise to the level of a crime. Tracking incidents that are not criminal helps the ADL advise lawmakers and departments of trends, and also informs their advocacy.

“Law enforcement’s not going to do something about” hateful speech, he said. “ADL is an important resource for that.”

Rabbi Motti Seligson, a spokesperson for the Chabad-Lubavitch movement, said Jews should consider antisemitic instances opportunities to teach others about Judaism.

“Every situation, even uncomfortable ones, offers Jews an opportunity to share with and inspire those around us,” he said in an email. “As a visibly Chassidic Jew I’ve chosen to have conversations with people who have made antisemitic comments to me, pointing out that I am a real human being who did nothing to them, and more importantly highlighting their innate humanity. We are all, truly, children of one G-d, each placed on this earth to accomplish something positive in our individual circumstances.”

Swastika graffiti, said Lauter from the Office for the Prevention of Hate Crimes, is not protected speech. If a person witnesses a perpetrator spraying or etching a swastika, or sees one after it’s made, that incident should be reported to the police.

People should also resist the urge to cover up hateful graffiti without reporting it, she said.

If a person is present for antisemitic assault or harassment, the witness should provide support or try to intervene, said Lauter and Richman. Hollaback!, a nonprofit designed to teach people how to combat harassment, recommends learning the “5 D’s” of bystander intervention: distract, delegate, document, delay and direct.

To distract, bystanders should attempt to start a conversation with the victim or draw attention elsewhere. Lauter recalled an instance of a bystander opening and intentionally spilling a bag of potato chips.

To delegate, bystanders should find a person of some authority — a bus driver, a store manager — to ask them to intervene.

To document the episode, bystanders can, if it’s safe, record the instances on their phones. If not, people can take notes of the time, the location, descriptions of the perpetrator and the victim and other details and report those details to either law enforcement or groups like the ADL.

Lauter stressed that bystanders should not post footage online without the victim’s permission.

To delay, bystanders should check in with the target of the harassment after the incident is over and express empathy, offer to sit with them or ask if they want to be walked to their next destination.

What makes it worse for a victim is when they feel that “nobody did anything,” said Lauter. “You hear that repeatedly.”

If the situation is safe enough, a bystander can also directly confront the harasser and tell them to stop or explain why the behavior is offensive.

Richman of the ADL said witness corroboration is important for both law enforcement investigation and the ADL’s tracking.

If the act is criminal, corroboration of the victim’s claims can be important to proving a bias motivation, he said.

If the victim or witness is a child

Witnessing or experiencing antisemitism can be even more challenging for children, but it can also be an opportunity for empowerment, said David Bryfman, the CEO of the Jewish Education Project.

First, parents and other adults should remember to not project their own feelings on children, no matter their age.

“The very first question” adults should ask, he said, is “what are you hearing and how are you feeling in response to what you’re hearing?”

Adults should resist the urge to ban children from social media or from gaming platforms that can expose them to antisemitism, which can backfire, and increase social media’s allure, Bryfman said.

Adults should teach children how to decide if it’s better to just walk away from an incident, report to a teacher or another person, or, if it’s age-appropriate, take a stance by writing a letter to a magazine or newspaper or organizing a protest, he added.

If you see antisemitism online

If it’s a friend or loved one who is saying something hurtful, it might be worth it to try to reach out privately to explain why the content is offensive.

But most of the time, reporting content to the social media platform’s moderators is the best way to fight hate, said Lauter.

“You don’t want to engage with somebody who potentially is an extremist and is fishing for people to go after,” she said.

Richman from the ADL also cautioned against engaging with harmful content in ways that could amplify its message, especially sharing content to show others how hateful it is.

The ADL also tracks online hate speech, so that content can be reported to the organization.

If a witness or a target of an antisemitic attack wants to get emotional support or talk through the incident, people can access city services in New York, said Lauter.

“This city has really solid mental health services that people can provide for any kind of trauma support,” she said. “You don’t actually have to be a victim of a crime to access those services.”

Many communities have low-cost options for mental health services, and sometimes they can be accessed through Jewish communal organizations.

Alexander Shibuya Farbstein, a licensed clinical social worker in Los Angeles of both Jewish and Japanese lineage, said people can view antisemitism and other hate as “systemic aggression” that can cause feelings like shame, sadness and rage.

People may also experience what he called “colder” reactions — zoning out, dissociation and sleepiness among them.

“How do we turn towards these feelings rather than turning away from them and trying to suppress them?” he said. “If we try to suppress them, that’s maybe when longer term impacts that we don’t want come up.”

He suggested talking to a therapist or a loved one. Taking action, like getting involved with community groups and joining demonstrations against antisemitism, might also make people who have been targeted feel better, he said.

But he also stressed that people should allow themselves to simply rest and relax.

“We talk so much about self-care,” he said, and “part of self-care is also not doing anything.”

Rabbi Seligson, of Chabad, said that Jews should not shy away from their Judaism “if there is hatred festering in society.”

“Bringing more light and goodness into the world around us” begins with “proudly and publicly fulfilling the Divinely prescribed mitzvos which help make a better world,” he said.

“Doing a mitzvah publicly doesn’t just telegraph pride and confidence but carries spiritual strength,” he added. “In fact, the single mitzvah we are commanded to observe for our protection is the mezuzah, which is placed on our front doors on the outside, as if to proclaim that a proud, G-d fearing Jew lives here!”

Bryfman from the Jewish Education Project said that he has received questions about whether Jews should be wearing “overtly Jewish-identifying objects in public.”

“Jewish education, in large part, is about giving young people the ability to feel proud about their Jewish identity,” he said.

But, he said, people should also feel they are allowed and encouraged to “minimize their exposure to feeling unsafe in any environment.”