‘His entire persona is listening and dialogue’: Meet the Texas rabbi held hostage for 11 hours 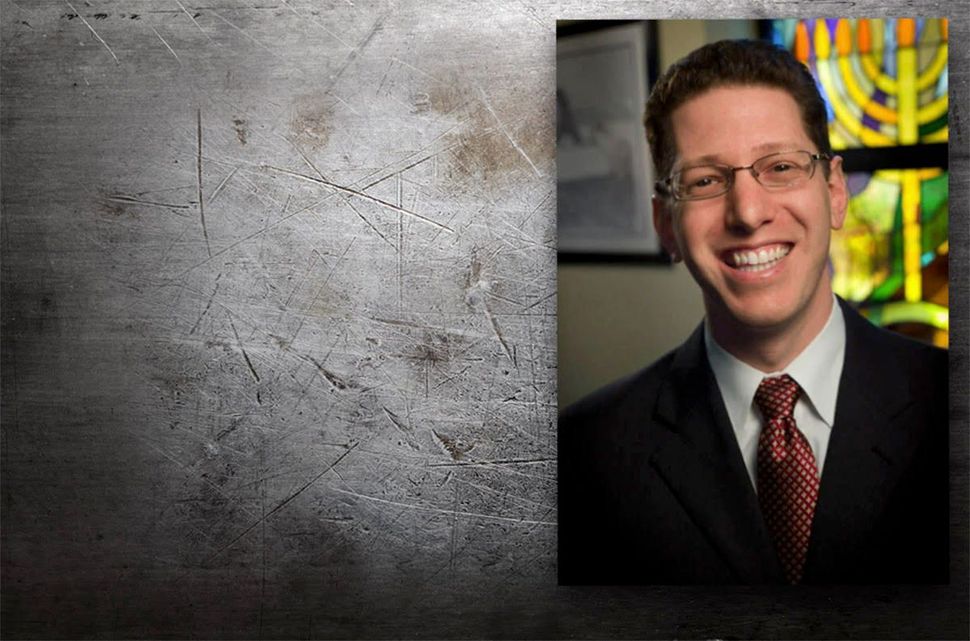 Michelle Werner was a first-year rabbinical student in Jerusalem with Charlie Cytron-Walker on 9/11, and remembers vividly the two sitting with their classmates in the Hebrew Union College cafeteria and watching the video “over and over” of the airplanes hitting the World Trade Center.

On Saturday, as Cytron-Walker was held hostage in his Texas synagogue for 11 hours by a man demanding freedom for a convicted terrorist with connections to 9/11, Rabbi Werner and her close-knit classmates supported and updated each other via Facebook chat. “Now all of us are thinking, ‘Why are we doing this again, and why is Charlie in the middle of this story?’” Rabbi Werner said in an interview Saturday night before her friend and his congregants were safely released.

Rabbi Charlie, as friends and congregants call him, was leading Shabbat services as usual when a stranger disrupted, around the time of the prayer for the sick, according to footage from the livestream of services posted on Facebook. The man said he was hoping to help free Aafia Siddiqui, who is an in-law of the chief architect of 9/11 and who herself is serving an 86-year prison sentence for attempted terrorism.

Around 9:30 p.m. CT, Gov. Greg Abbott of Texas tweeted that all the hostages had been released safely. The man who held the rabbi and several others captive for about 11 hours was killed in the standoff, the Colleyville police chief said at a news conference.

Those who knew Cytron-Walker said the attack felt not only horrific but also ironic. He was a man who hosted the imam and members of a nearby mosque at his synagogue in Colleyville, Texas. He was the architect of much interfaith dialogue in the community of 26,000 a few miles from the Dallas-Fort Worth airport. Members of his Congregation Beth Israel celebrated iftar dinners during Ramadan with Muslim neighbors.

“That was the first time I’d ever met an imam,” Tia Sukenik, the congregation’s former religious-school director, recalled of the first meet-and-greet between the two communities. A few dozen people gathered around four or five round tables in the social hall over snacks. “It opened the door where I could bring my religious-school students to go visit them,” she added. “He’s always worked to expand our world and to let other people see what Jews are like.”

Cytron-Walker arrived at Beth Israel in 2006, shortly after his ordination from Hebrew Union College-Jewish Institute of Religion. He was the small Reform congregation’s first full-time rabbi, and it was his first pulpit. In the 15 years since he started, it has nearly doubled in size to about 140 families.

Those who knew him growing up in Lansing, Michigan; in rabbinical school in Jerusalem and Cincinnati, Ohio; and in Colleyville described Cytron-Walker as a welcoming presence and bridge builder deeply committed to social justice. He’s the guy who turned in his thesis 15 minutes before it was due and needed help writing thank-you notes to host congregations where he spent weekends as a student-rabbi. A guy who adopted a hyphenated surname upon marriage and always wears a yarmulke.

“His entire persona is listening and dialogue,” said Rabbi Werner, his HUC classmate and leader of Congregation Bnei Israel in Rochester, Minnesota. “If you had a meeting with Charlie, there was like a six-hour process part about how everybody would be heard, about how we could be kind to each other — and that was about ordering a pizza.”

Their rabbinical-school year in Jerusalem was during the heat of the second intifada, Werner noted, and it was Cytron-Walker’s apartment where the friends would gather when the bomb-sirens went off. “That’s where people felt safe and surrounded and cared for,” she explained. “It wasn’t a question: you knocked on the door and then the door opened.”

Cytron-Walker’s wife, Adena, works for a group called the Multicultural Alliance. The couple has two daughters, the younger of whom became bat mitzvah during the pandemic.

He is a 1998 graduate of the University of Michigan, where he met his wife and, according to the synagogue website, he once spent 48 hours on the street to understand homelessness, and another time participated in a 24-hour dance marathon. Before starting rabbinical school, he worked at Focus-HOPE, a civil and human rights organization in Detroit, and at a soup kitchen and food pantry in Amherst, Massachusetts.

Gary P. Zola, a history professor at HUC’s Cincinnati campus, recalled Cytron-Walker as the student who got along across cliques because “he’s got a warm smile and speaks in a gentle, compassionate way.”

“There are a lot of different personalities in rabbinical school, and strong feelings — Charlie was somebody who could establish bonds with everybody,” Zola said. “He is blessed with the ability to connect with people and become beloved.”

Though most graduates of HUC start their careers as assistants at large congregations, Cytron-Walker was drawn to the idea of building up a smaller community in a place without a lot of Jews. So was his friend Rabbi Werner, who is about 20 years older than most of her classmates, and applied for the same job in Colleyville.

Werner said Beth Israel told her it felt Cytron-Walker’s relative youth was a better match for its young community — “and Charlie wanted to sue them for ageism on my behalf.”

Rabbi Ben Sternman of Adat Chaverim, a Reform congregation in the Dallas suburb of Plano, gets together for lunch most Wednesdays — depending on COVID levels — with Cytron-Walker and two other rabbis of small synagogues in the area. They go to the Oldwest Cafe in Bedford or the Parma Pasta and Pizza in Lewisville and compare notes — about pandemic planning, personal finances, tikkun olam and, yes, synagogue security.

“When we’re faced with issues that we’re not sure how to handle, we bounce ideas off each other,” Sternman said. “Charlie is an organizer. He sincerely wants to make this world a better place. He is always out there trying to get all of us involved in a project. When he’s been organizing in interfaith, he’s been telling us what he’s doing and it’s an inspiration for us to get involved in the same way.”

Sternman said that Cytron-Walker, like himself, had gone through active-shooter training provided by the Dallas-area Federation, which had also conducted security audits for their congregations.

“After Pittsburgh we talked about security, what small congregations that don’t have deep pockets can do in order to maintain security,” he said, referring to the 2018 killing of 11 worshippers during Shabbat services. “Every time that I have gone to Congregation Beth Israel the door has been locked, so I don’t know what happened today.”

‘His entire persona is listening and dialogue’: Meet the Texas rabbi held hostage for 11 hours