It was a decidedly perplexing social studies assignment, even before Gladys Shelby’s teacher told her she didn’t have to draw swastikas to get a good grade.

As part of a unit on the Holocaust, Gladys, an eighth grader at Eliza Chappell Elementary, a public school in Chicago, had to design her own Nazi propaganda poster. She said she is the only Jewish student in the class, and that she told her teacher the assignment made her uncomfortable.

The teacher’s response about not having to draw a swastika did not help. 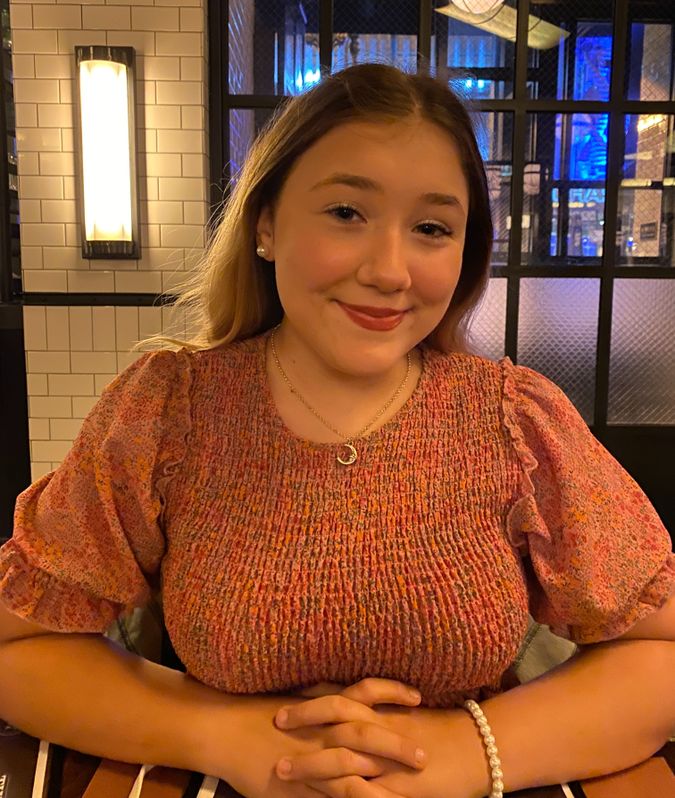 Assigned Feb. 24, the poster project was the latest of a series of off-putting moments during the unit, Gladys said, and the final straw for her mom, Scarlett Herrin, who contacted the teacher seeking an explanation. She said she expected the teacher to apologize and to commit to removing the lesson from the curriculum. Instead, according to Herrin, the teacher said the students had misunderstood the assignment.

The Chicago school system is now looking into the incident. Herrin said that in a meeting with her on Monday, the school’s principal acknowledged that the teacher made a mistake and said Gladys can expect a letter of apology. But Herrin said the school’s slow response compounded her daughter’s distress over the assignment, and led some other students to accuse Gladys of trying to get their popular teacher fired.

The teacher, Tiffanie Reschke, did not respond to a request for a comment. The school’s principal, Joseph Peila, directed questions about the incident to a Chicago school district spokesperson.

“Chicago Public Schools (CPS) is committed to fostering safe and supportive learning environments that celebrate, honor, and respect all members of our diverse school community,” the spokesperson, Evan Moore, wrote in an email. “The District is investigating this matter.”

In an interview, Gladys described the teacher’s approach to Holocaust education as “troubling.”

The class read an excerpt from “Mein Kampf” and had to answer questions about it — unusual in American schools — without any complementary material by Jewish authors, such as “Maus” or “The Diary of Anne Frank.”

Considering her Jewish background was well-known in the class, Gladys thought she might be called on to offer her perspective. Her classmates, she said, frequently glanced at her as the Holocaust was discussed. But when she tried to pitch in, she said Reschke undermined her.

“I’d say something about 6 million Jews were killed in the Holocaust, because she’s never once said that,” Gladys explained. “If I said something like that, she’d be like, so were a lot of other people.”

Gladys thought she might be called on to offer a Jewish perspective. But when she tried to pitch in, she said the teacher would undermine her.

When it came to the propaganda poster, which was a group assignment, Gladys said, some of her non-Jewish classmates were offended, too. One Black classmate told her that if she had received such an assignment about Black people, she would have left the school over it. Another classmate texted her that they felt guilty about having done the assignment.

Herrin, 34, said that on a phone call the day after the poster assignment, the teacher told her that the lesson came from the United States Holocaust Memorial Museum, and that the students had misunderstood what was supposed to be a project creating informational boards about the effects of Nazi propaganda.

“Two separate units of class that are not together did the same project and over half the posters ended up like” Nazi propaganda, Herrin said. “It’s just like, you’re scapegoating the kids.”

The United States Holocaust Memorial Museum does share lesson plans and other teaching materials relating to the Holocaust, including some related to Nazi propaganda. But none listed on its website involves an assignment like the one that Gladys described, in which students are instructed to make their own antisemitic signs.

During the same call, Herrin said, Reschke tried to reassure her of her social justice bona fides by informing her that she had adopted Black children, an assertion Herrin found irrelevant and dismissive. 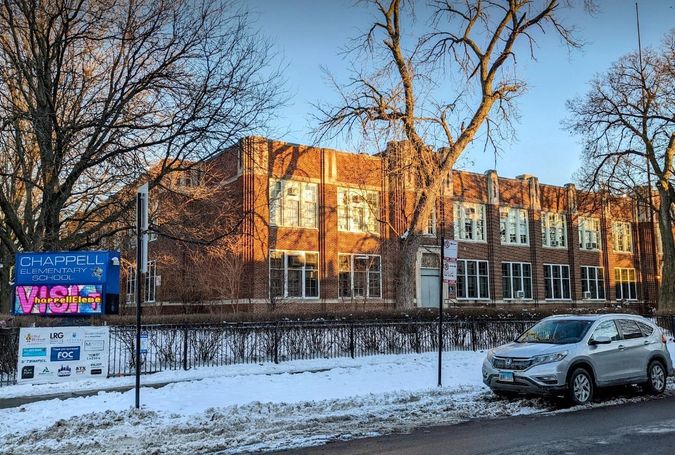 Eliza Chappell Elementary, a public school in the Chicago neighborhood of Winnemac. Courtesy of Scarlett Herrin

When Herrin escalated her concerns to the school’s administration, she said Peila, the principal, was out of the office, and the vice principal did not take action. Peila scheduled a meeting with Herrin and Reschke upon his return. But Reschke called in sick the day of the meeting, Herrin said, and it was not rescheduled once she returned to class a few days later said.

Instead, Herrin met one on one with the principal on Monday, and was satisfied with his response.

But she said that the teacher’s four-day absence — and her proclamation to students upon her return that she wasn’t being fired — made things worse for her daughter.

“Had they addressed this immediately, I think we would not be having this conversation,” Herrin said. “We would have said, ‘Oh, this was a mistake,’ but instead, the teacher dug her heels in initially, and then it turned into this.”

As for the posters, Herrin said the principal assured her they would not be graded.

The incident recalls a Holocaust lesson at a Washington public school in December, when a library instructor had third-graders reenact Nazi killings in pretend gas chambers and mass graves and had a Jewish student play Hitler.

That teacher, who was not publicly identified, apparently made antisemitic comments during the period, saying that “the Jews ruined Christmas.” The teacher was placed on leave for an unknown length of time.

Correction: The original version of this article misstated the name of a spokesperson for Chicago Public Schools. A photo caption mistakenly said the school was in Rogers Park. It is in Winnemac.

Correction, March 10: A previous version of the story stated that the class read the graphic novel “Maus.” Gladys read that book on her own.