What is the great replacement theory and what does it say about Jews?

Espoused by the gunman who killed 10 Black people in Buffalo Saturday, the conspiracy theory places Jews at its center. A makeshift memorial near a Tops Grocery store in Buffalo, New York, on May 15, 2022, the day after a gunman shot dead 10 people. Photo by USMAN KHAN/AFP via Getty Images 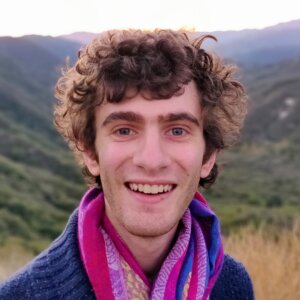 Rooted in xenophobic fears of a multicultural future, the great replacement theory has been gaining ground in conservative and far-right circles, motivating some of the world’s deadliest mass shootings, including the one Saturday in Buffalo, New York, that killed 10 people at a supermarket, apparently targeted because it serves a predominantly Black neighborhood.

Those who espouse the theory feel threatened by people of color and Jews, with the latter held responsible for imagined plans to diminish the power of white Christians. The theory is now moving into the mainstream, with members of Congress, national media figures and others spouting its tenets.

Below, a primer on the theory — where it came from, how it spreads and what it means for American Jews and others.

What is the great replacement theory?

There are several versions of the great replacement theory, and they vary in their virulence. But at its core, it posits that elites are plotting to use immigration and the demographic shifts it causes to dilute the political and cultural influence of white, ethnically European Christians.

The theory notes that birth rates are higher among many immigrant groups, and hold that people of color will ultimately replace and subjugate the current white majority. It ignores the well-known demography principle that birth rates fall as standards of living increase.

In many versions, including the one espoused by the Buffalo shooter, Jews are pegged as the elites masterminding the plot.

What did the Buffalo shooter say about Jews?

Antisemitism is a central theme of great replacement theory. It is peppered throughout the Buffalo shooter’s screed, which mentions Jews more than 100 times.

In a Q&A in the document, he identifies proudly as an antisemite and as a supporter of neo-Nazism. He misquotes the Jewish sacred texts, writing:

“The Talmud (or the rabbi’s holy book) teaches Jews that they are God’s chosen people and they are permitted to hate and exploit the goyim, and to allow pedophilia. Jews will tell you that they do not support these any more, but in reality this is what they all seek.”

He continues: “For our self-preservation, the Jews must be removed from our Western civilizations, in any way possible.”

The gunman also leaned heavily into notorious antisemitic tropes about Jews controlling financial institutions and the media. “The real war I’m advocating for is the gentiles vs the Jews,” he wrote in a disturbing echo of the Holocaust. “We outnumber them 100x, and they are not strong by themselves. But by their Jewish ways, they turn us against each other. When you realize this you will know that the Jews are the biggest problem the Western world has ever had. They must be called out and killed, if they are lucky they will be exiled. We can not show any sympathy towards them again.”

How did the theory arise?

Fears of demographic change have a long and sordid history, tracing from eugenics in the early 20th century to the “white genocide” theory promulgated by antisemite David Lane in the 1990s. In Nazi Germany, the Lebensborn program aimed to increase the number of Aryans by encouraging unmarried women to give birth to children who were given up for adoption to be raised by SS members.

Why has it spread so widely?

The great replacement theory spread globally in the past decade, festering on social media on platforms like Reddit, 4chan and 8chan. A 2019 report by the Institute for Strategic Dialogue identified the steady growth of tweets referencing the theory over a 5-year span, with 1.5 million in total.

Right-wing commentators and politicians have noticed the activity on social media, described by political editor Chris Stirewalt as “a focus group for pure outrage,” and begun incorporating it into their messaging.

They have often repackaged it into a seemingly milder form, leaving out explicit racial and antisemitic language to make it more palatable to a mainstream audience. In this form, it functions not only as a dog whistle but as a normalization pathway and as a gateway to more extreme variants audiences may seek out later.

What does Tucker Carlson have to do with it?

Foremost among the great replacement theory’s proprietors, Fox News pundit Tucker Carlson embraced it by name in a 2019 segment on his show.

“This is a voting rights question,” he said, stoking the fears of white viewers who feel threatened by immigrants. “I have less political power because they’re importing a brand new electorate. Why should I sit back and take that? The power that I have as an American guaranteed at birth is one man, one vote, and they’re diluting it. No, they are not allowed to do that. Why are we putting up with this?”

Although there is no direct evidence the shooter followed Carlson, his screed includes a section titled “diversity is weak” that closely mirrors themes on Carlson’s show.

How many people believe in the theory?

It’s not just the fringes. A poll released just last week by the Associated Press and NORC found that around a third of Americans, including nearly half of Republicans, agreed with the statement, “There is a group of people in this country who are trying to replace native-born Americans with immigrants who agree with their political views.”

How are American Jews reacting?

The shooting brought back painful memories for many American Jews of the 2018 attack at the Tree of Life synagogue in Pittsburgh, Pennsylvania, in which a lone shooter motivated by antisemitic conspiracy theories killed 11 people and injured an additional six. It was the deadliest antisemitic hate crime in U.S. history.

It also recalls the 2017 Unite the Right rally at the University of Virginia, in which white supremacists chanted “Jews will not replace us.”

Many Jews expressed anguish at the hate crime, anger at its facilitators and solidarity with the Black community.

Michael W. Twitty, a Black Jewish chef and writer, tweeted: “We’re not garbage. We’re not expendable. Our lives should matter, how votes should matter. Our protest should matter. I’m so exhausted from crying and feeling helpless. Please Hashem, protect me and all of us from these demonic individuals. I don’t know what else to say. I’m scared.”

Samuel Breslow is an editorial fellow at the Forward, where he focuses on copy editing. A native New Hampshirite, he attended Pomona College and spends his free time social dancing, hiking, and volunteering on Wikipedia.

What is the great replacement theory and what does it say about Jews?