Heroes Contest Fueled by the Internet 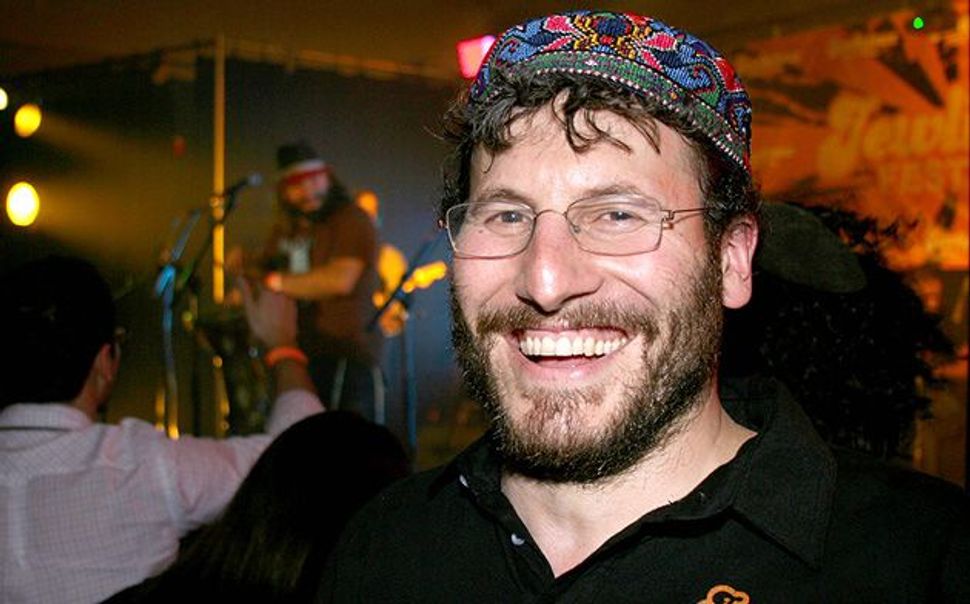 Who are the Jewish community’s heroes?

Mostly, they’re Lubavitchers. Or so it seemed, when the Jewish Federations of North America — the organization that until recently was called United Jewish Communities — announced the semifinalists of its online competition to select the winner of the inaugural Jewish Community Hero Award. Twelve of the 20 semifinalists were members of the Hasidic Chabad-Lubavitch sect, and Chabad’s dominance among the results has made the competition a target for some critics.

JFNA, the federation umbrella group, had invited Web surfers to nominate and vote for their favorite Jewish activists and organizers. The winner will be named Jewish Community Hero of the Year at the JFNA’s General Assembly in November and will receive $25,000 in funding for his or her project. More than 400 names were submitted in the open nomination process, which ended on September 22. Voting on the nominees took place over the next 16 days, during which time visitors to www.jewishcommunityheroes.org could vote once every 12 hours.

And it’s clear from the results that some constituencies followed the old admonition to “vote early and often.” This was an election for the Web savvy. The top vote- getter was Rabbi Yonah Bookstein, organizer of the annual Jewlicious Festival in Long Beach, Calif., and executive rabbi of JConnectLA, an outreach and networking organization for young Jewish professionals. Bookstein received 91,450 votes, nearly twice the number of the second-place vote- getter and more than 10 times the number of the 20th-place vote-getter.

Bookstein attributes his impressive showing to his grass-roots following. “We definitely had people Tweeting, Facebooking,” he said.

But Chabad voters proved they are no slouches in the world of the Internet, either. Although its numbers in the United States have been estimated at about 30,000, Chabad-Lubavitch is among the most visi- ble ultra-Orthodox denomination as a result of its practice of sending members to run outreach programs in nonobservant communities and on college campuses.

Andy Neusner, the JFNA’s Web content manager and an administrator of the Jewish Heroes program, says that Chabad’s disproportionately successful showing is a tribute to the movement’s Internet savvy, noting, “There’s no question that they did amazingly well in getting organized and getting votes.”

Richard Wexler, a Chicago lawyer who helped create UJC in 1999 and has since become a public critic of the organization, says that the results point to a flawed, if well-intentioned, competition. While one goal of the campaign was to collect names and e-mail addresses for use by the federations, Wexler says that it had the unintended result of providing Chabad with a “showcase for their ability of their members to motivate people that may be heroic to them and to the Chabad movement, but may not be heroic in the communal sense.”

Representatives of Chabad’s outreach organization say that their success in dominating the vote was not the result of a concentrated effort on the part of their movement’s sophisticated Web operation.

“This just happened, and I want to tell you, it astonished me,” said Rabbi Dovid Eliezrie, who is a Chabad emissary in Yorba Linda, Calif., and a liaison between Chabad and the federation system. “It’s something that developed on the grass-roots. I was really surprised.”

Among the Chabad-affiliated semifinalists is Rabbi Manis Friedman, the Minnesota shaliach, or emissary, who ignited a mini-firestorm in June when comments he made to Moment magazine were interpreted as calling for the indiscriminate killing of Arabs.

“We could have sent an e-mail to every shaliach in the world and tell them to please vote, but we didn’t,” Eliezrie said. “This was not organized or orchestrated in any way, shape or form.”

But that doesn’t mean Chabad adherents weren’t campaigning on behalf of Lubavitch candidates.

Shmais.com, an independent news site serving the Lubavitch community, ran at least a dozen posts asking readers to vote for Lubavitch candidates, according to the site’s founder and editor, Levi Hodakov. One September post exhorted readers to “make sure to vote at least once a day.”

“I think that we drove a lot of votes,” Hodakov said. “I pushed it a lot to my readers.”

Besides Chabad’s dominance, the other big surprise was Bookstein’s showing. David Abitbol, founder of the Jewlicious blog, wrote in an e-mail that Bookstein’s friends and followers had promoted his candidacy heavily via e-mail and social-networking sites: “What I saw was a ton of decentralized grassroots activity done by young adults/students who attended or worked on our Festival (as well as others) on behalf of a man who is beloved by the people he serves.”

Kosha Dillz, a Jewish rapper, recorded a song in support of Bookstein’s candidacy. A sample verse: “If we show each other mad love/we will all get together up above.”

Neusner points to the support that the popular Jewish blog Jewlicious gave to Bookstein’s candidacy as a key reason for the impressive tally. The blog, which co-sponsors Bookstein’s annual festival, published posts about the competition and posted an advertisement that linked directly to the button that voters clicked to vote for Bookstein. Visitors to Jewlicious.com who clicked on the ad were taken to a page that informed them they had just submitted their vote.

Abitbol provided screenshots of the site’s online backend that appeared to show that only 259 people had clicked on the ad during the time it was online.

“It was a bit more of a shortcut than we would have preferred,” Neusner said of the ad, noting that, during next year’s competition, JFNA would institute safeguards against such a strategy.

The popular vote-getters aside, the Jewish Heroes campaign, as a concept, received harsh criticism in some corners of the Jewish community. On the progressive Jewish blog Jewschool.com, contributor David Levy wrote: “This strikes me as so contrary to the idea behind federation, I just don’t know what to do with it.… The idea that federations distribute money based on a strategic plan for maximizing the impact of that money becomes a laughingstock.”

Neusner rejected that criticism. “The larger goals are not about that $25,000,” he said, noting that the effort brought in 40,000 e-mail addresses for use by local Jewish federations. “That’s one of the carrots.”

An eclectic panel of judges, which includes Orthodox boxer Dmitriy Salita and Eli Winkelman, founder of the fundraising group Challah for Hunger, will pick one winner from the 20 top vote getters.

Heroes Contest Fueled by the Internet