Bibi Sets Out For New Meeting With Obama, Hoping for Better Luck Now 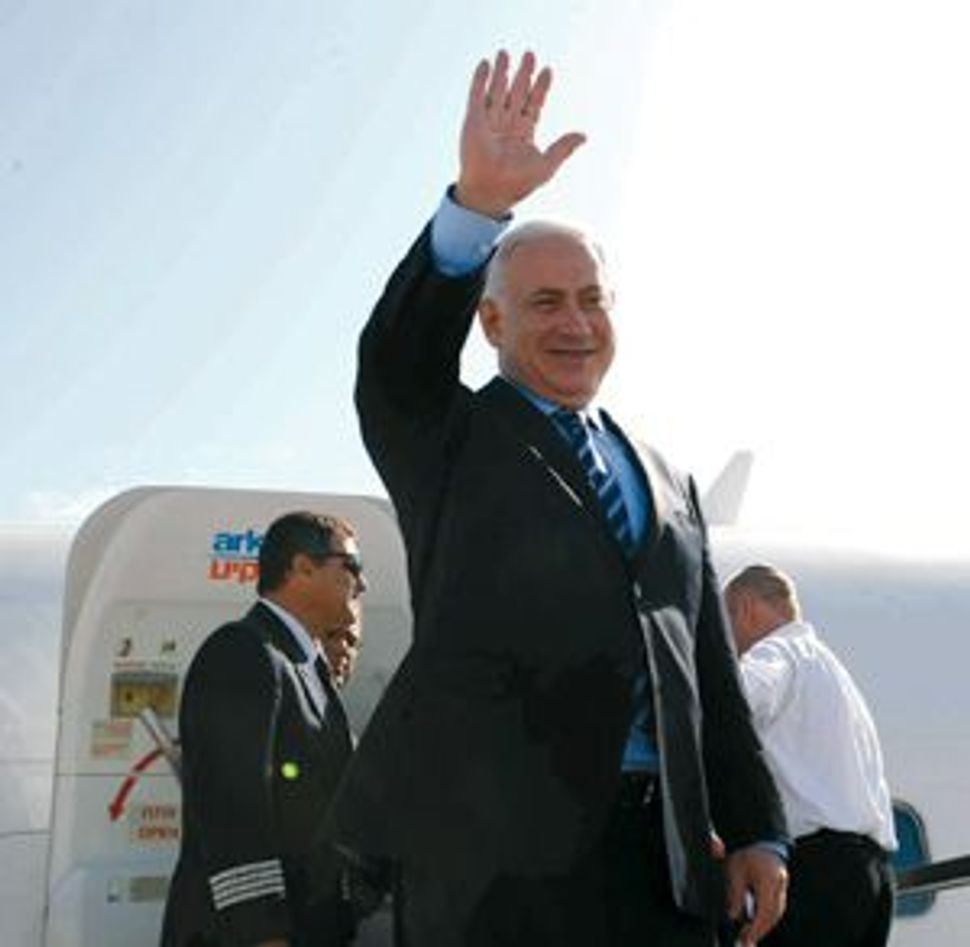 The joke making the rounds in Jerusalem ahead of next week’s Netanyahu-Obama summit: Time to bone up on geology. 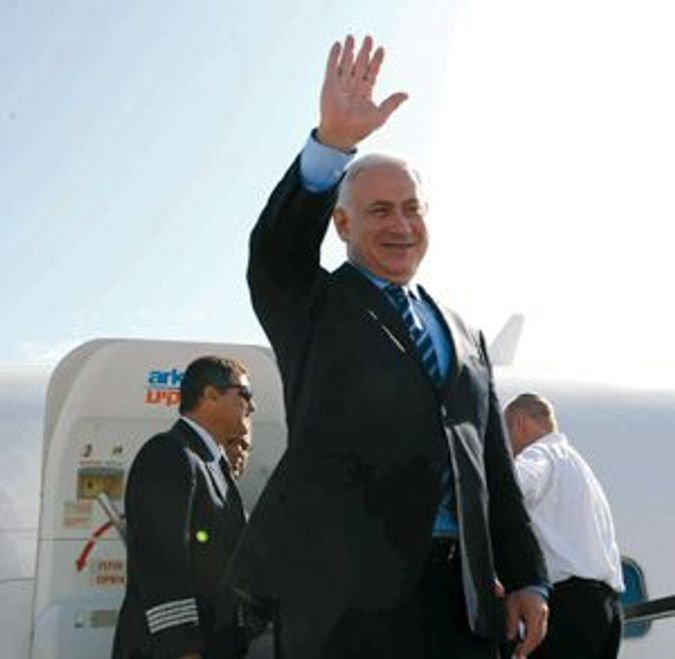 Michael Oren, Israel’s ambassador to the United States, told reporters this week that he was misheard when he was quoted as telling Israeli diplomats that a “tectonic rift” was emerging between Israel and the United States. The Israelis didn’t get it, said the U.S.-born Oren: He meant there was a “tectonic shift.”

Whether there is a difference, and whether it’s meaningful, no one was going to say. The point was to get it right when the U.S. president and Israeli prime minister meet at the White House on July 6, or face a worsening of U.S.-Israel ties.

“The Americans and Israelis with whom we’ve met all seem quite optimistic that both sides are intent on having a positive meeting,” said the executive director of the American Jewish Committee, David Harris. “Both sides understand that there’s a lot at stake in having a positive outcome.”

As opposed to the last two — or almost two — times.

Prime Minister Benjamin Netanyahu’s last visit to Washington, in late March, was marred by the aftermath of the tensions that followed Israel’s announcement about two weeks earlier of new building in eastern Jerusalem just as Vice President Joe Biden was in Israel for a visit. Top U.S. officials called the announcement an insult, and when Netanyahu and President Obama met they kept their deliberations behind closed doors, failing even to issue a summary statement.

Both sides spent subsequent weeks making up, with Obama administration officials emphasizing practical U.S. defense support for Israel and Netanyahu pressing hard for direct talks with the Palestinians. By the end of May, things looked good for a June 1 meeting at the White House.

But then came Israel’s deadly May 31 raid on a Gaza-bound aid flotilla. Netanyahu, already in North America, canceled his White House meeting and rushed back to Israel.

The Obama administration ostensibly supported Israel during the widespread outrage that followed, but the administration also pressed Netanyahu to set up an investigatory commission and flip its Gaza sanctions policy: Instead of a “white list” of permissible products to be allowed into Gaza, Israel created a blacklist of products it would bar from import to Gaza. That allowed a much broader array of goods into Gaza and marked a diplomatic loss for the Israeli government.

The sides are likely to come to the July 6 meeting with two items unresolved: What Israel plans to do once its 10-month partial freeze on West Bank settlement building lapses in September, and how the sides plan to confront Iran.

The first issue is likely to be the most contentious: The Obama administration wants to keep the Palestinian Authority in the process, having finally lured it into proximity talks. But if Netanyahu doesn’t have direct talks to show for his efforts, it will be a hard sell to keep his right-leaning Cabinet on board.

As an extra burr, Jerusalem’s mayor, Nir Barkat — who has national ambitions — is pressing ahead with plans to build in Arab neighborhoods of East Jerusalem.

On Iran, the difference may be more fundamental. Ostensibly the news for Netanyahu is good: The U.N. Security Council passed expanded sanctions this month against Iran in light of its recalcitrance on making its nuclear program transparent. The sanctions themselves lacked serious bite, but they set the stage for much tougher sanctions — one set approved by the European Union and another passed by the U.S. Congress.

The congressional sanctions are the toughest ever, targeting third parties that deal with Iran’s energy and financial sectors. They have been welcomed by U.S. Secretary of State Hillary Rodham Clinton, signaling the likelihood that Obama will adopt at least some of them. Already the Treasury Department has expanded sanctions targeting Iran’s shipping and banking sectors based on existing law.

The problem is, Israel’s establishment no longer believes sanctions will be effective and is eager to hear what, if anything, the Obama administration has planned for the military front. Obama thus far has laid back on such plans, or even on whether he would consider drawing up such plans for such a contingency.

Israeli Defense Minister Ehud Barak toured the United States last week, and in his meetings with Clinton, national security adviser James Jones and Defense Secretary Robert Gates, Barak outlined what is shaping up as his proposal to synthesize the two emerging crises: Barak wants Netanyahu to announce a bold peace initiative with the Palestinians as a means of freeing Israel diplomatically to operate in the military sphere should the need arise with Iran.

It’s not clear what his American interlocutors thought of the plan or whether it has resonance in Israel. A key element involves bringing into the government the centrist opposition party, Kadima, whose leader, Tzipi Livni, in recent weeks has indicated receptiveness to such overtures.

An Israeli initiative is necessary “to prevent our descent into isolation,” Barak told reporters after his meetings. “It is the only way to achieve real freedom to act when there are security events.”

Bibi Sets Out For New Meeting With Obama, Hoping for Better Luck Now