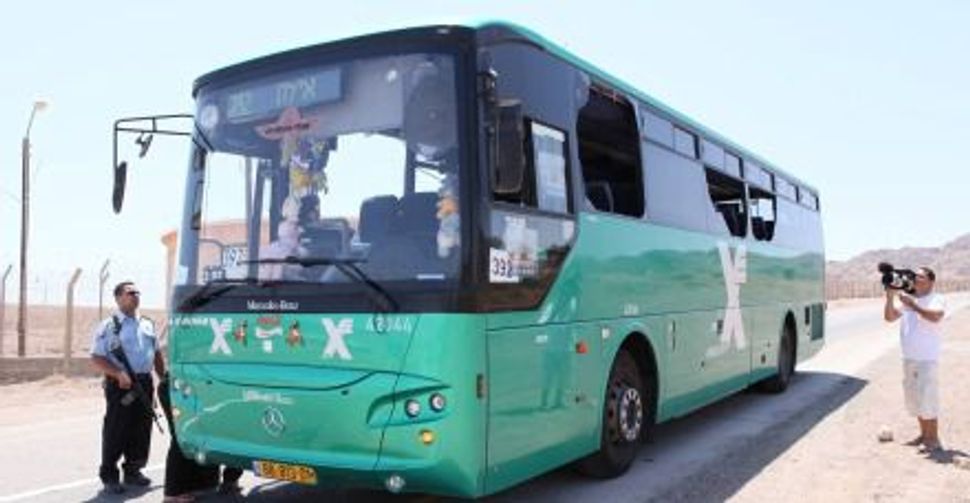 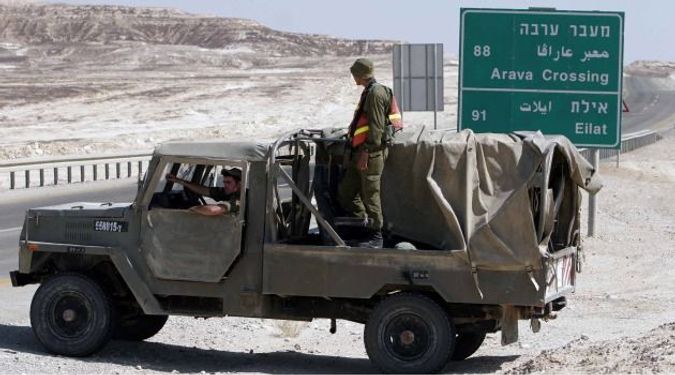 Eight Israelis were killed and 30 more wounded during a well-planned terror attack along the Israeli-Egyptian border Thursday.

The attack was planned in the Gaza Strip by the Popular Resistance Committees and perpetrated by terrorists who crossed from Gaza into Sinai via smuggling tunnels. They then traveled some 200 kilometers to reach an area of the border protected only by a tattered wire fence, about 15 kilometers north of Eilat.

Israeli forces killed five of the terrorists, and Egyptian soldiers reportedly killed two more. But the Israel Defense Forces estimates that 15 to 20 participated in the attack, meaning most escaped. 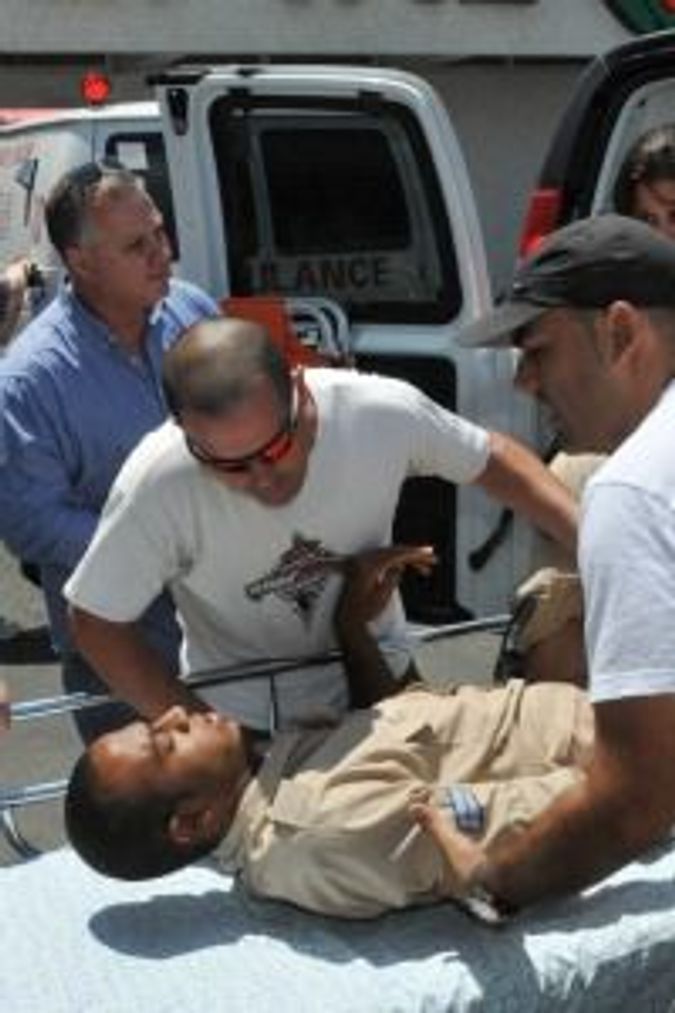 Giving Aid: A victim of the terror attacks is carried on a stretcher to a hospital in Eilat. Image by Getty Images

IDF officials believe the goal of the attack was to kidnap a soldier. The IDF had previously responded to warnings of a planned attack, beefing up its forces in the area.

The assault began around noon, when three terrorists armed with rifles, grenades and explosives entered Israel from Egypt and stationed themselves at intervals of about 200 meters along the highway to Eilat, Route 12, at a stretch of road that runs very close to the border. At 12:30 P.M., they opened fire on an Egged Bus 392, wounding seven passengers, causing light to moderate injuries. Most of those injured were soldiers.

A few minutes later, an empty bus and several cars arrived. The terrorists opened fire again, and when the bus stopped, one of the terrorists ran up to the bus and activated his explosive belt, killing himself and the driver.

The shooting killed four occupants of one car, plus the driver of another. At that point, the first soldiers arrived in two vehicles. One vehicle ran down one of the terrorists, killing him. Soldiers in the second vehicle opened fire on the third terrorist. One soldier, Staff Sgt. Moshe Naftali of Ofra, was killed in the ensuing gun battle.

Additional police and army forces then arrived on the scene and killed the third terrorist. They also opened fire on two additional terrorists who were waiting on the Egyptian side of the border.

Assault helicopters joined the battle, and a terrorist fired a rocket-propelled grenade at one of the helicopters, but missed.

Then, at about 6:45 P.M., as senior defense officials were briefing reporters on the earlier attack, terrorists opened fire once again − this time at a Yamam force patrolling the border not far from the site of the original attack. One policeman was killed in the assault and another was wounded.

In response to the air strike, Palestinians fired two Grad rockets at Ashkelon. One landed in an open area near the city and caused no casualties or damage. The other appeared headed for a populous area of the city and was shot down by an Iron Dome anti-missile battery that had been stationed there a few days before due to an escalation in the rocket fire from Gaza.

Two other rockets were fired at Ashkelon at about 10 P.M.