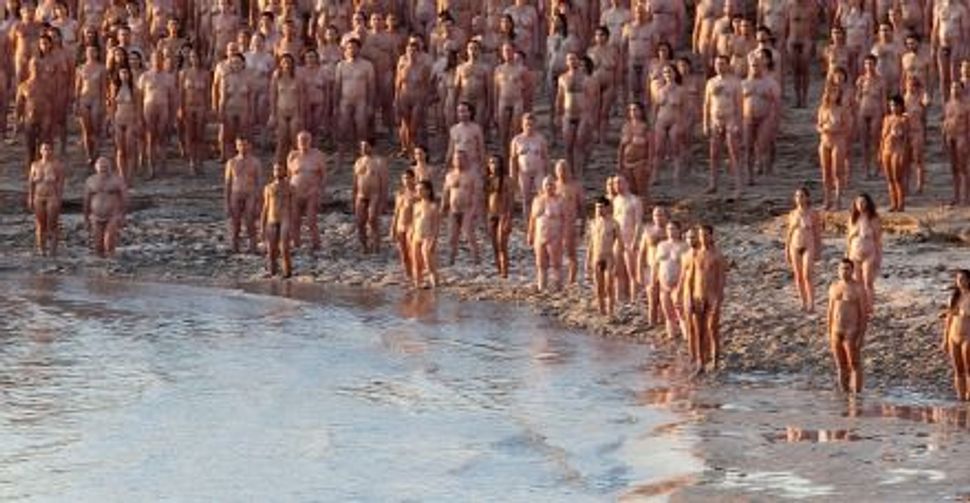 One thousand two hundred male and female volunteers woke up early Saturday morning to participate in a mass nude photograph by artist Spencer Tunick at the Dead Sea.

The volunteers included men and women ranging from 20 years old to somewhere in their sixties. They set out for the Dead Sea before dawn and modeled in three different arrangements: one in the sea, one on land and one ‘modest’ shot where they were covered in the famous Dead Sea mud.

The quiet of the photo shoot was interrupted by Peeping Toms who hovered above the models in powered parachutes. Some of them were equipped with large photographic lenses, which was against all preceding promises and customary rules. In addition, some of the photographers who came to document the event broke the rules and used larger lenses than were allowed.

The photo shoot was also preceded by an operational problem when buses that were supposed to depart with participants before 1 A.M. were delayed. Some of the buses arrived hours late to the shooting location, after hundreds of volunteers had waited for them at the site.