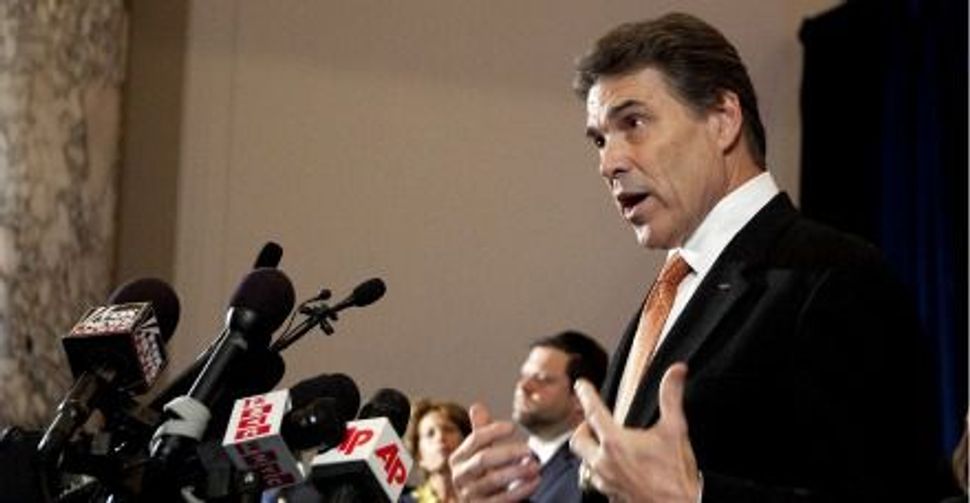 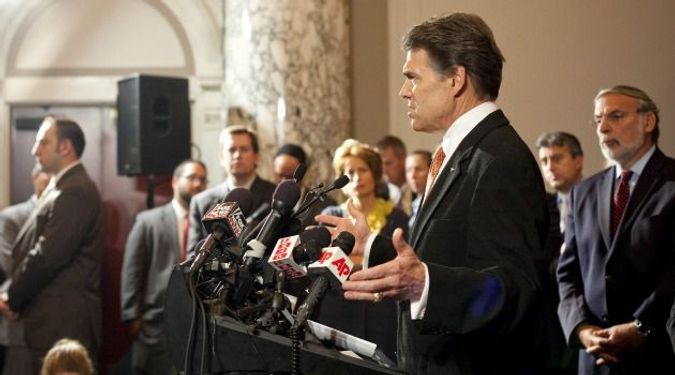 The GOP front-runner said Obama wasn’t backing the Jewish state strongly enough, especially as the Palestinians head to the United Nations this week to push their bid for statehood, the New York Daily News reported.

“Simply put, we would not be here today, at the precipice of such a dangerous move, if the Obama policy in the Middle East wasn’t naive, arrogant, misguided and dangerous,” Perry said, according to the paper.

At one point in his speech, Perry mispronounced Palestine “Pal-a-steen.” It was unclear if he was seeking to make clear his disdain for the statehood bid or if he simply used the pronounciation of the east Texas town of the same name.

Perry was flanked by just elected Rep. Bob Turner, a Queens Republican who won his mostly Democratic district with the help of Jewish voters.

“His baseless attacks on President Barack Obama’s strong record of support for Israel and the actions that the President and his Administration are taking to beat back the Palestinian’s unilateral initiative are nothing more than a deeply disturbing ploy to inject domestic politics into the U.S.-Israel relationship,” the group said.