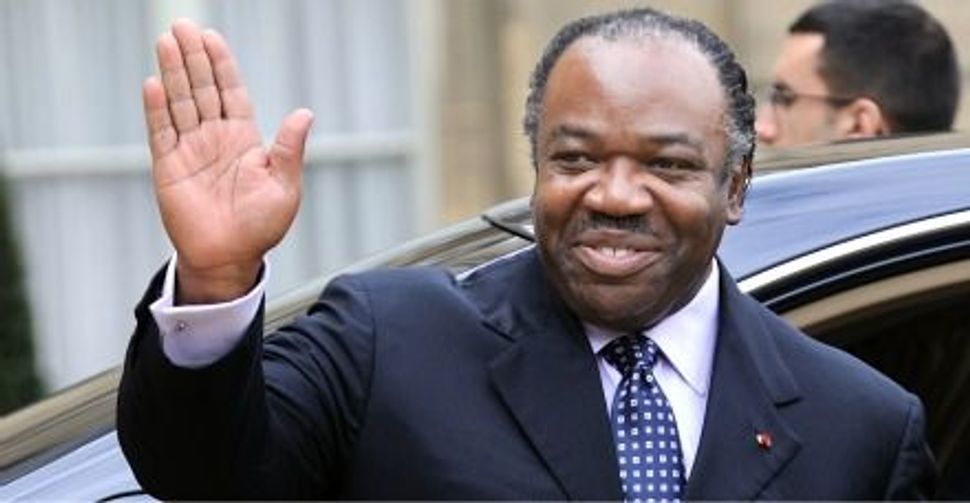 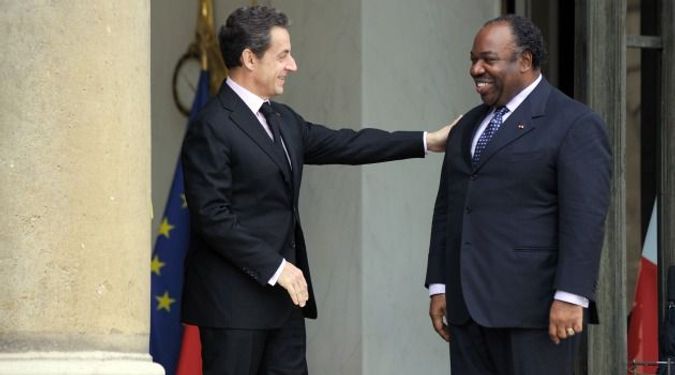 Best Buddies: French President Nicholas Sarkozy greets Gabon?s strongman Ali Bongo in Paris. Some small nations are getting a lot of attention because they are members of the Security Council. Image by Getty Images

Every nation has its 15 minutes of fame, and on Tuesday at the United Nations it was the turn of Gabon. The western African nation of 1.5 million citizens became the epicenter of diplomatic activity surrounding the upcoming vote on Palestinian statehood.

Because it was lucky enough to be one of three countries that are viewed as possible swing votes in the UN Security Council on the Palestinian issue. In order to pass the resolution providing Palestine with full UN membership, Palestinians will need 9 of the 15 Security Council members to vote with them. Of course, the U.S. can always veto any resolution and has declared it would do so if necessary, but the U.S. and Israel are hoping for a regular vote, which will not require America to use its veto power.

And so the Gabonese delegation to the UN was courted in the past few days by all sides – Palestinians trying to convince Gabon to vote yes, Russia, which is the strongest supporter the Palestinians have in the Security Council, also weighing in, and on the other side the U.S. and Israel pushing Gabon to vote “no”. Israeli and American diplomats paid visits to Gabon officials in the U.N. and Shimon Peres, Israel’s president and senior statement, phoned Gabon’s president Ali Bongo to help make the pitch. Ali Bongo is the son and successor of Omar Bongo who ruled the country for more than 35 year and was known as Africa’s longest serving dictator. A senior Israeli diplomat said both Israel and the U.S. are reaching out to France asking it to use its influence and historic colonial ties with Gabon to help make the case for opposing Palestinian statehood.

The efforts seem to be paying off and although there is no official announcement, diplomats at the U.N. said they believe Gabon will not give its vote for an independent Palestine.

But what about Nigeria?

It too holds the possibility to tip the point and now seems to be leaning toward Israel’s side. It took Israel’s defense minister, Ehud Barak, to get Nigeria off the fence. Barak met on Tuesday with Nigeria’s president Goodluck Jonathan and raised the issue with him. Following the meeting, Barak’s office issued a statement saying Nigeria would oppose Palestinian statehood.

The third country being courted is Bosnia, but here American diplomats believe they have a safe vote. Bosnia was torn between Russian pressure and calls from the U.S. and its European neighbors, and eventually decided, according to U.S. sources, to oppose the Palestinian move.

But all this diplomatic maneuvering could prove to be premature, since it is not clear when the Security Council will be asked to vote on the measure, even after Palestinian President Mahmoud Abbas officially submits his request on Friday.