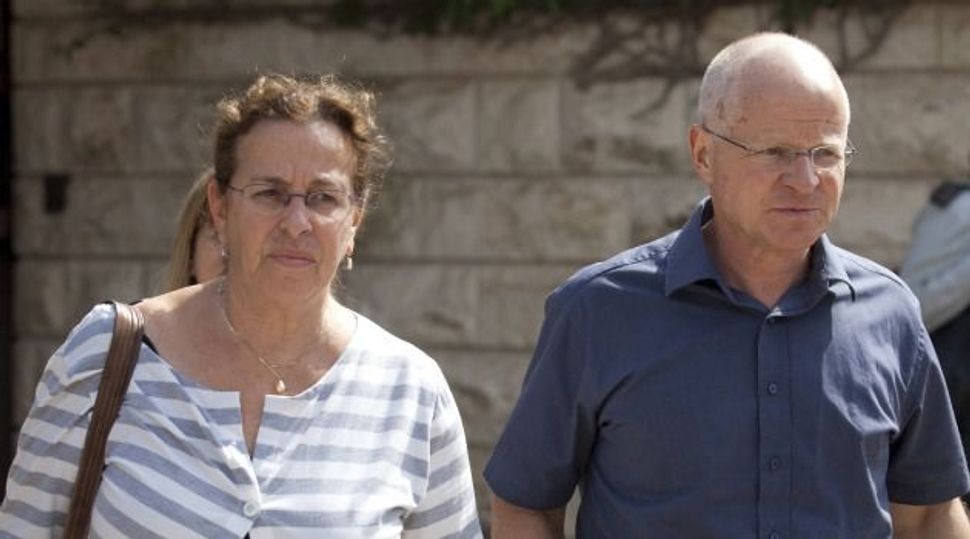 Anxious Wait: Gilad Shalit?s parents, Noam and Aviva, return home after meeting with officials. They are awaiting their son?s release from captivity. Image by getty images

President Shimon Peres met on Wednesday with the family of Gilad Shalit in Jerusalem and praised the deal reached between Israel and Hamas that includes Shalit’s release.

“I thank the Prime Minister [Benjamin Netanyahu] for the brave decision to return Gilad,” Peres said. “The prime minister made a bold decision that was correct, but not simple. I’m proud of the people of Israel, who can accept democratic decisions even in difficult moments and respect the principle of redeeming captives. I am aware of the feeling of pain of families who lost loved ones in terrorist attacks. At this time, we must warmly adopt them into our hearts.”

Peres told Shalit’s parents, Noam and Aviva, that they struggled for their son’s release with “restraint and dignity”.

Aviva Shalit thanked the Netanyahu government for approving the swap deal, saying it was a “courageous decision.” She also paid tribute to the families of the two soldiers killed in the June 2005 attack that led to her son’s capture.

“The bereaved families will always be with us and we will always remember Hanan [Barak] and Pavel [Slutzker] who were killed in the incident,” she said.

“We’ve waited days, weeks and years for this moment, and now we are waiting anxiously for the moment that we will see Gilad at home,” Noam Shalit said.

Noam and Aviva Shalit also thanked French President Nicolas Sarkozy for his role in efforts to secure their son’s release. The Shalits met with France’s ambassador to Israel Christophe Bigot on Wednesday.

Later, Noam and Aviva Shalit departed the protest site they had been encamped at in Jerusalem to return to their home in the northern town of Mitzpe Hila

Peres also met with Israeli officials who took part in the Shalit talks, including the head of Israel’s negotiating team, David Meidan. Peres thanked the officials for their work in reaching a deal to bring Shalit home.