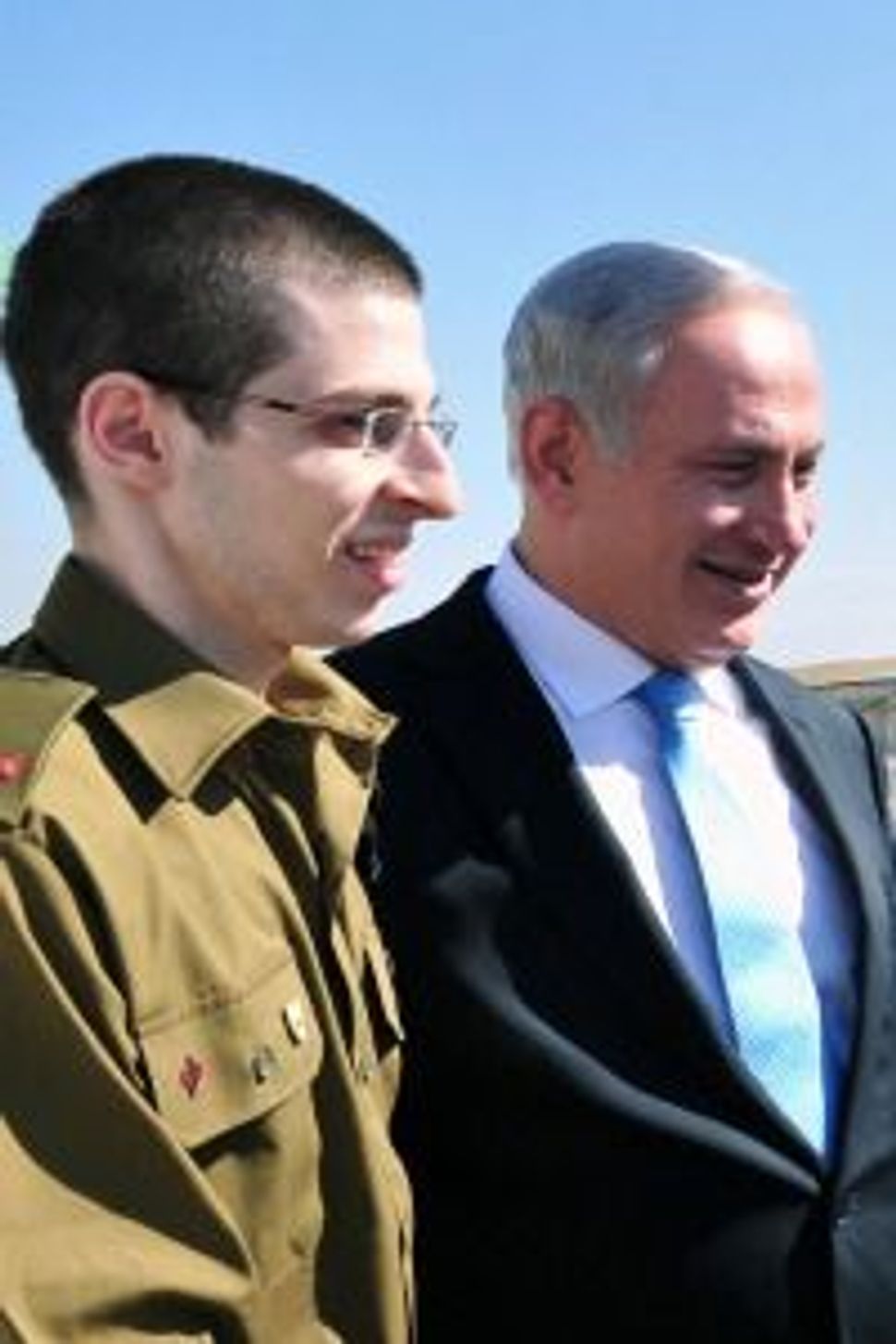 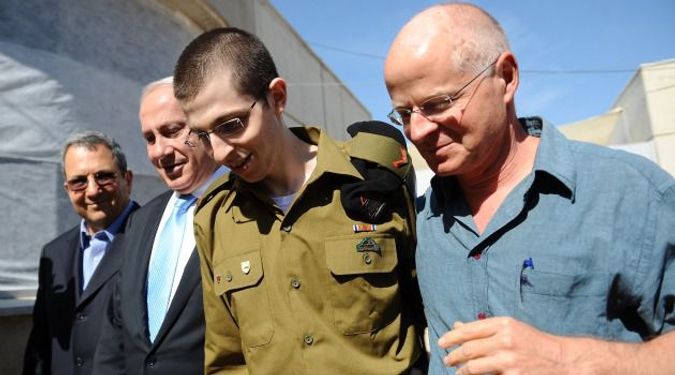 Home for Good: Beaming father Noam Shalit walks with son, Gilad Shalit, as the soldier enjoys his first day of freedom after five years in captivity. Image by Getty Images

Joyous crowds of neighbors greeted Israeli soldier Gilad Shalit on his arrival home in the northern town of Mitzpe Hila after he was finally released from five years in captivity Tuesday.

Throngs lined the streets singing ?Heveinu Shalom Aleichim? and marching with flags as he returned with his family to his house for the first time since being captured by Hamas in 2006. They tossed flowers at an Israeli army vehicle that transported Shalit and his family to their home.

He told interviewers he was ?very emotional? about being released and hoped the massive prisoner-swap might help lead to peace between Israel and the Palestinians.

?I?m very emotional. I haven?t seen people in a long time,? Shalit told Egyptian TV, adding that he was looking forward ?to meeting people, to talking to people? and ?not doing the same things all day long.? 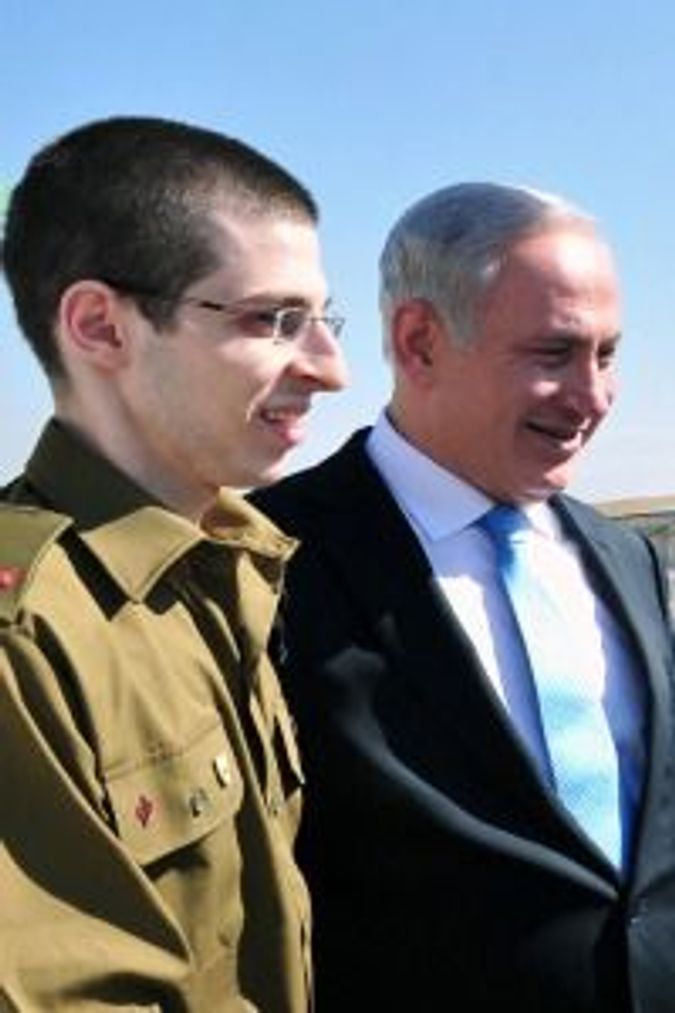 Shalit, 25, looked tired and dazed, hesitating as he replied to questions from an Egyptian TV reporter. Speaking through a translator, Shalit said he was in good health and that he hoped his release in exchange for hundreds of Palestinians held in Israeli prisons would lead to peace between the two peoples.

Shalit was later taken into Israel and met with Prime Minister Benjamin Netanyahu at an airbase.

?Welcome back to Israel. How good to have you back home,? Netanyahu told the freed soldier, according to the BBC.

He later met with his family and was flying by helicopter to their home in the north of the country.

?I hope this deal will lead to peace between Palestinians and Israelis and that it will support cooperation between both sides,? he said.

Shalit also said he would be very happy if remaining Palestinians held in Israeli prisons were freed to return to their own families, but that he hoped ?they won?t go back to fighting against Israel.?

Asked when he was told he would be set free in exchange for Palestinian prisoners, he said: ?I received the news about a week ago. I can?t describe my feelings then, but I felt I had hard moments ahead of me.? He said he had feared he would remain in captivity for ?many more years? and remained afraid that ?things may go wrong.?

?I think that the Egyptians succeeded, because they have good relations both with Hamas and with Israel,? he replied, when the interviewer made a point of stressing that it had been the Egyptian National Security which mediated his release.

Shalit was abducted in June 2006 by militants who tunnelled into Israel from the Gaza Strip and surprised his tank crew, killing two of his comrades. He was whisked back into Gaza and held incommunicado until his release.

With reports from Haaretz