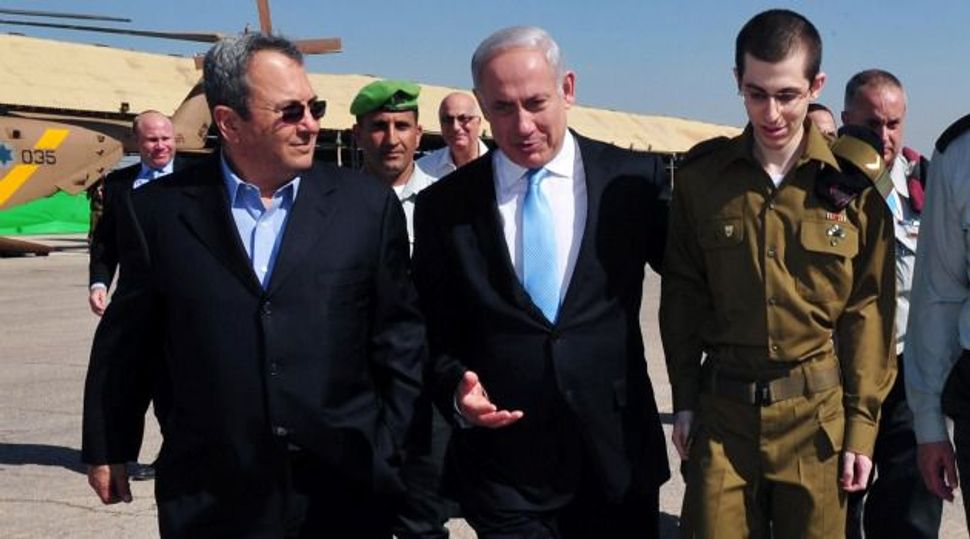 Prime Minister Benjamin Netanyahu said Tuesday following the release of Israeli soldier Gilad Shalit that he had accomplished his longtime mission by setting the abducted soldier free after five years in Hamas captivity.

?On this day, we are all united in both joy and pain,? Netanyahu told the press conference summoned at the Israel Air Force base in Tel Nof upon Shalit?s arrival.

?Two years and a half ago, I returned to my post as prime minister and one of the most important, complex missions I found on my desk was to return Gilad Shalit home alive and well, the premier said, adding: ?Today that mission has been accomplished.?

The premier said that the decision to release hundreds of Palestinian prisoners as part of the deal that secured Shalit?s release was ?very very hard,? but added that he had focused his efforts on ?returning home he who was sent into battle by the State of Israel.?

?I know very well that the pain of the families of the victims of terrorism is too heavy to bear,? said Netanyahu. ?It is difficult to see the miscreants who murdered their loved ones being released before serving out their full sentences. But I also knew that in the current diplomatic circumstances, this was the best agreement we could achieve, and there was no guarantee that the conditions which enabled it to be achieved would hold in the future. It could be that Gilad would disappear; to my regret, such things have already happened.?

?I thought of Gilad, of the five years in which he rotted in Hamas captivity. I did not want his fate to be that of [missing IAF navigator] Ron Arad, who was taken captive 25 years ago and has not returned home since,? Netanyahu said. ?I remembered the noble Batya Arad. I remembered her concern for her son Ron, right up until her passing. At such moments, a leader finds himself alone and must make a decision. I considered ? and I decided. Government ministers supported me by a large majority.?

?And today, now Gilad has returned home, to his family, his people and his country. This is a very moving moment,? said Netanyahu.| A short time ago, I embraced him as he came off the helicopter and escorted him to his parents, Aviva and Noam, and I said, ?I have brought your son back home.? But this is also a hard day; even if the price had been smaller, it would still have been heavy.?

?I would like to make it clear: We will continue to fight terrorism,? Netanyahu declared. ?Any released terrorist who returns to terrorism ? his blood is upon his head. The State of Israel is different from its enemies: Here, we do not celebrate the release of murderers. Here, we do not applaud those who took life. On the contrary, we believe in the sanctity of life. We sanctify life. This is the ancient tradition of the Jewish people.?