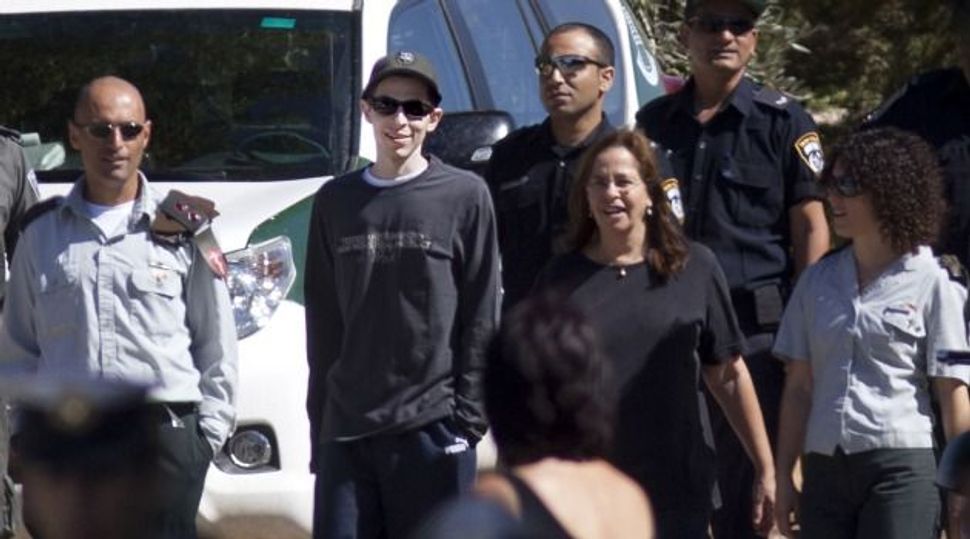 Morning Stroll: Newly released soldier Gilad Shalit went for a walk with his mother, Aviva, outside their home in northern Israel. Image by getty images

Israel Defense Forces medical officers arrived at the home of Israeli soldier Gilad Shalit on Wednesday, a day after the former Hamas captive was freed in a prisoner exchange deal.

Shalit was spotted taking a stroll outside his Mitzpe Hila home, accompanied by his mother Aviva and military metal health officials.

Speaking to reporters on Wednesday morning, Gilad’s father Noam said his son “is doing well and he slept well overnight.”

“He needs quiet to recuperate and we hope to return to a normal life as soon as possible,” he added.

News of a visit by five IDF doctors to the Mitzpe Hila home came following reports on Tuesday that Shalit had felt unwell during a helicopter flight from Egypt’s border with Israel to an IAF base in central Israel, despite initial examinations that found the IDF soldier to be in good health.

Shalit then underwent a more comprehensive check-up before the decision was made to send him home by helicopter under medical supervision.