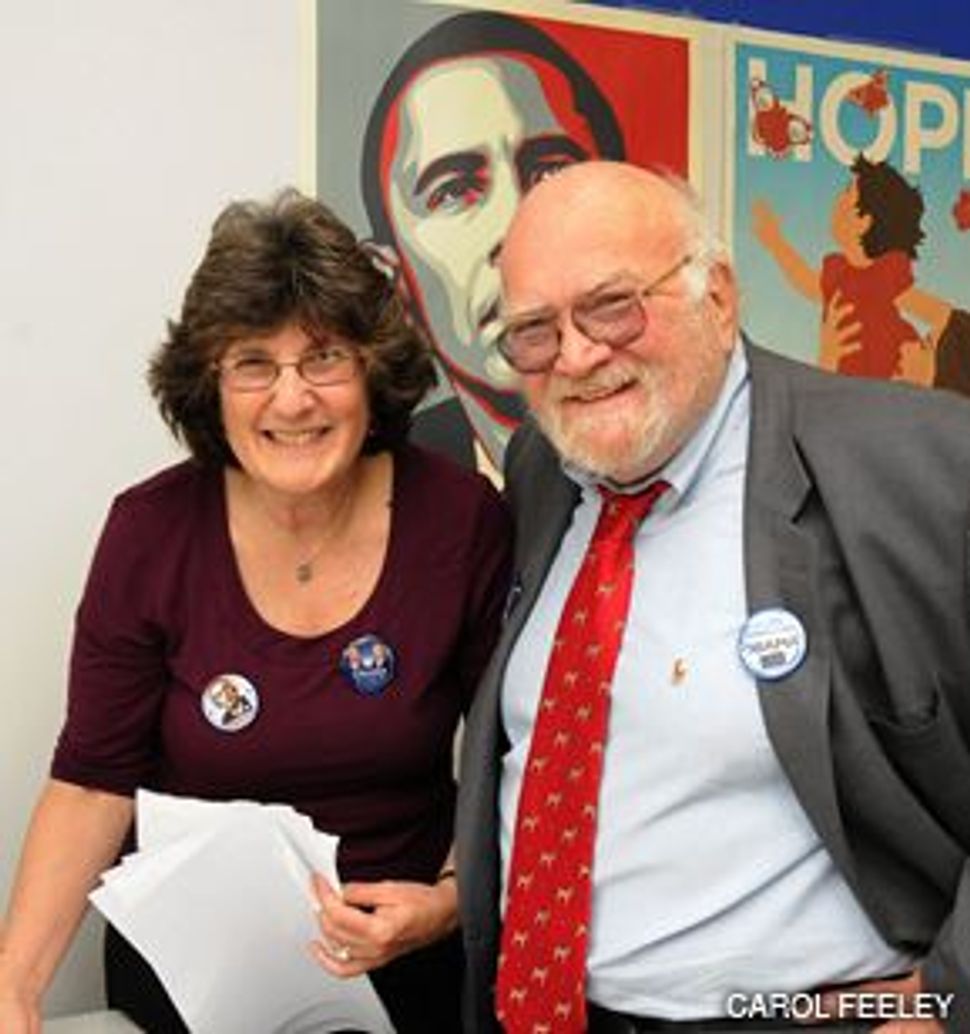 PHILADELPHIA, Pa. — Wearing a “Pennsylvania for Obama” button on his left lapel, a Hebrew “Barack Obama ‘08” button on his right lapel, and a broad grin on his face, Burt Siegel looked like a liberated man. 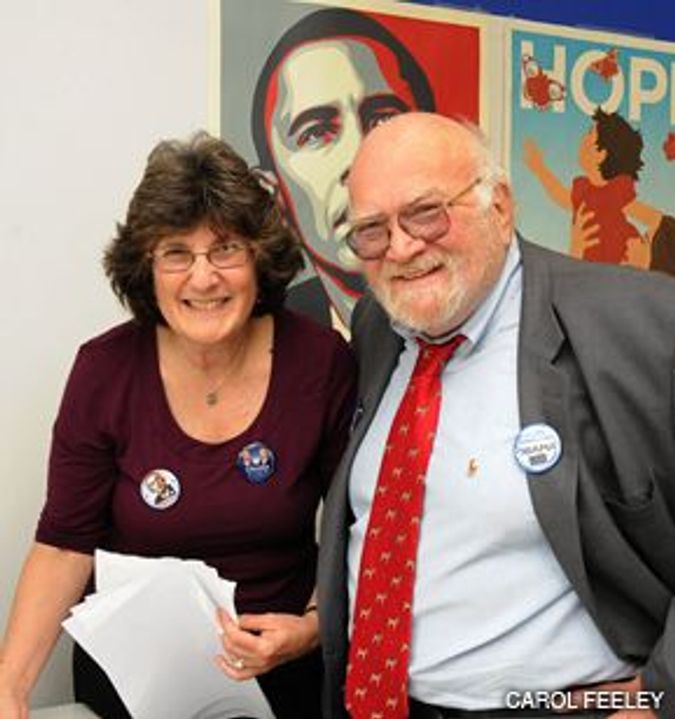 The day before the election, Siegel, 65, retired as executive director of the Philadelphia Jewish Community Relations Council, a job that required him to be strictly nonpartisan. Now, with Election Day as his first day of political freedom, he had come in to volunteer at the Obama headquarters in northeast Philadelphia, where he was dispatching cars to drive elderly voters to the polls. The timing, he said, was not coincidental.

“I really wanted to do whatever I could to help the Obama campaign,” he said. “It wouldn’t have felt right to work today when I could have retired a day before.”

Siegel had worked for 35 years at the JCRC, where he worked closely with Republicans and Democrats and had to keep a low partisan profile. As the executive director for the last dozen years, his political profile was non-existent.

“I chose this career and I loved it,” he said. Even so, “It was frustrating. I came from a very political family. I was politically involved from age 21 when I worked on the Johnson campaign.”

Siegel’s wife, Barbara, hasn’t faced the same constraints. In September she organized an event for older Jewish women, “Bubbes for Barack,” in the Siegels’ living room. But even Barbara chafed at some of the restrictions, such as when Burt told her they couldn’t put up lawn signs.

“She’d say, ‘I live here too. I own half the lawn,’” Siegel recalled, chuckling.

But this weekend, a day early Siegel confessed, they broke the taboo.

A previous version of this story reported the statement of an Obama volunteer that a New York JCRC executive had been involved in the Obama campaign. That statement proved erroneous and was quickly removed.