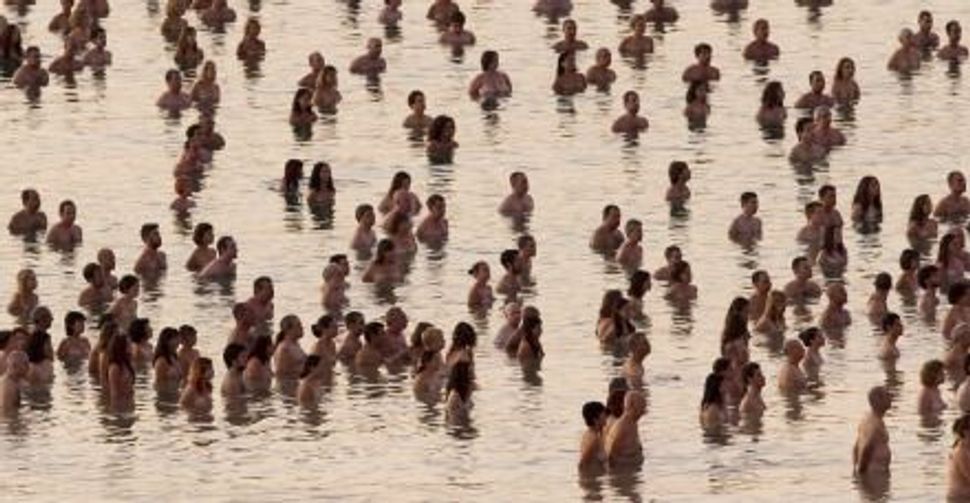 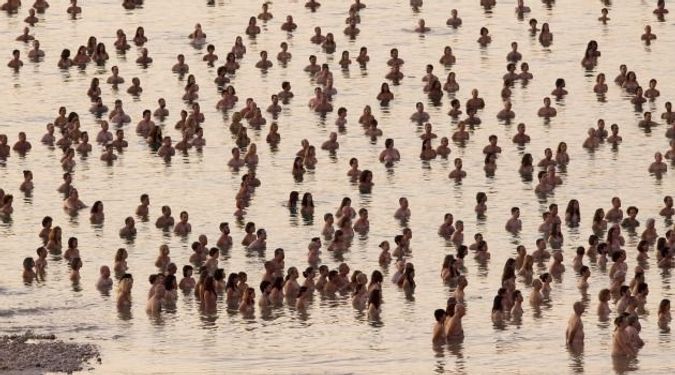 Not Nude Enough: Scores of Israelis posed in their birthday suits for photographer Spencer Tunick?s mass photo shoot. It wasn?t enough to get the Dead Sea a spot in the Seven Wonders of the world. Image by getty images

A provisional list of the New 7 Wonders of Nature was announced and Israel’s Dead Sea failed to make the cut.

The Dead Sea was in the running for a place alongside spectacular natural phenomena such as the Amazon, Iguazu Falls, and Indonesia’s Komodo national park, which did win the prestigous title.

The four other sites that made the list were Halong Bay in Vietnam, Jeju Island in South Korea, Puerto Princesa Subterranean River in the Philippines, and Table Mountain in South Africa.

The Dead Sea is shared by Israel, Jordan and the West Bank. It was almost eliminated from the contest in 2009 when the Palestinian Authority threatened a boycott over the participation of an Israeli settler council. But a last-minute compromise allowed the candidacy to proceed to the next stage.

Over 100 million people participated in choosing the seven new, man-made wonders of the world announced in July 2007. Winning the title nearly tripled tourist visits to Jordan’s ancient ruins of Petra, to the east of the Dead Sea.

Attempts to push the Dead Sea into the global public eye this year included a highly covered visit by U.S. life style high-priestess Martha Stewart, as well as a mass photo op by renowned U.S. photographer Spencer Tunick, who shot 1,200 nude Israeli men and women at the famous natural landmark.

The group that runs the contest is officially announcing the winners today.

Despite its loss, the Dead Sea was still included on a bucket list of must-see vacation attractions by the Guardian.