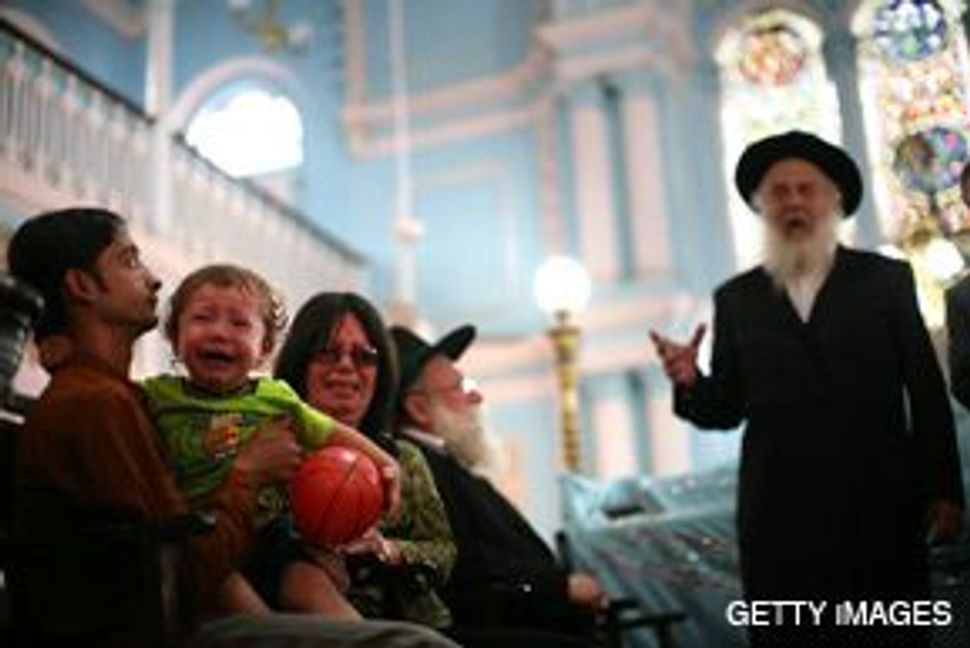 Jerusalem — A memorial service for the Jewish victims of the Mumbai terrorist attack was held in the Indian city.

About 100 people gathered Monday in the Knesset Eliyahu synagogue to mourn the deaths of the six Jews killed when terrorists took over the Chabad center on Nov. 26. Among those killed in the siege were the couple that ran the center, Rabbi Gavriel and Rivkah Holtzberg.

Rivkah Holtzberg’s father, Shimon Rosenberg, memorialized his daughter and son-in-law, and thanked his grandson Moshe’s caregiver, Sandra Samuel, who escaped with the 2-year-old in the early hours of the siege.

“With great resourcefulness Sandra saved the life of my grandson,” Rosenberg said, according to reports. “Had she not he surely would have been murdered.”

During the ceremony, Moshe Holtzberg cried out for his mother.

Mark Sofer, the Israeli ambassador to India, spoke to the victims’ relatives and Mumbai Jews.

“The State of Israel will not sit quietly while Israelis and Jews are massacred just because they are Jews,” he said. “We will continue to work with India and with other countries in the world in order to prevent this kind of event from happening in the future.”

A small ceremony is planned as well when the plane carrying the bodies, as well as Moshe and Samuels, lands at Ben Gurion International Airport near Tel Aviv on Monday evening. Funerals are scheduled for Tuesday.