Cantor Gets Polite Reception From URJ 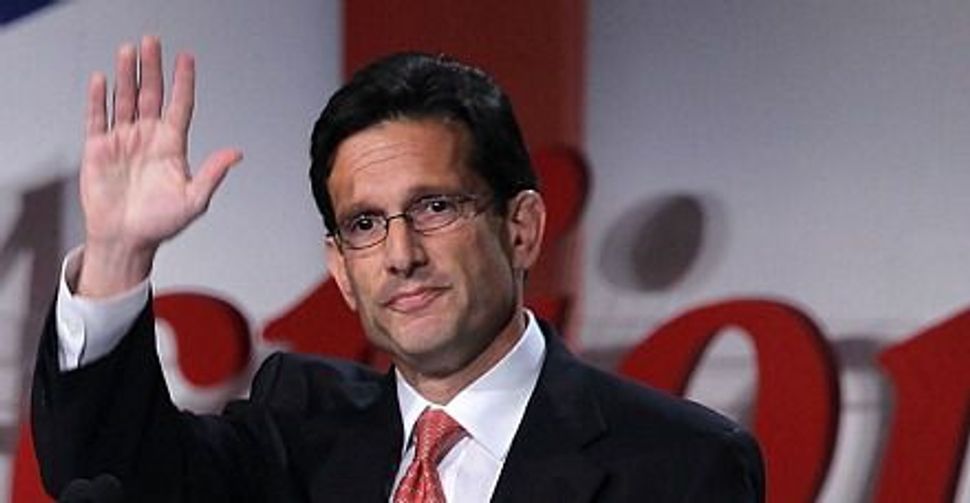 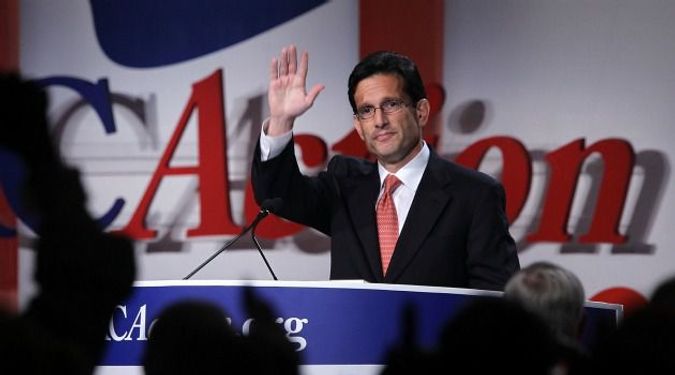 The biennial conference of the Union for Reform Judaism may not be the best fit for ultra-conservative House Majority Leader Eric Cantor.

The movement is known for its strong support for social justice and its moderate views on the Arab-Israel conflict. On most issues, Cantor (R-Va.) represents the opposite approach.

But Cantor, the sole Republican Jew in the U.S. Congress and the highest-ranking Jewish GOP lawmaker in history, received a warm, albeit not enthusiastic welcoming from the Reform crowd. Introduced by Rabbi David Saperstein, head of the Religious Action Center, the Reform Movement’s political lobbying arm, Cantor was praised for holding the “highest Jewish values” and received a standing ovation from the audience as he took to the podium.

Cantor, who had led the fight for cuts in government expenses, including those used to fund social safety network programs, chose to skirt those issues and focus his speech on Israel.

He did take at least one oblique jab at the White House.

Referring to recent comments by U.S. ambassador to Belgium, Howard Gutman, who has been accused by critics of providing some justification to anti-Semitism in Europe by saying that in part it stems from the Arab – Israeli conflict, Cantor said that “any justification of any form of anti-Semitism must not be tolerated or condoned.” Cantor did not mention Ambassador Gutman by name, but spoke of a “prominent voice” in the U.S. diplomatic corps. The Obama administration refused to take action against Gutman, who is a political appointee and a donor to President Barack Obama.

Expressing his concerns over the “so-called Arab Spring,” Rep. Cantor called on “leaders in Washington”, again, without mentioning the Obama administration, to have the “moral courage to see the world as it is.” Cantor added that now is the time to “send a clear signal” to the world saying that “it is not okay to vilify Israel and it is not okay to demonize Jews.”

Speaking about the peace process, Cantor told the audience in a half-filled convention center hall, about a Palestinian woman from Gaza who received life-saving treatment in an Israeli hospital in Beer Sheva, only to go back to the place later with a bomb strapped to her body in attempt to blow up the hospital in a suicide attack.

“This culture underlines the Palestinian and Arab refusal to accept Israel as a Jewish state,” Cantor said, adding that it is also the root of the conflict and that “until they come to terms with this, true peace will be a dream.” The Palestinians, according to Cantor, need to demonstrate that they are worthy of a state.

Cantor’s short speech was well-received and drew some applause from the audience. President Obama will speak on Friday, and most observers expect him to win a much more enthusiastic response.

Cantor Gets Polite Reception From URJ