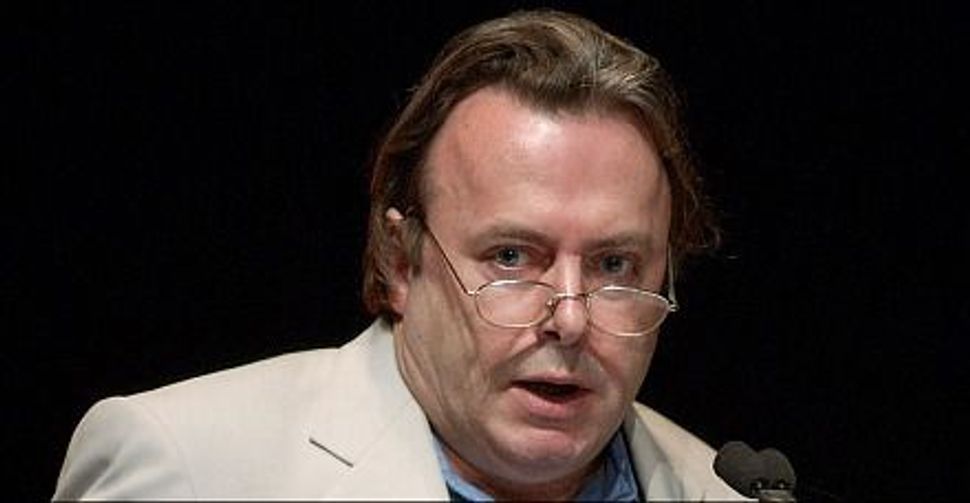 Christopher Hitchens, the atheist and iconoclast who discovered in adulthood that he was of Jewish descent, has died. 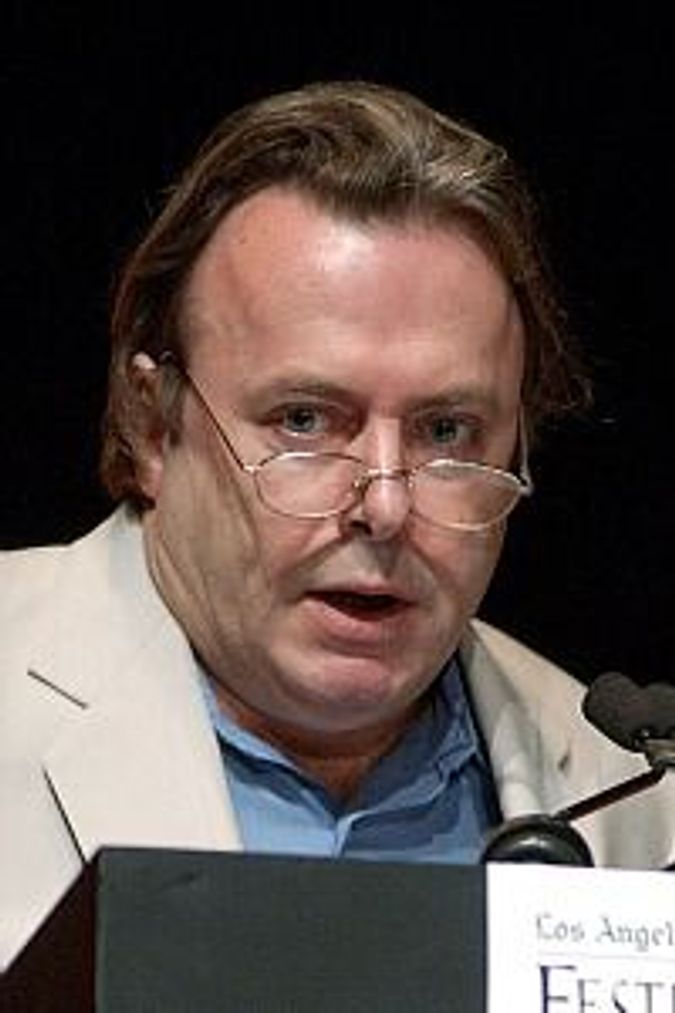 Vanity Fair, where much of Hitchens’ work appeared, announced his passing late Thursday night on Twitter. He was 62 and suffering from esophageal cancer.

Hitchens, born in Britain but more recently naturalized as an American citizen, emerged from the British left in the 1970s, joining the New Statesman as a journalist.

He pursued some of his targets for decades, urging a war crimes indictment of Henry Kissinger for his role in the Nixon administration as an architect of its policies in Indochina and Latin America.

He also sought to debunk the aura of saintliness that surrounded the late Mother Teresa.

Hitchens had a complicated and evolving relationship with Israel and Judaism.

Regarding Israel, he allied himself in the 1970s and 1980s with Palestinian nationalists and called himself an anti-Zionist.

As an atheist, he engaged with Judaism as he did with other faiths – with disdain for what he saw as a corrupting, malign irrationalism.

Yet in later years it was his inclination against religion that seemed to moderate his views on Israel.

He developed a grudging appreciation for a democracy in a region he saw burgeoning with radical theocrats.

He also detected among some of his fellow Israel critics a tendency toward anti-Semitism, as much as saying it was an element driving the thesis of overweening pro-Israel influence in “The Israel Lobby,” the 2007 book by Stephen Walt and John Mearsheimer.

“Mearsheimer and Walt belong to that vapid school that essentially wishes that the war with jihadism had never started,” he wrote in 2006 of the essay that was the basis for the book. “Their wish is father to the thought that there must be some way, short of a fight, to get around this confrontation. Wishfulness has led them to seriously mischaracterize the origins of the problem and to produce an article that is redeemed from complete dullness and mediocrity only by being slightly but unmistakably smelly.”

Hitchens was 38 when his maternal grandmother revealed to his younger brother Peter that she was Jewish.

He told The Observer in 2002 that the revelation “thrilled” him – living in Washington, he had acquired a passel of Jewish friends. Moreover, he had had a dream of being on the deck of a ship and being asked to join a minyan.

Despite his rejection of religious precepts, Hitchens would make a point of telling interviewers that according to halacha, he was Jewish.

Hitchens’ proclivity, his insistence on pleasing no one but himself, was evident this summer when his target was a small group of pro-Palestinian activists aiming to breach Israel’s blockade of the Gaza Strip on the anniversary of the Israeli raid on another flotilla that claimed the lives of nine Turks and earned Israel international opprobrium.

He could not resist tweaking Israel for a tendency to blunder into confrontation.

“Since Israel adopts a posture that almost guarantees a reaction of some sort in the not-too-distant future, and since there was such a frisson of violence the last time the little fleet set sail, there’s no reason for it not to become a regular seasonal favorite,” he wrote in Slate.

But then he went on to note the activists ties or sympathies with the Hamas-led government in Gaza, also noting Hamas’ embrace of The Protocols of the Elders of Zion.

“This disgusting fabrication is a key foundational document of 20th-century racism and totalitarianism, indelibly linked to the Hitler regime in theory and practice,” he wrote. “It seems extraordinary to me that any ‘activist’ claiming allegiance to human rights could cooperate at any level with the propagation of such evil material.”

He continued: “The little boats cannot make much difference to the welfare of Gaza either way, since the materials being shipped are in such negligible quantity. The chief significance of the enterprise is therefore symbolic. And the symbolism, when examined even cursorily, doesn’t seem too adorable.”