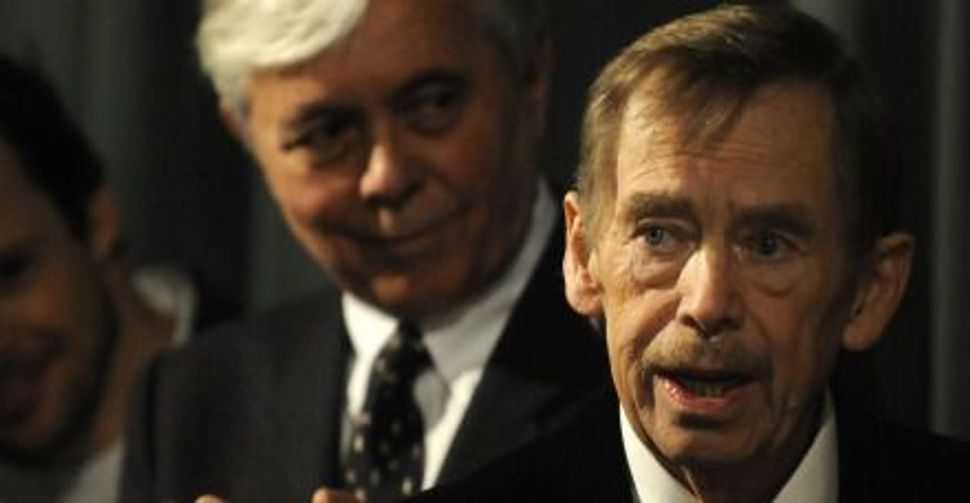 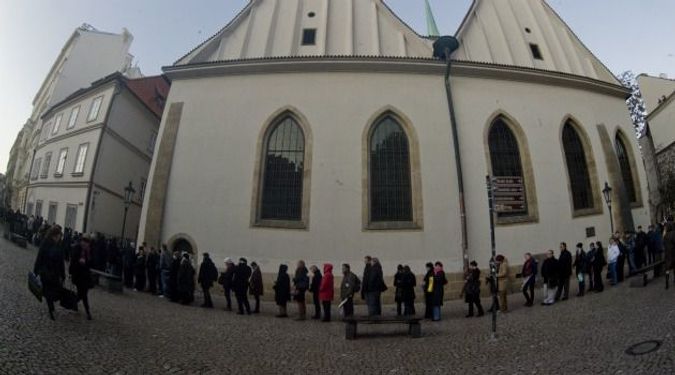 Long Line: Czechs line up to pay last respects to Vaclav Havel, the playwright and dissident who led the Velvet Revolution against communism. Image by getty images

Along with their fellow countrymen, Czech Jews mourned the death of former President Vaclav Havel.

A statement from the Federation of Czech Jewish Communities said that Jews had respected Havel as a statesman and a world-renowned writer, and felt close to him “as a friend who had an understanding of human concerns and joys.”

“The Jewish community in the Czech Republic would like to thank him for everything he did for the citizens of this country,.” He will, the statement said, “be gratefully remembered for his crucial contribution to good relations between the Czech Republic and Israel.”

The dissident playwright and human rights champion helped lead Prague’s 1989 “Velvet Revolution” and was a hero in the Cold War struggle for democracy in Soviet-dominated Eastern Europe.

In 1977 he was a co-author of the human rights manifesto Charter 77, which became the catalyst for the Czech dissident cause. Just weeks after the collapse of communism, Havel was elected president of Czechoslovakia on Dec. 29, 1989.

Havel demonstrated his commitment to Jewish causes by making one of his first foreign trips after becoming Czechoslovak president a three-day visit to Israel in April 1990. On the trip he brought with him 180 Czech Jews. In 2010, he was one of the founding members of the Friends of Israel group of international political figures.

His last public appearance was on Dec. 10, when he met with the Dalai Lama and signed an appeal in support of dissidents around the world.

The European Jewish Congress called Havel a “great friend of the Jews” who “did much to confront anti-Semitism and teach the lessons of the dark chapter of the Holocaust during his two terms in office.”

“Having personally worked with him, I can attest to the tremendous moral qualities of President Havel,” said EJC President Moshe Kantor, who served with Havel on the European Council on Tolerance and Reconciliation. “He was a figure for a new and modern Europe to emulate. President Havel lived through communism and lead the Czech Republic to a new era, helping move his countrymen through a troubled past to a more open, free and tolerant future.

“President Havel was a true and steadfast friend of the Jewish people and will be missed by European Jewry.”

The Conference of European Rabbis in a letter to the president of the Czech Republic, Vaclav Klaus, described Havel as “the emblematic symbol of peaceful change from totalitarianism to democracy” in Eastern and Central Europe.

“The Jewish communities of Europe join with our brothers and sisters in the Jewish community of the Czech Republic and its chief rabbi, Karel Sidon, in offering our deep condolences to all the Czech people on the passing of Václav Havel, an indefatigable fighter for freedom of all peoples,” the letter said.