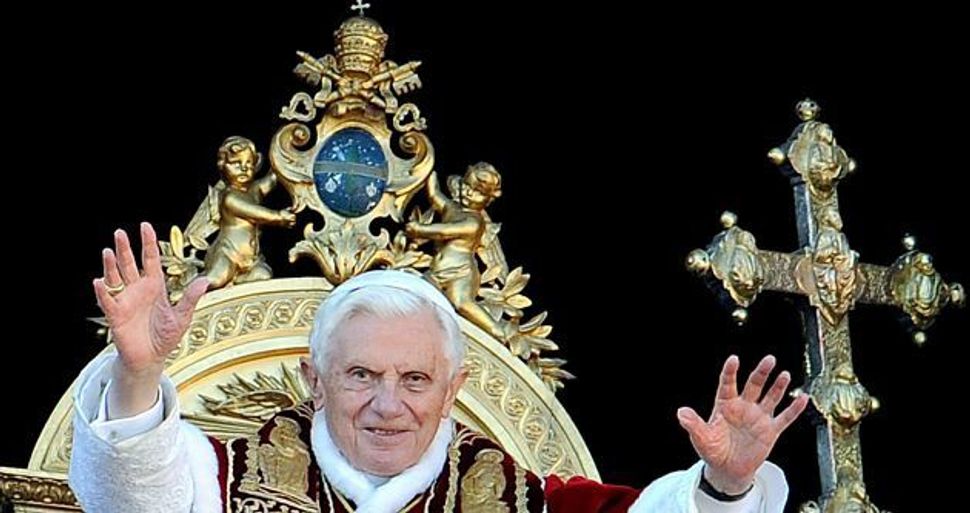 A Message to the Faithful: In his Christmas Day address, Pope Benedict XVI, who leads the world?s 1.3 billion Catholics, called for new peace talks and increased humanitarian aid to the world?s most vulnerable populations. Image by Getty Images

Pope Benedict XVI, in his Christmas message from St. Peter’s Basilica, called for renewed talks between Israelis and Palestinians, and for an end to the months of violence in Syria.

“May the Prince of Peace grant peace and stability to that Land where he chose to come into the world, and encourage the resumption of dialogue between Israelis and Palestinians,” the 84-year-old pontiff told the tens of thousands of people who filled the Vatican’s St. Peter’s Square on Christmas Day. “May he bring an end to the violence in Syria, where so much blood has already been shed.”

In his televised address, which is watched by millions around the world, the pope also called on the international community to provide more aid to those suffering from hunger and displacement in the Horn of Africa, as well as to victims of the recent floods in Southeast Asia.

Pope Benedict XVI finished his address, delivered in Italian, by offering Christmas greetings in 65 languages, including Hebrew and Arabic.

The pope’s address made no reference to a Christmas Day bomb blast that killed at least 25 people inside a Catholic Church, near Lagos, Nigeria. But the Vatican issued a statement condemning the bombing, and another church bombing in the northwest city of Jos, as acts of “blind hatred.” A radical Muslim sect known as Boko Haram is claiming responsibility for the attacks, The Associated Press is reporting.