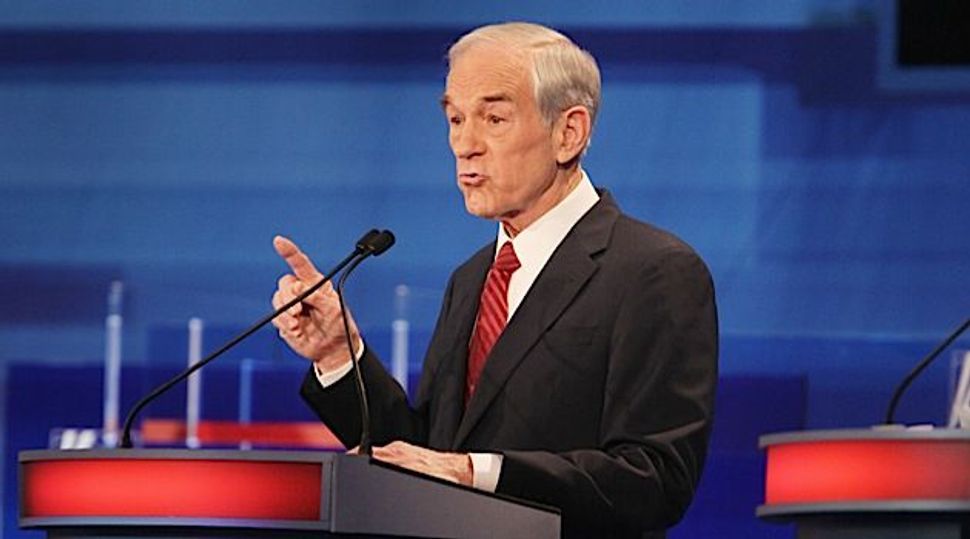 Republican presidential hopeful Ron Paul supports calls for the abolishment of Israel as a Jewish state, and the return of it in its entirety to the Arabs, though he is not an anti-Semite, a former senior aide of the libertarian Texan congressman wrote in a blog on Monday.

“He wishes the Israeli state did not exist at all,” Eric Dondero, who worked for Paul until 2003, wrote in his blog on the RightWing News website. “His view is that Israel is more trouble than it is worth, specifically to the America taxpayer.”

“He sides with the Palestinians, and supports their calls for the abolishment of the Jewish state, and the return of Israel, all of it, to the Arabs,” Dondero added.

He also writes that Paul is a staunch isolationist who said that the U.S. should not have entered World War II, because “‘saving the Jews,’ was absolutely none of our business.”

Responding to the column, CBS News quoted Ron Paul’s spokesman Jesse Benton as saying that, “Eric Dondero is a disgruntled former staffer who was fired for performance issues. “

“He has zero credibility and should not be taken seriously,” Benton added.

In recent weeks the congressman, who opposes U.S. aid to Israel, has attempted to fight back criticism that he is anti-Israel. In a recent interview with the conservative news organization Newsmax, Paul insisted that Israel is America’s “friend and trading partner,” lauded “the original idea of Zionism,” and criticized the White House for tying to dictate Israeli policy, particularly as it pertains to its borders with its neighbors.

Recent polls show that support for Paul is surging in the early caucus state of Iowa.

Paul’s views on Israel are already known to many. These views led the Republican Jewish Coalition, an organization of Jewish Republicans to exclude the Texan congressman from a debate they held in the beginning of December, explaining, “there is no reason to allow Paul to pretend he is anything but an extremist who is far outside of the mainstream, especially when it comes to issues concerning the U.S.-Israel alliance.”