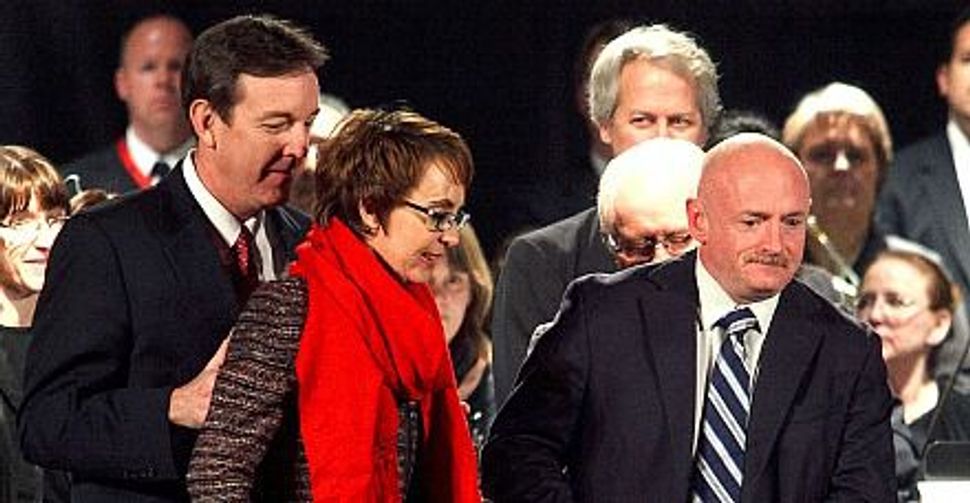 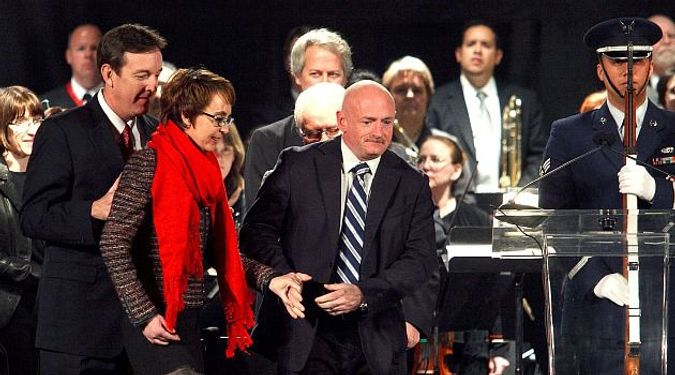 Rep. Gabrielle Giffords (D-Ariz.) bravely led the pledge of allegiance at a emotional vigil that drew thousands on the first anniversary of the shooting rampage that wounded her and killed six others.

The still-recovering lawmaker needed help from her astronaut husband Mark Kelly to lift her right arm to her heart. But she spoke clearly and forcefully as she recited the pledge at the ceremony on the campus of the University of Arizona.

Bells tolled across Tucson on Sunday at 10:11 a.m., the exact moment that a gunman opened fire on Giffords and others on January 8, 2010. 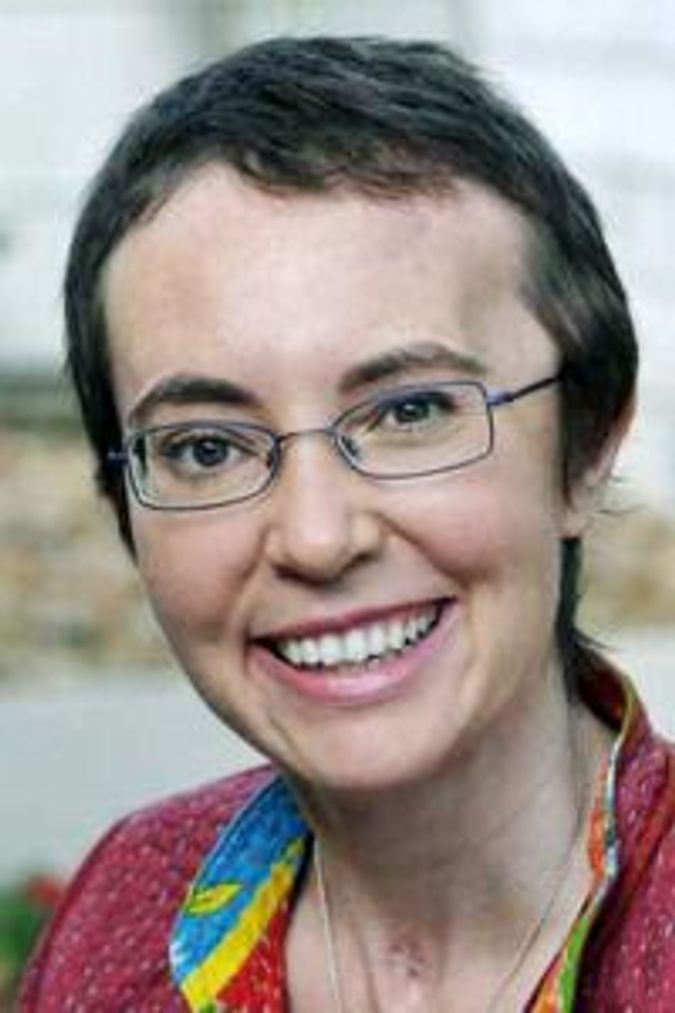 The congresswoman visited her office on Saturday for the first time since the shooting and unveiled a plaque for slain staffer Gabe Zimmerman, the Arizona Republic reported.

President Obama called Giffords on Sunday “to offer his support” and say that she is in his “daily thoughts and prayers,” the White House said in a statement.

“The president expressed amazement at the courage and determination Rep. Giffords has shown along her incredible road to recovery, calling her an inspiration to his family and Americans across the country,” the statement added.

Giffords, Arizona’s first and only Jewish congresswoman, was shot and seriously wounded when gunman Jared Lee Loughner allegedly opened fire at a meet-and-greet event at a strip mall.

She was not expected to survive but has made a remarkable recovery and returned to Capitol Hill last summer to vote to raise the debt ceiling.

Her political future is still up in the air, and Giffords faces a May deadline to file to run for reelection in November.