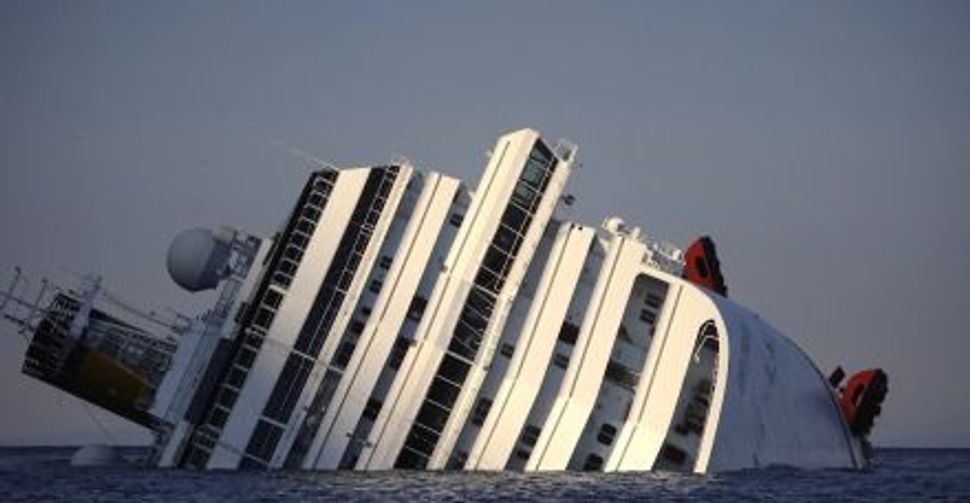 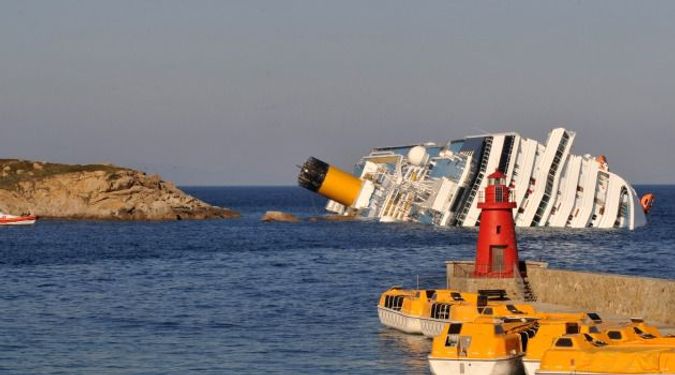 **Cruise Catastrophe*: All seven Israelis on board a doomed cruise liner were rescued after the boat ran aground off the coast of Italy. Image by getty images

Israel’s Foreign Ministry revealed Friday night that seven Israelis were rescued from an Italian cruise ship that ran aground and keeled over near the coast of Tuscany.

According to the Ministry, the three couples and one young girl were unharmed by the accident which killed three. The Ministry is unaware of any other Israeli nationals on board.

An official involved in the rescue operation said two French tourists and a Peruvian crew member were dead. Around 70 people were injured, at least two seriously.

The State Department estimated that 126 Americans were on board the doomed Costa Concordia. It was not known whether they were among the missing, the New York Times reported.

Authorities opened a criminal investigation for possible manslaughter and Italian news agencies reported that the ship’s commander, Francesco Schettino had been detained by police.

The vessel’s operator, Costa Crociere, a unit of Carnival Corp & Plc, the world’s largest cruise operator, said it had been sailing on its regular course when it struck a submerged rock. In a television interview, the ship’s commander said the rock was not marked on any maritime charts of the area.

However it remained unclear how the 290 metre-long ship had been able to run aground in calm waters so close to the shore.

“We’ll be able to say at the end of the investigation. It would be premature to speculate on this,” said coastguard spokesman Filippo Marini.

The vessel was left capsized on its side in water 15-20 meters deep, with decks partly submerged, not far from the shore. A large gash was visible on its side.

Officials said the search would continue overnight although darkness and the cold seas would make the work difficult.

Different officials gave varying estimates of the number of missing, with some talking of as many as 70 but there remained considerable uncertainty over how many were really missing and how many had simply not been counted in the confusion.

“We are not sure of the numbers, we cannot exclude that some people are missing, in fact it is very probable,” said Ennio Aquilini, head of the fire service rescue operation.

“It could be 10, 20 up to 40 but I cannot give anything more precise. There is a possibility that no one is missing.”