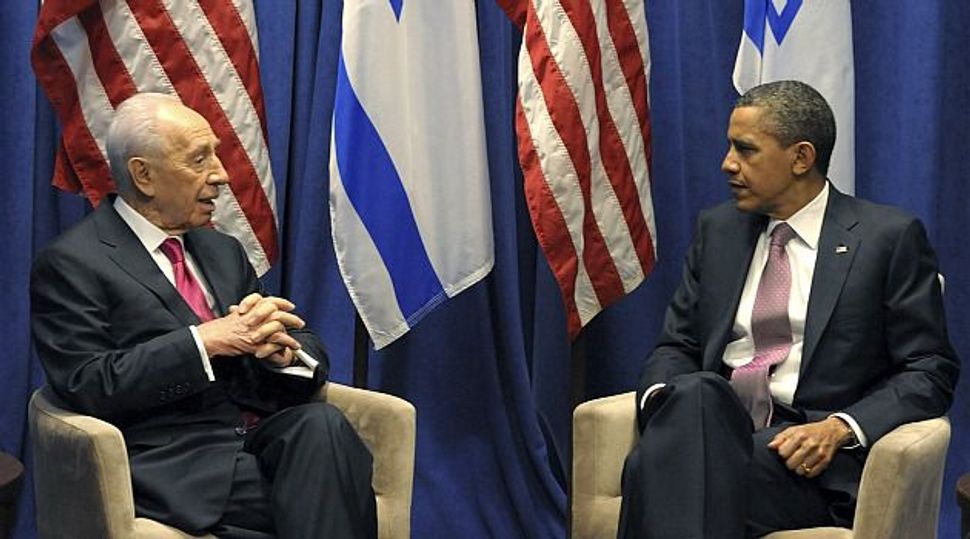 President Barack Obama said on Sunday that the entire world has an interest in preventing Iran from obtaining nuclear weapons, and that all options remain on the table to keep Iran from going nuclear.

“We all prefer to resolve this issue diplomatically,” Obama said in an address at the pro-Israel lobby group AIPAC’s policy conference in Washington. “Having said that, Iran’s leaders should have no doubt about the resolve of the United States, just as they should not doubt Israel’s sovereign right to make its own decisions about what is required to meet its security needs. I have said that when it comes to preventing Iran from obtaining a nuclear weapon, I will take no options off the table, and I mean what I say.”

“That includes all elements of American power. A political effort aimed at isolating Iran; a diplomatic effort to sustain our coalition and ensure that the Iranian program is monitored; an economic effort to impose crippling sanctions; and, yes, a military effort to be prepared for any contingency.”

Obama spoke shortly after President Shimon Peres told the same conference that “there is no space” between the U.S. and Israel on Iran policy.

“Iran’s leaders should know that I do not have a policy of containment,” Obama said. “I have a policy to prevent Iran from obtaining a nuclear weapon. And as I’ve made clear time and again during the course of my presidency, I will not hesitate to use force when it is necessary to defend the United States and its interests.”

Obama criticized recent public speculation about the possibility of military action against Iran.

“Already, there is too much loose talk of war,” Obama said. “Over the last few weeks, such talk has only benefited the Iranian government, by driving up the price of oil, which they depend upon to fund their nuclear program. For the sake of Israel’s security, America’s security, and the peace and security of the world, now is not the time for bluster; now is the time to let our increased pressure sink in, and to sustain the broad international coalition that we have built. Now is the time to heed that timeless advice from Teddy Roosevelt: speak softly, but carry a big stick.”