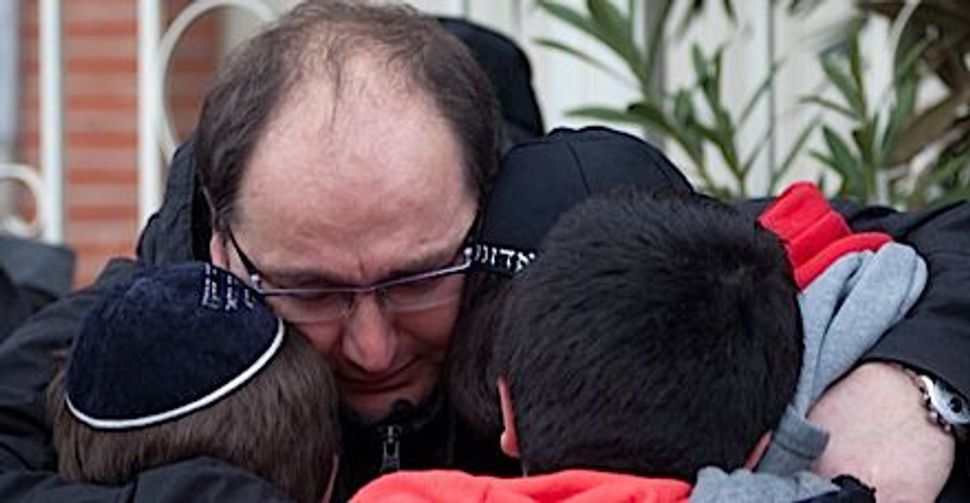 The deadly shooting incident at a Jewish school in Toulouse comes at a particularly sensitive time for everyone in France.

Other than the harrowing sight of schoolchildren being shot on their way to school, it undermines the efforts of the French presidential candidates to sway the public attention away from ethnic tensions that have been simmering beneath the surface.

Both President Nicolas Sarkozy, seeking re-election in next month’s vote, and the leading contender, Socialist Francois Hollande, canceled previous engagements and went to the south-western town. They both issued statements in which they condemned the “horrific” incident.

Even though this is the third such incident in that region in the span of a week (albeit not the most bloody), it is only when Jews are involved — it seems — that a local criminal affair becomes a national talking point.

French Jews, concentrated mostly in Paris and the southern city of Marseille, have long been the punching bag of France’s acrimonious relations with its minorities, especially those of Arab origin.

The republican model so revered by the French establishment firmly rejects the manifestation of multiculturalism and religiousness in the public sphere, a rule many immigrants have difficulty conforming to.

This is not only because their North African culture and Muslim religion are often the most significant part of their identity, but also because this ideal is never fully implemented: even when they shed every particularistic feature from their public persona, the color of their skin gives them away and the door is open to racial discrimination.

For more, go to haaretz.com