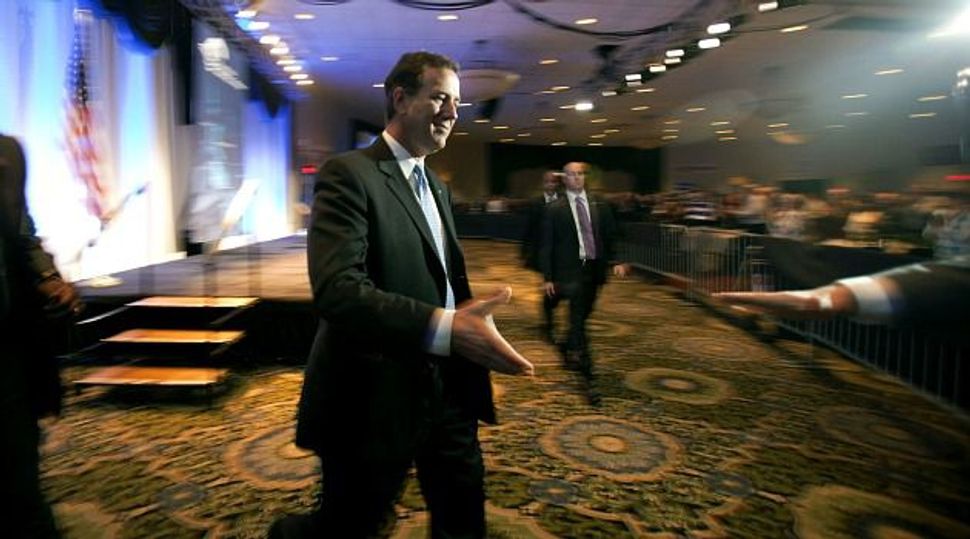 Next Stop, Wisconsin: Rick Santorum thrashed Mitt Romney in Louisiana?s primary and heads for another Midwest showdown in Wisconsin. Image by getty images

It was the latest in a Deep South winning streak for the former Pennsylvania senator, who previously took Alabama, Mississippi and Tennessee.

Romney, who won a convincing victory in Illinois last Tuesday, has been shut out in the Bible Belt. Gingrich, who won Georgia and South Carolina, continued to fade from playing a major role in the race.

Because of arcane party rules, Santorum won just 10 delegates in Saturday’s win, compared to five for Romney. The rest of the state’s 43 delegates get divvied up later or are unbound to any candidate.

The next big battleground is April 3 in Wisconsin, where Santorum’s folksy conservatism clashes with Romney’s appeal to suburban and more-affluent Republicans.

Either way, Romney is far ahead of his competitors in the delegate race, although he is barely ahead of all of them combined.