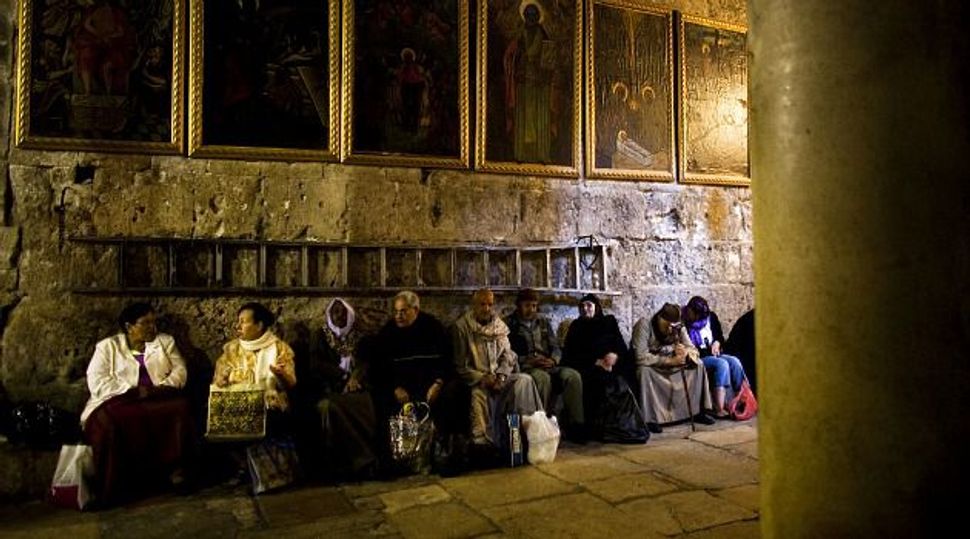 Street View, the Google maps technology that allows users to pan 360-degree views of streets and sights, was launched Thursday in Israel with views of Jerusalem, Tel Aviv and Haifa.

Jerusalem was photographed by the Google team in October and November of 2011, using its specially-adapted vehicle, the soft autumn light and puffy clouds imparting a special grace to the city.

Most users of the new service will probably be virtual tourists looking forward to getting a unique look at the Western Wall or other monuments. But there will also be real tourists who will try to use it to find their way through the Old City’s alleyways.

But the software also provides a glimpse of Jerusalem that goes beyond simple directions. A look at the details also reveals the deeper veins of political and social tensions running through the capital. For example, the Google vehicle unknowingly documented the birth of a new enclave in East Jerusalem, when, as it navigated the Arab neighborhood of Beit Hanina, it encountered the right-wing activist Aryeh King. King was being interviewed by a camera crew near the home of the Natsheh family. Last week, King managed to bring about the family’s eviction after the court ruled that the home had been legally purchased by Jews in the 1970s; settlers have since moved in, and on Saturday, stones were thrown at the home. In Google’s Street View, King is seen standing at the entrance to the home with his trademark motor-scooter nearby.