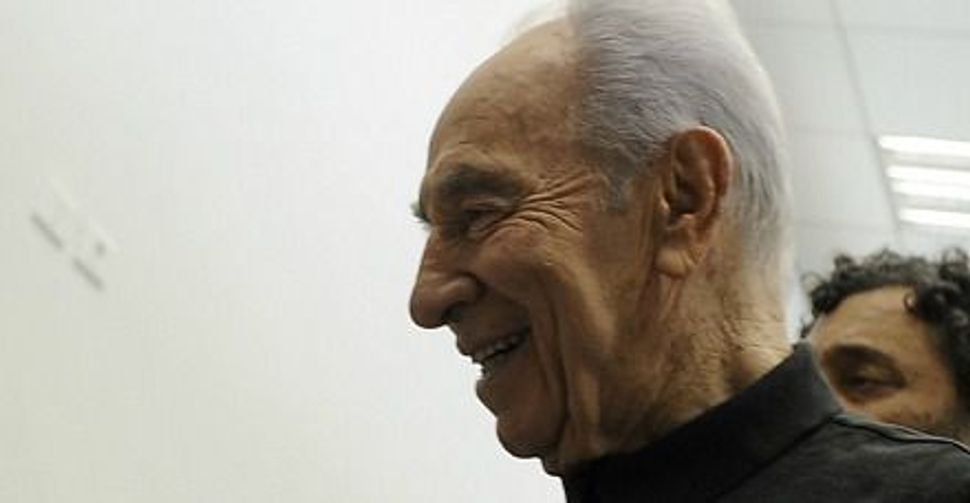 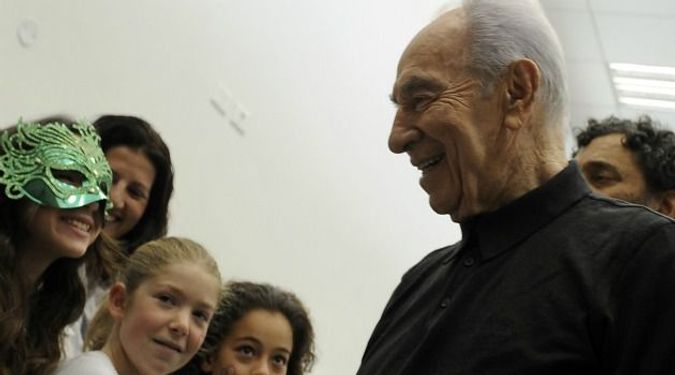 Super Shimon: At 88, Shimon Peres is showing few signs of slowing down. He is supposed to retire in two years, but hasn?t turned his thoughts to relaxing yet. Image by getty images

The incidental interviewer doesn’t have to break a sweat to get President Shimon Peres to sit back in his armchair and detail, with enthusiasm and at length, his vision of what the State of Israel will ideally look like in three years’ time. After all, Peres and vision are synonymous. Like in Shmulik Kraus’ song, Peres is one of those who sees far and sees transparently. Everything is clear to him, everything is lucid and understood.

Peres is in no doubt that he sees correctly. His only bother is that the folks around him do not see what he sees. And, perhaps, it bothers him that he will no longer be around when things sort themselves out and fall into place, in accordance with the guidelines he has drawn up for them.

Speaking with Peres about retirement at 67 is like talking to the Pope about converting to Islam. Peres passed that age 21 years ago, and as he says of himself, not a day has gone by – neither before nor after he turned 67 – that he has not toiled for peace.

Peres’ official retirement is scheduled to begin two years and three months from now, when he will be 91. Then he will have to bid farewell to the President’s Residence, his workplace for the past five years, and embark, for the first time since he was 25 or 26 – who can remember? – upon civilian life, without a job and title.

To say that he is beside himself with excitement at the prospect would not be accurate. Good souls around him come to him and say: “What is this notion of retiring like this in midlife? Arrange another term for yourself at the Residence, another seven years of activity. When you are 98 we can talk about taking a little rest.”