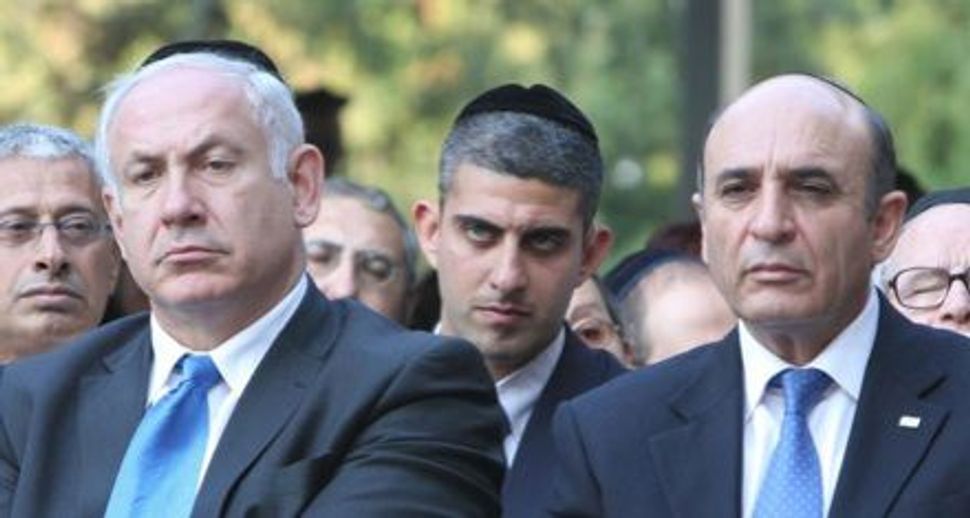 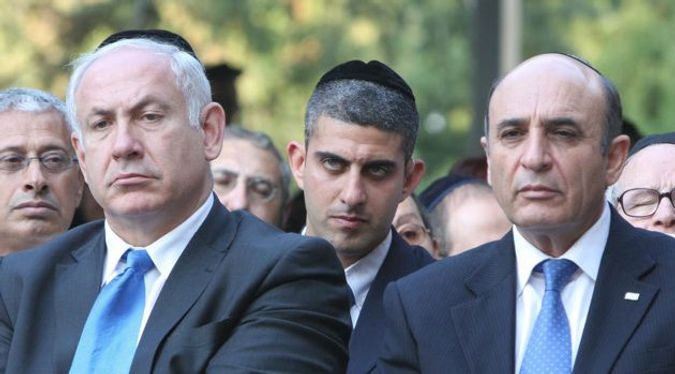 Partners: Kadima?s Shaul Mofaz, right, is expected to be appointed to a cabinet position in a new government led by Prime Minister Benjamin Netanyahu. Above, the men at a 2008 service in honor of Yitzhak Rabin. Image by getty images

Under the agreement, Kadima will join Netanyahu’s government and support its policies in exchange for a commitment that the government will support its proposal for an alternative to the Tal Law, which allows full-time yeshiva students to defer national service.

Sources in Kadima told Haaretz that Mofaz is expected to be appointed as a minister in the government. Likud sources confirmed this, adding that they expected that Mofaz would become a minister without portfolio.

The dramatic announcement, which has yet to receive official confirmation, came as the Knesset was conducting early-morning discussions ahead of an expected vote to disperse in advance of early elections. Earlier in the evening, 119 MKs voted to approve in its first reading a bill to disperse the body, with only one lawmaker opposed.