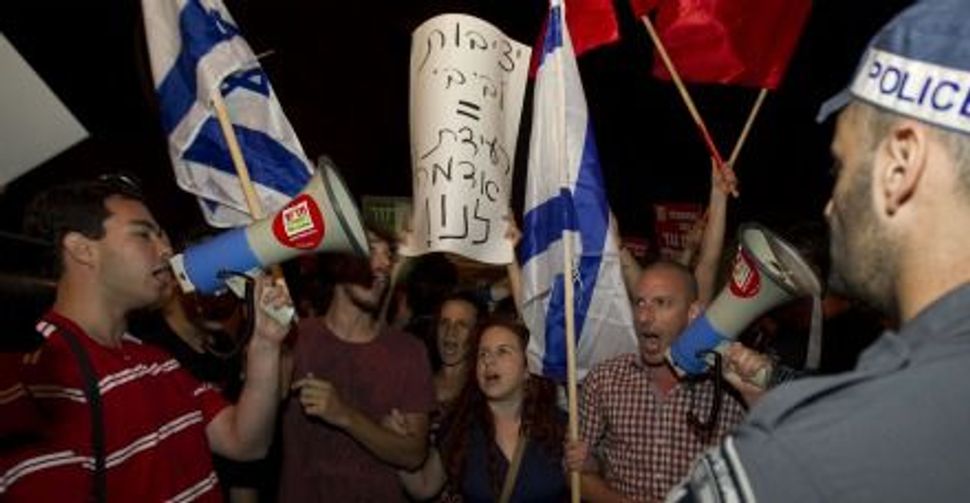 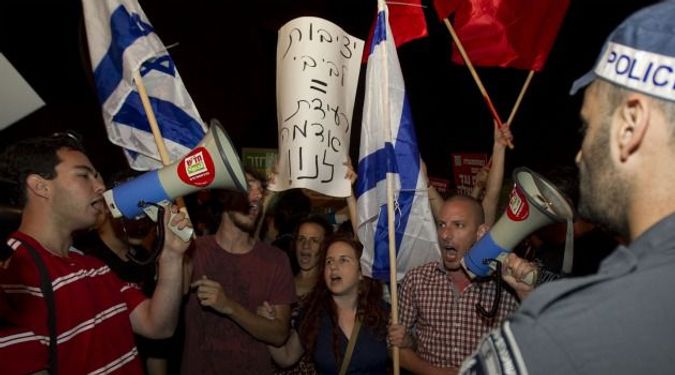 Over 1,000 people demonstrated on Tuesday night near the Habima Theater in Tel Aviv against the deal struck between Prime Minister Benjamin Netanyahu and Kadima leader Shaul Mofaz.

The protest, which took place near where the 2011 summer protest began on Rothschild Boulevard, included waved flags, and chanted slogans such as “Bibi, go home.”

Several politicians spoke to the crowd, among them former Kadima head Tzipi Livni, Isaac Herzog (Labor) Nitzan Horowitz (Meretz), and Dov Khenin (Hadash). “These young people deserve a different form of politics – one of principles and not of survival. This is what the struggle is about,” Livni said.

The police, which declared the protest illegal, arrested several people, including journalists, after attempting to prevent demonstrators from marching toward the Likud party headquarters on King George St. in central Tel Aviv. A protest was also held in Be’er Sheva, where 150 demonstrators held signs and chanted slogans in the Merkaz Hamorim square.

“I and the [other] activists have been flooded with inquiries since this morning,” said social protest leader Stav Shaffir. “People are angry, asking, ‘What to do? What to do?’ People feel betrayed — not just that they lied to us twice in 10 days, but that they betrayed us: They created a clenched, unbreakable fist around the policies we disagree with.”