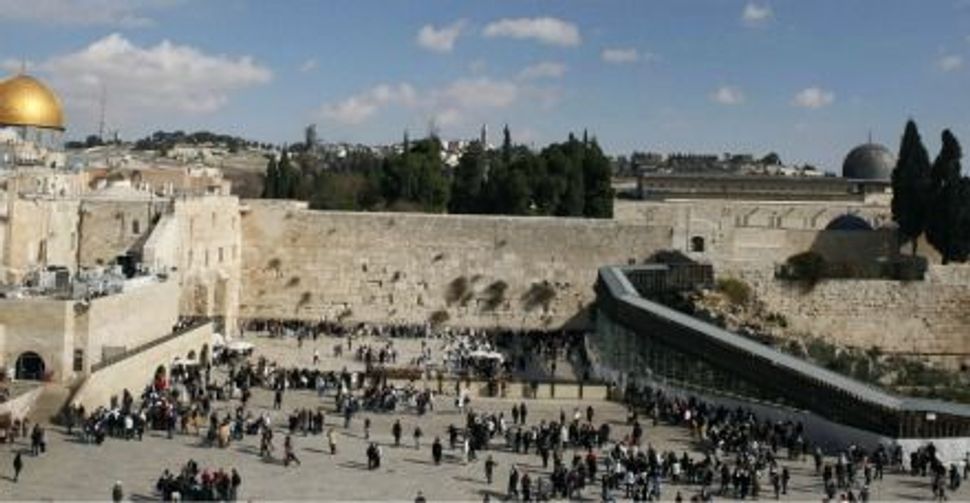 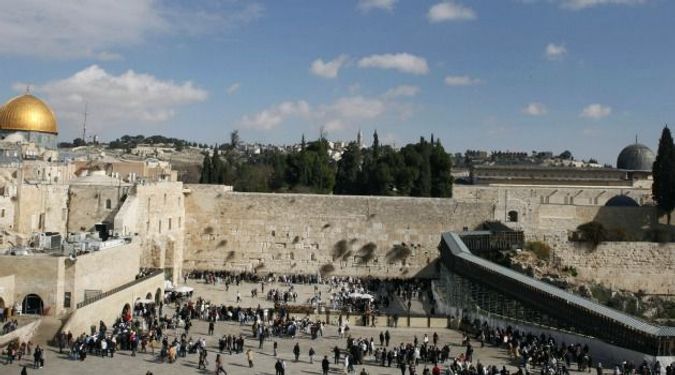 No Shade: Tourists, especially pale ones from Europe, find it difficult to tolerate the bright sun on the plaza in front of the Western Wall. Image by getty images

It was a beautiful, partially cloudy spring day in Jerusalem on Tuesday, with temperatures reaching 25 degrees Celsius in the shade. A perfect day for strolling around nearly any part of the city, with one truly glaring exception: the Western Wall Plaza. The glaring whiteness of the plaza pavement reflected the heat, and the complete absence of trees, buildings and pergolas ensured that there was not a speck of shade. The result is an almost unbearable experience for worshipers and tourists who congregate at the Judaism’s holiest site. The situation will only become worse with the arrival of summer.

Light-skinned tourists, mainly from Europe, seem to turn bright red within minutes of standing around the plaza. But all visitors, regardless of skin tone, find that they are sweaty, uncomfortable, dazzled by the glare and desperate for a bit of shade. About 20 people could be seen on Tuesday crowded together, almost lying down, to take advantage of the shade offered by a low fence on the western part of the plaza. Another group huddled in a patch of shade near the bathrooms. The tour guides quickly whisked their groups away from the broiling plaza to shadier spots.

“I was at bar mitzvah on the eve of Passover, which isn’t yet summer, and people said it was impossible to concentrate on the prayers,” recalls Ofer Cohen, chairman of an NGO, called the Lobby for Jewish Values. “Anyone who prays when it is hot has to finish the prayer quickly – it isn’t praying with a focused mind,” says Cohen, who has asked the ministers of tourism and religious affairs to try to solve the problem.