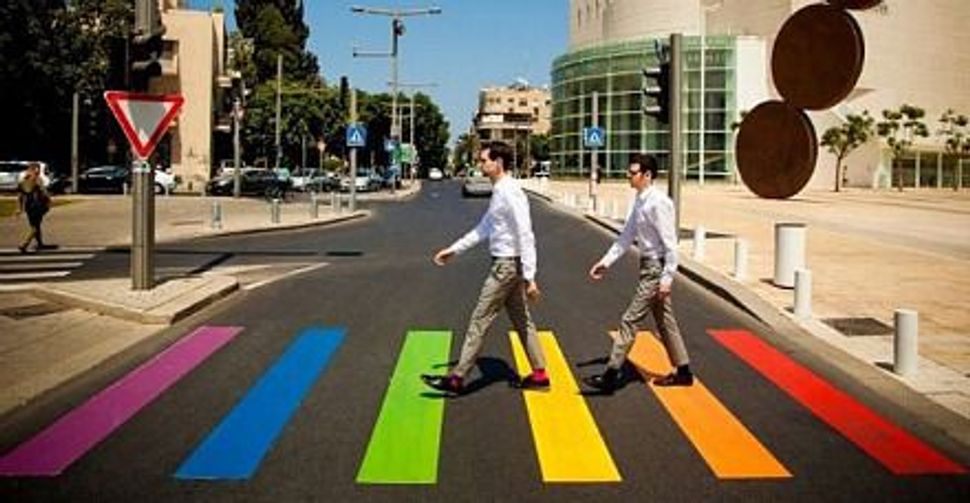 Image by city of tel aviv

The Tel Aviv municipality provoked public ire this week when, in a bid to advertise Gay Pride Day, it painted a city-center crosswalk in rainbow colors and posted photos of the stunt on Facebook – only to repaint it white a few hours later.

The municipality launched its advertising campaign ahead of next month’s Gay Pride Parade on Tuesday. As part of its campaign, it posted a photo on its Facebook page of a crosswalk on central Rothschild Boulevard, near the Habima national theater, painted in the colors of the rainbow.

In a press release distributed with the photo to the media, city hall explained, “Pictured in the photo are members of the electronic group TYP: Ivri Lider and Johnny Goldstein, and it corresponds with the famous picture from the album Abbey Road by the Beatles.” The statement added that the band is scheduled to headline the Gay Pride Parade’s main concert on June 8.

The photo elicited hundreds of delighted comments and ‘likes’ on Facebook, and some people wrote that they planned to head to the area to take pictures of the unique sight.