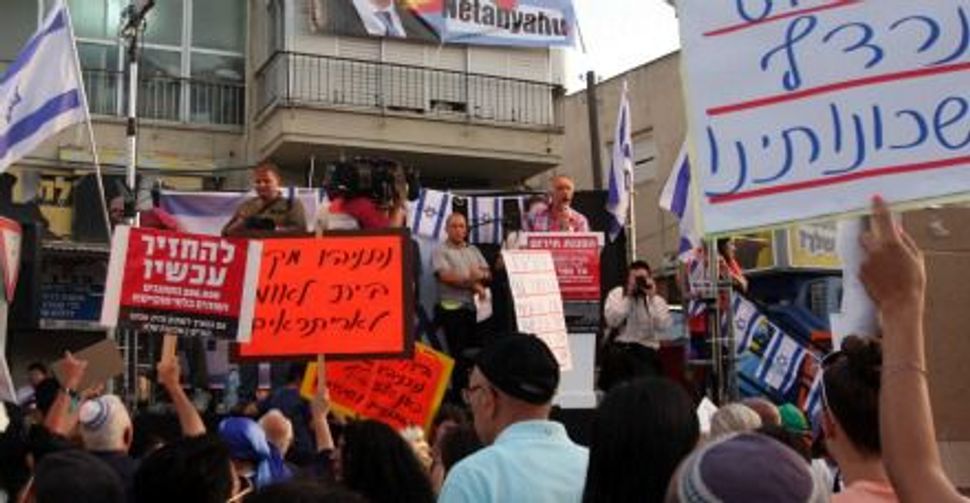 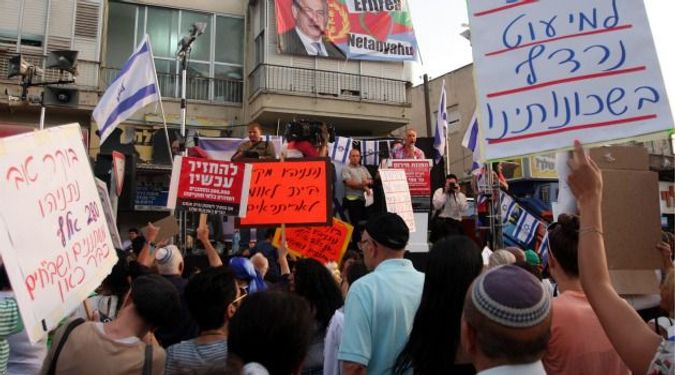 The protesters, which amassed in the Hatikva neighborhood, shouted slogans against Prime Minister Benjamin Netanyahu, and some held signs in support of Interior Minister Eli Yishai. Others held signs that read “infiltrators go home” and “south Tel Aviv is a refugee camp.”

Some of the demonstrators attacked passerbys, including African migrants. Trash cans were also lit on fire.

Nine people were arrested, some while they were beating Sudanese migrants. One person was injured by a firecracker.

MKs such as Miri Regev (Likud), Danny Danon (Likud), Yariv Levin (Likud) and Ronit Tirosh attended the protest, which included a stage draped in a banner of Netanyahu with an Eritrean flag.