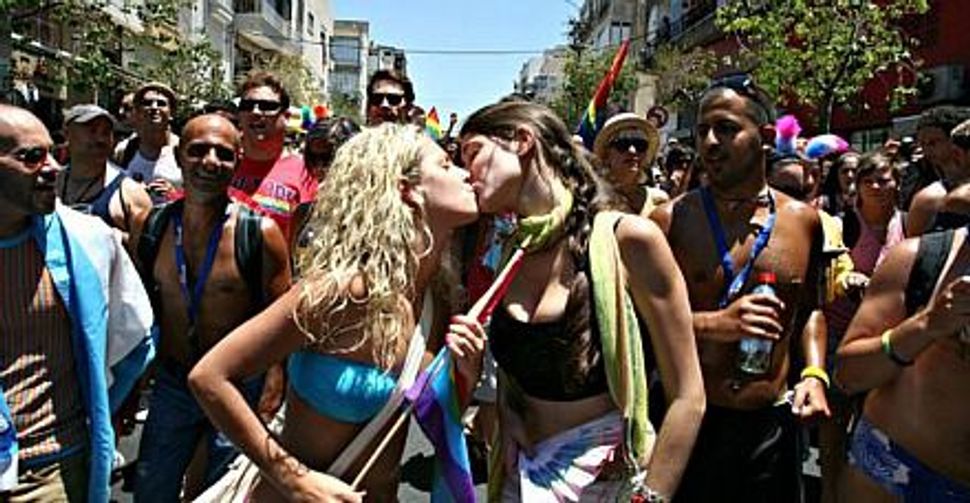 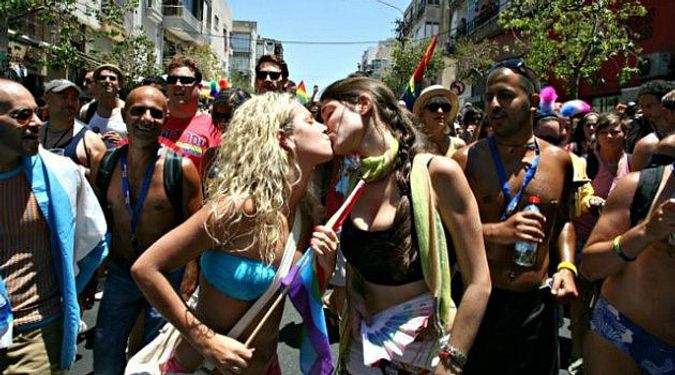 Smooch City: Gays and lesbians take to the streets of Tel Aviv for the annual celebration of pride. Image by haaretz

The parade got underway in Gan Meir park, following an event which marked the conclusion of the week-long carnival in Israel’s largest city. Among the speakers were top political and municipal officials, including U.S. Ambassador Dan Shapiro.

Opposition leader Shelly Yachimovich (Labor) said that “on this joyful day there’s a need to remember that we have only completed a part of the long way ahead of us.” Yachimovich added that the call for gay rights and for social justice is identical: “it’s the same fight. You will never march alone.”

Meretz chair Zahava Gal-On (Meretz) accused politicians, rabbis and other public figures in discriminating against the gay community, asking them to follow Obama’s lead: “next time there’s a vote on a bill for civilian marriage, which included same-sex marriage, don’t oppose it, endorse it.”

Wearing a t-shirt depicting the gay pride flag, U.S. envoy Shapiro addressed the crowd in Hebrew, saying that “this is a day to celebrate and rejoice. Human rights are gay rights and gay rights are human rights.” Also mentioning Obama, Shapiro said that the U.S. administration is showing dedication in removing the obstacles on the way to equality.