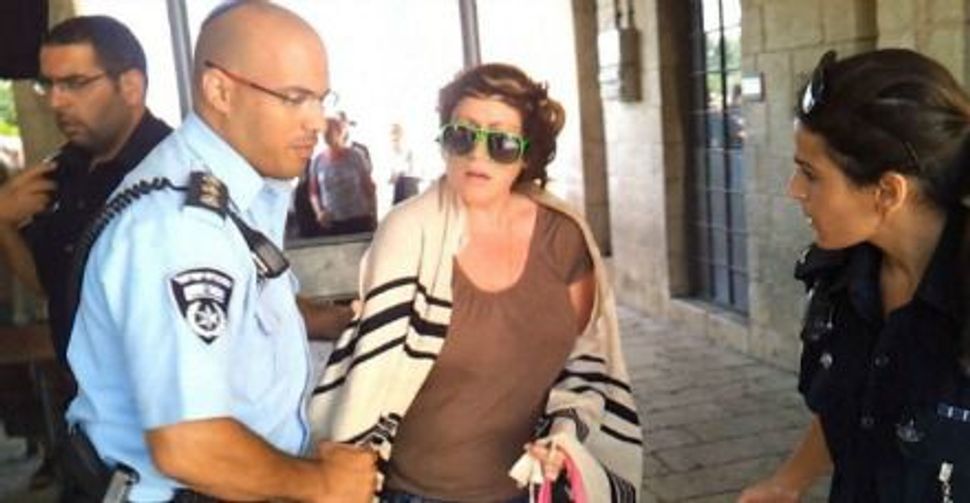 Image by courtesy of women of the wall 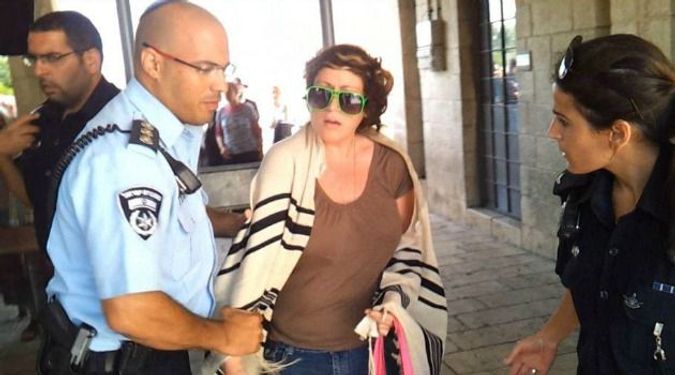 Image by courtesy of women of the wall

Jerusalem Police detained an American woman for nearly four hours on Thursday for wearing a tallit, or prayer shawl, “incorrectly” at the Western Wall.

Deb Houben, a native of Boston, was taken aside by police after concluding a prayer service celebrating the beginning of the Hebrew month with 65 other people from Women of the Wall, an organization that campaigns for the equal right to pray publicly at Judaism’s most holy site.

Many of the women participating in the service were also wearing prayer shawls, but Houben was detained for wearing hers “incorrectly” – meaning wrapped around her shoulders, rather than draped across her neck like a scarf.

Houben said that police officers approached her during the prayer session and told her to readjust the shawl, to which she complied. Following the prayer session, as the women made their way through security down to Robinson’s Arch to read from the Torah, she put the prayer shawl back around her shoulders, at which point police pulled her back through the security gate and detained her for disturbing the peace.

“I was wearing it incorrectly. I was wearing my tallit like a tallit, not like a scarf,” said Houben. At no point was she told to remove the shawl completely, she said.