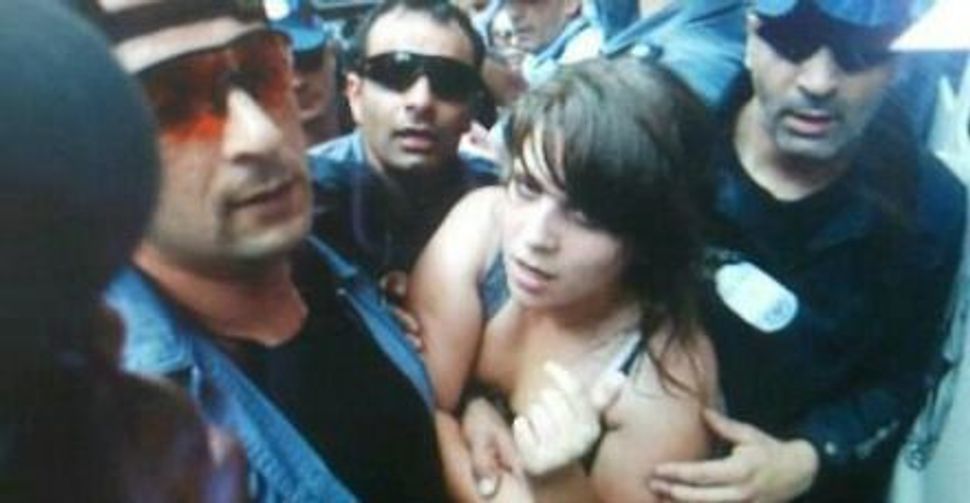 Image by courtesy of daphni leef 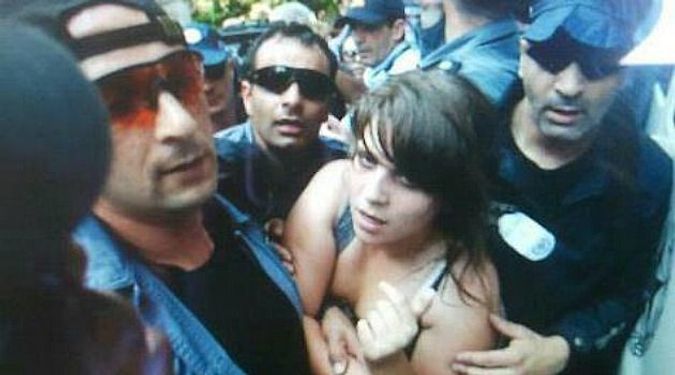 Daphni Leef, one of the leaders of Israel’s social justice protest movement, was arrested by police on Friday afternoon during a demonstration on Tel Aviv’s Rothschild Boulevard.

The demonstration, which began around noon, was meant to revive the social justice protests that swept Israel last summer.

Several hundred demonstrators carried tents to the site, which they attempted to set up along the street. However, municipal inspectors and police prevented them from placing the tents on the ground and began arresting protesters.

Leef was dragged by force into a waiting police car, prompting hundreds of demonstrators to block the road with their bodies in an attempt to prevent the car from leaving the site.